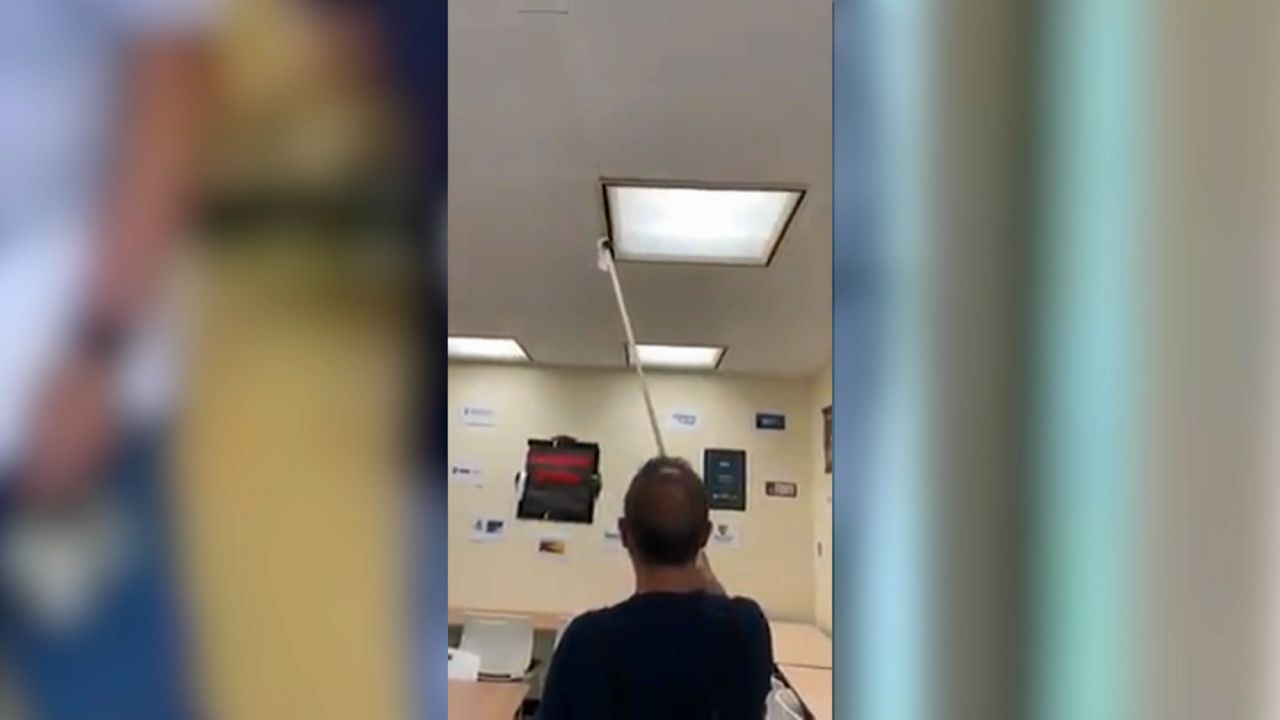 The de Blasio administration has begun inspecting the ventilation of every school in the city to make sure children do not return to classrooms where the coronavirus can easily spread. On Wednesday, video of one of those inspections went, well, viral.

Inspectors used a strip of toilet paper, attached to a stick with a binder clip, to check the airflow in a classroom. It did not exactly inspire comfort.

But city officials say the method is on the up-and-up.

"I talked this morning with our health folks and they said, 'Yeah, it is a matter of making sure there is consistent airflow coming out of it and that's the way the CDC recommends you test these things as well,'" Mayor de Blasio said.

The video was taken during an inspection inside the Martin Luther King Jr. Educational Campus, on Amsterdam Avenue and West 65th Street. It shows a test of the vents in a windowless classroom. Most of the vents tested did not move the toilet paper, a bad sign.

"In a size like this, one is not enough," the inspector said.

In the video, someone off-camera asks the inspector what happens if only one vent in a room is working -- and he says his mandate is only to determine whether air is flowing to the room, not whether the stream of air or the amount of vents working are enough for the room.

Asked whether the city will measure how well a vent works, or whether enough vents in a room are working, the mayor -- who had just observed a ventilation inspection in the Bronx -- said he did not know.

"I don't want Richard and I to pretend to be engineers. Why don't we tomorrow get someone in for the press conference who is actually an expert," he said. "The goal here is to maximize the amount of air flowing through a room, so I understand videos, and I understand concerns and people question bureaucracy, but the charge given to these engineers tell us if it's good enough, tells us if we've got to fix it. We're not afraid to fix things."

A city schools spokesman said any classroom without proper ventilation won't be used. The first day of school is scheduled for September 10, just two weeks away.