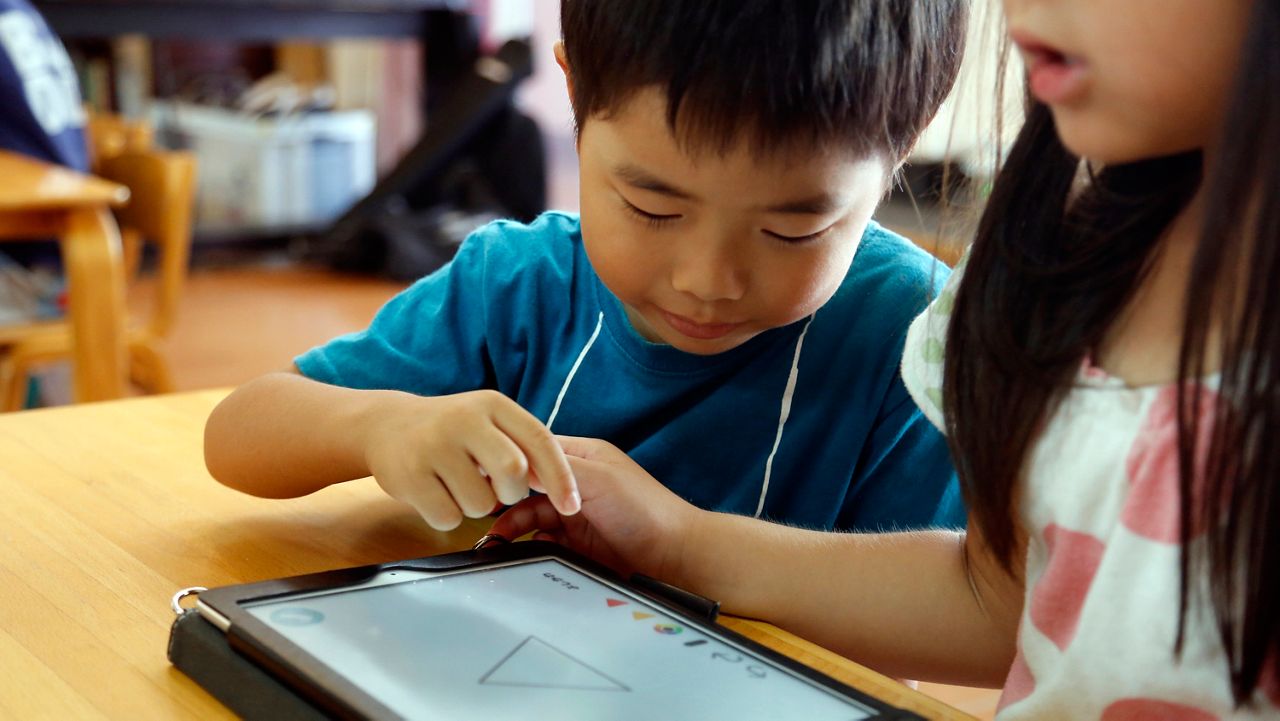 NEW YORK CITY — Blended learning students will have separate teachers for the days they learn in classrooms and days they learn remotely, guidance sent to principals shows.

"What was important was to determine a good working model," Mayor Bill de Blasio said Thursday. "[We're] taking a team approach to make sure kids are reached every day in the best way possible."

De Blasio announced his agreement with the United Federation of Teachers, the labor union for New York City educators, just two weeks before schools are slated to reopen on Sept. 10.

Teachers will work as a team along with Virtual Content Specialists who will help provide instructional resources for online learning, according to documents sent by the Department of Education and obtained by NY1.

It appears that the specialists had yet to be hired as of Thursday.

"Additional guidance on posting and filling the role is forthcoming," the documents read.

It remains unclear how schools will provide adequate staff to guarantee two teachers to each blended learning student, Chen admitted.

De Blasio promised "thousands of reinforcements" — substitute teachers and those not previously in classrooms — would step into play.

Public Advocate Jumaane Williams Thursday will call on Mayor Bill de Blasio to delay reopening schools, a proposal de Blasio said he respected but with which he could not agree.

"Our kids have been waiting to have their education resume," de Blasio said. "I'm confident we can have all the pieces in place."

The de Blasio administration has repeatedly garnered criticism from parents, teachers and principals concerned about last-minute preparations that include a sudden reversal on outdoor learning and a one-week inspection of ventilation in more than 1,700 schools.

The DOE has received reports on 99 schools and found 92 percent of classrooms were fit for students, Grillo said.

Among the most vocal is City Councilmember Mark Treyger, who shared Wednesday footage of a ventilation inspector checking air flow with toilet paper, a binder clip and a stick, a measure de Blasio later said was approved by the Centers for Disease Control and Prevention.

"School communities are asking: how much of the toilet paper has to move around to determine adequate air flow?" Treyger tweeted. "Let that sink in."

Outdoor learning has raised questions of equity after de Blasio suggested affluent PTA groups should help poorer schools prepare and a group of Bronx schools noted streets outside their buildings were littered with drug paraphernalia and plagued by gun violence.

"Outdoors is optional, outdoors is additional," de Blasio said. "It's up to all of us to serve our parents and serve our kids."

Parents are also waiting for more information on promised city-provided childcare. De Blasio declined to provide detail Thursday, saying his adminsitration was still working on how to prioritize placement, but promised more information would be coming "shortly."