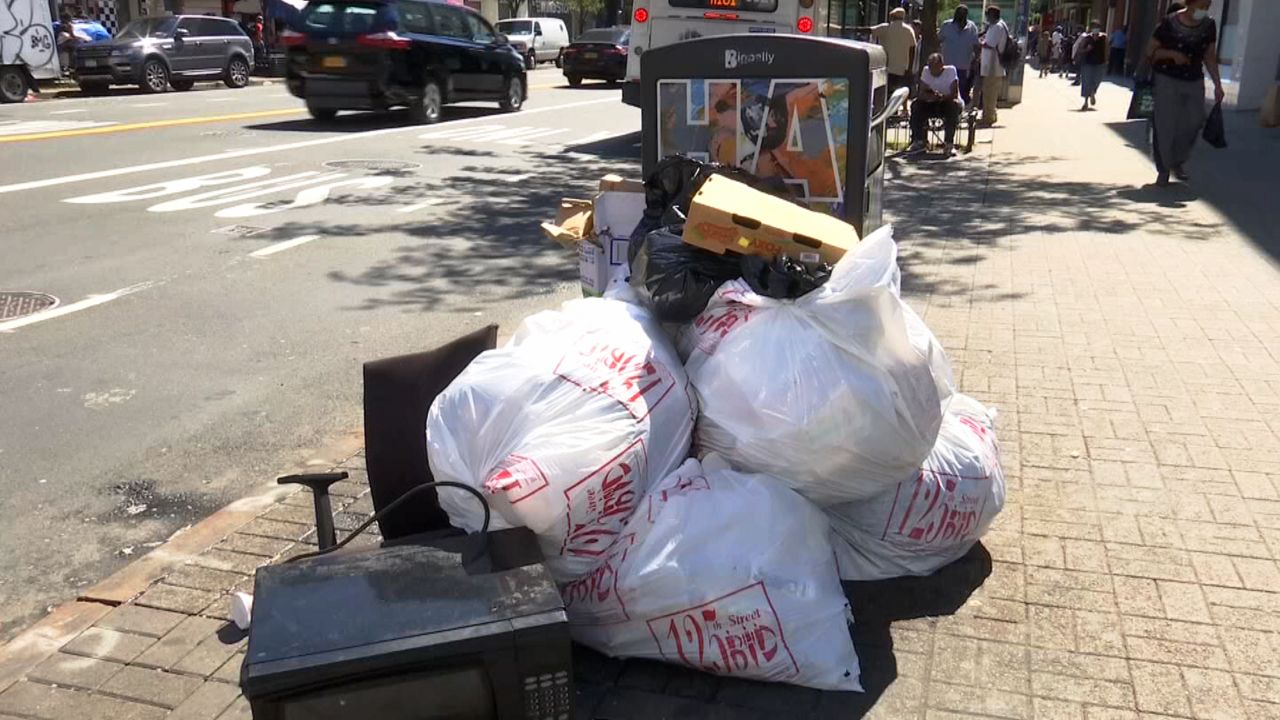 Overflowing trash bins near 125th Street and Lenox Avenue are becoming a common sight in commercial districts across the city.

Business owners say the garbage creates one more challenge to their bottom line.

"The build up is really excessive and it just kind of scares people off a little," said Vida Hernandez, a Manager at Corner Social.

The Sanitation Department scaled back its litter basket pickups because of budget cuts approved by the City Council and Mayor de Blasio.

In Harlem, the cleaning crews financed by 125th Street Business Improvement District are going into overdrive trying to pick up the slack.

"It seems like we are not doing anything. Then when the bags sit there a long time people at night go through them, so when we come back in the morning it is all spread out on the street like we started all over again," said Barbara Askin, the President and CEO of the 125th Street Business Improvement District.

And with the trash comes the rats.

"The rats are getting humongous. They are like the size of cats," said disgusted street vendor, Cesar Lofton.

Stringer, a potential mayoral candidate next year, joined with other elected officials at a press conference denouncing the cuts.

He said the 10 million dollars cut from trash basket collections is less than one percent of the sanitation department budget.

"Do the math. The reality is, the money is still there but the management is not," said the Comptroller.

She says 272 truck routes a week are dedicated trash basket collections, down from 736 routes a week in the last budget, a more than 60% reduction.

"It is not enough. We are working really hard to try and keep up trying to make sure we are as efficient as possible. But it is a lot of material," added Garcia.

Stringer suggested bigger trash cans that need to be picked up less frequently and helping business improvement districts with their cleaning efforts.

Garcia says sanitation is continuing to work with local BID's and community groups on creative solutions for specific neighborhoods.

The 125th Street BID is looking for volunteers to help better staff and expand its clean streets team.