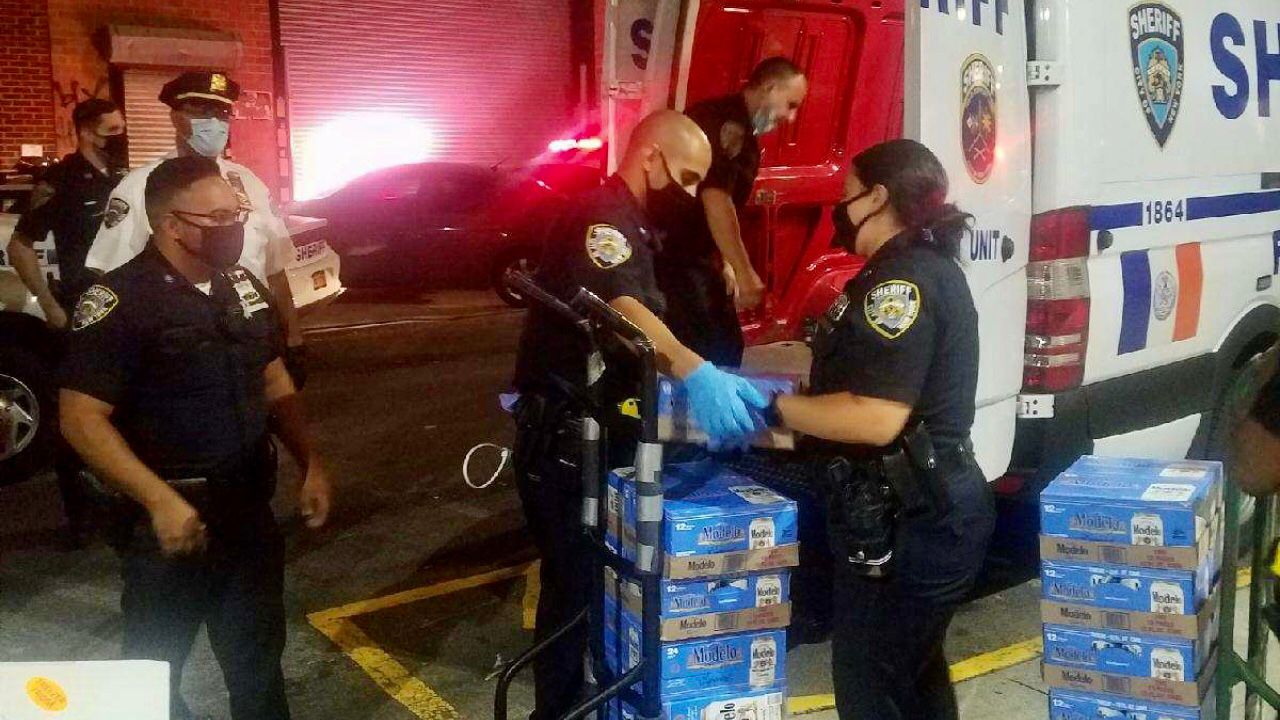 The parties come just days after Mayor Bill de Blasio announced health officials were trying to bring down a spike in coronavirus cases in the neighborhood.

Witnesses told NY1 a rave at a warehouse on 51st Street by 2nd Avenue was playing loud music and had reached capacity, leading to more than 200 people to congregate outside on the street, with most not wearing masks.

The NYC Sheriff’s Office posted pictures of the bust on Twitter, and said that an illegal rave took place not only on 51st Street by 2nd Avenue, but also four blocks away on 47th Street.

In both instances, officials say alcohol was seized and organizers were arrested on multiple charges, including multiple alcohol beverage control law offenses and violation of local emergency law.

Police said the rave on 47th Street had more than 180 people gathered inside and the organizer of the party faces an additional charge for narcotics possession.

“It’s hard to imagine anyone believing an indoor rave is a good idea during a pandemic,” said City Hall Spokesman Mitch Schwartz in a statement. “The Sheriff’s team is actively enforcing illegal gatherings like these, and there will continue to be strong consequences for events that put New Yorkers at risk.”

Some residents who live close to the raves that were busted told NY1 they were very disappointed in the partygoers, especially after Mayor de Blasio had warned that Sunset Park was experiencing a troubling rise in COVID-19 cases.

“People have to use their heads,” said Steve Deseve, who has lived in Sunset Park for the past two years. “If there is a spike in Sunset Park, or even if there isn’t, we just gotta wear the mask, not get close to people and do the right thing. You don’t want to kill people, make things worse.”

“Everyone wears masks here, everyone’s pretty careful,” said Tatiana Gianotten, who lives close to one of the raves that was busted. “So the fact that there’s a lot of raves right now is a little surprising.”