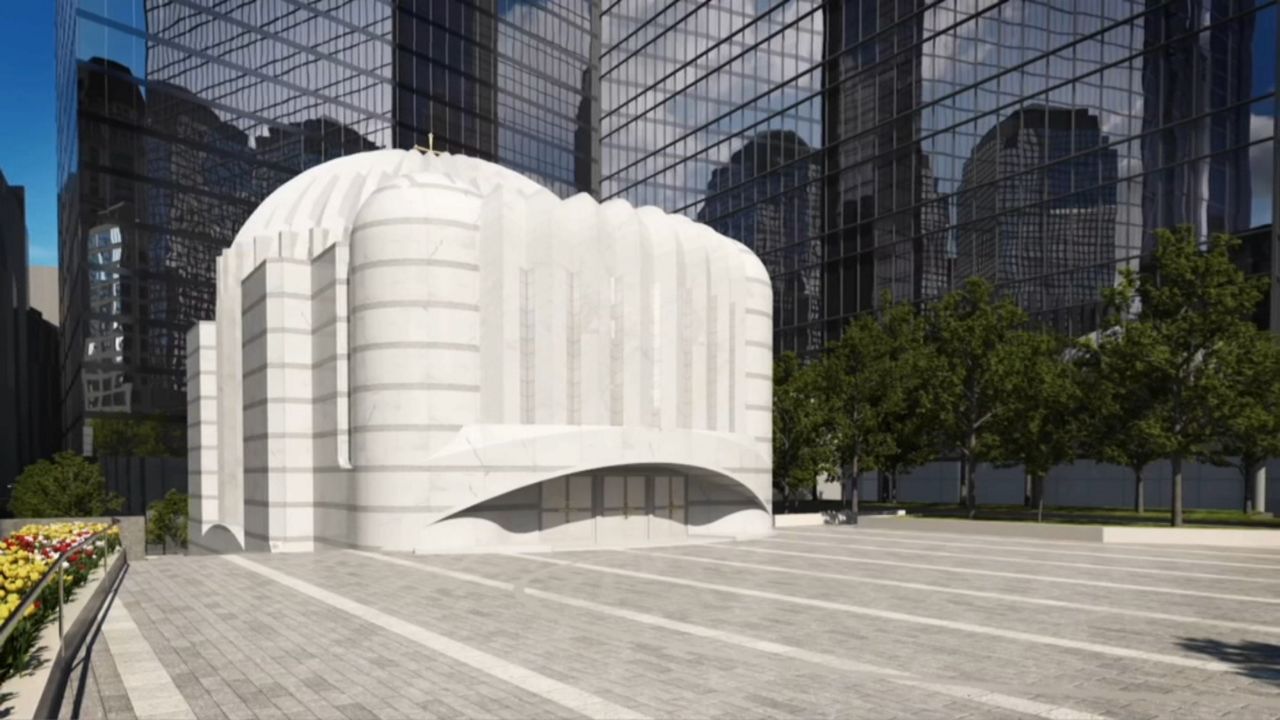 Half-Built St. Nicholas Church on Its Way to a ‘Resurrection’ After 20 Years

It's not too much of a stretch to think that when construction on the new St. Nicholas Greek Orthodox Church and National Shrine in lower Manhattan resumes on Monday, many Christians who have watched the stalled project lurch forward will ponder the central tenet of their faith: rising from the dead.


The leader of Greek Orthodox Christians certainly is. Archbishop Elpidophoros of the Greek Orthodox Archdiocese of America says not only will the building resume its journey to being completed, the promise of renewal will be fulfilled in many ways on hallowed ground.

"It's a resurrection of the lives, of the souls, of the people lost on Ground Zero," says the archbishop.

Seven months after he met Gov. Andrew Cuomo to restart the nearly two-decade-long construction project to replace the only house of worship destroyed on 9/11, Archbishop Elpidophoros will bless the construction workers and church officials before a new skylight is installed in the dome of the church. He says the natural light opening is important as a symbol of "hope for the future, a sign that we have overcome already all difficulties and challenges." He added, "This building will be glowing from the inside out to the world."

The church dates back to 1916, when it was established in a modest building on Cedar Street.

It was destroyed in the September 11 attacks, when the South Tower of the World Trade Center fell.

The effort to build the church, inspired by the Hagia Sophia in Instanbul, and located on Liberty Street across from the 9/11 Memorial Plaza became mired in financial trouble.

The project got back on track when a nonprofit fundraising group was organized in January. A member of its board, billionaire grocery chain owner John Catsimatidis, says not only did the nonprofit manage to raise $45 million in less than three months, but the resumption of work on August 3 will be a beacon of hope in more ways than one.

"This is not only for the Greek orthodox community; it's for all Christians, all Jews, all Muslims," Catsimatidis said, "it's for every religious institution.

"New York needs this construction icon right now, especially because of what's going on with the pandemic."

Originally budgeted at about $40 million, the rebuilding will cost as much as double that. An investigation found nothing improper, though a former archdiocesan official was convicted of stealing money from the religious authority. The St. Nicholas Greek Orthodox Church and National Shrine is still slated to open in September 2021, in time for the 20th anniversary of the attacks.