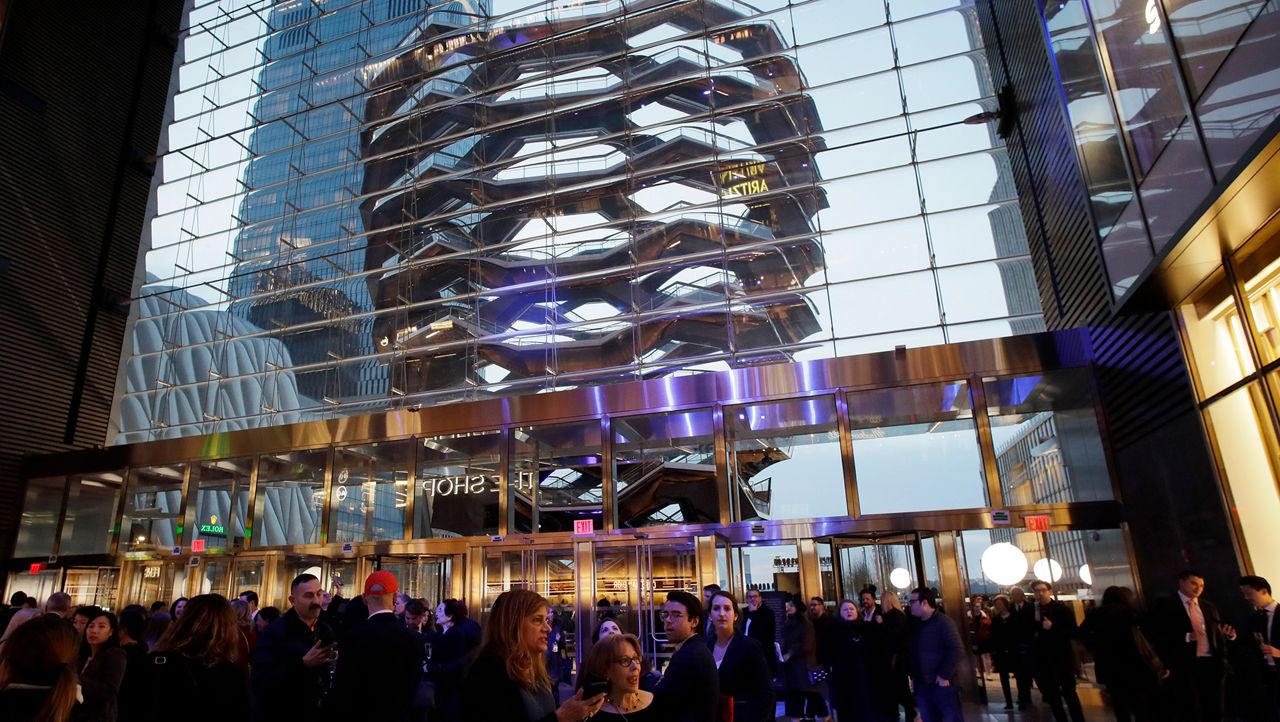 The glitzy Hudson Yards development on Manhattan’s West Side is losing its crown jewel.

Neiman Marcus is closing its Hudson Yards store, less than 18 months after it opened as an anchor tenant of the $25 billion retail, residential and office development.

Like many retailers, Neiman Marcus was already struggling when the pandemic erupted. In May, the company filed for bankruptcy protection.

The closure leaves the Hudson Yards’ developer with 188,000 square feet of empty space, and the loss of a marquee tenant that was expected to help attract shoppers to the mall.

Related Companies said that it actually plans to re-purpose the site from retail to office space.

"If Related is looking for a way to make sure that space does not stay empty for a very long time, then converting it to offices could be a good move, “ said Crain’s New York Business Reporter Natalie Sachmechi.

Sachmechi said that, despite the pandemic, there is still a strong demand for office space in the city, especially from high-tech and financial companies, even law firms. She said the move to work from home will not be permanent.

"We have international capital coming from all over, buying buildings here because they believe that these buildings will keep producing income, because we have these huge companies that are tenants of these buildings,“ said Sachmechi.

Sachmechi said Hudson Yards can survive without a retail anchor because there’s so much going on there.

But what about retail in general in the city? Winer said the pandemic will not be the demise of the retail industry. He predicts once tourism returns high-end retail will pick up again and because Americans still love to shop, other retail sectors will bounce back.

"If you take a look at retail in New York, I think it's in a hiatus, OK? It's like a winter animal, right? It goes to sleep for the winter. I think it's in that state right now, but it will come out again, I strongly believe that” said Winer.

But it could be a while before retail rebounds. Winer doesn’t expect a turn around until 2022.