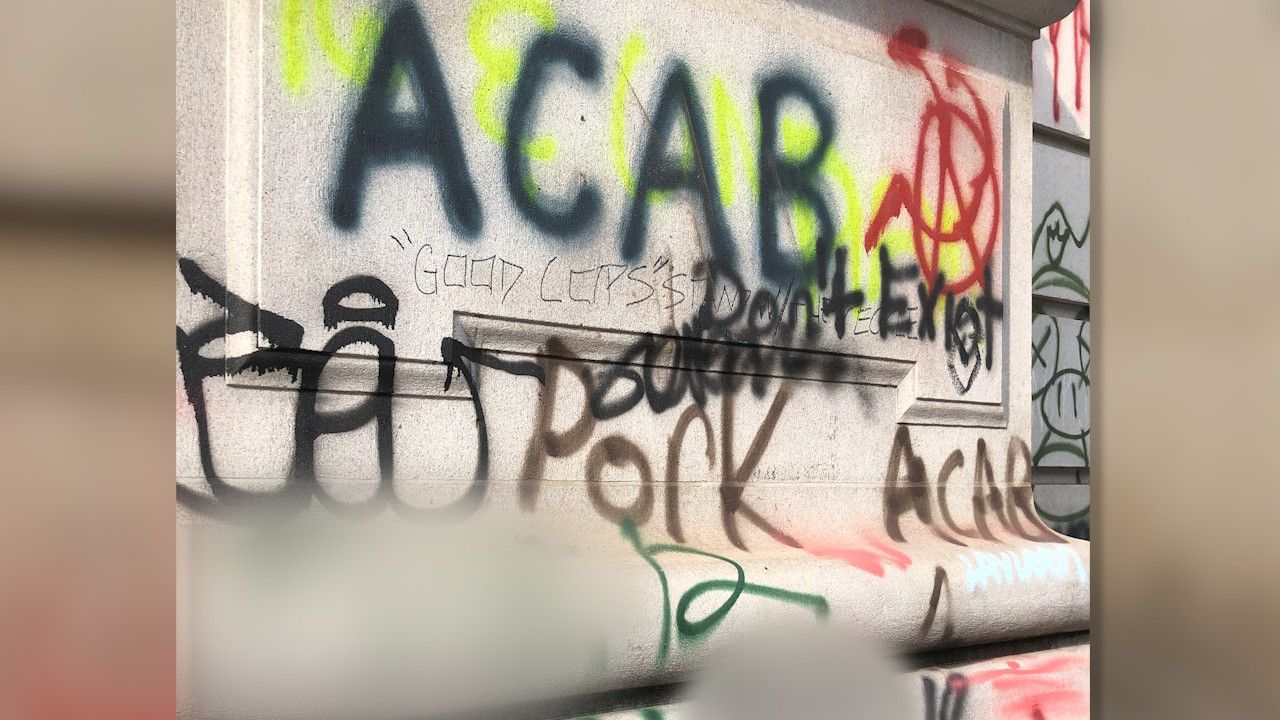 The Occupy City Hall zone is more of a homeless encampment and less of an active protest site these days. It sprung up at the height of police brutality protests around the city and a budget fight to defund the NYPD, but it's now a glaring eyesore in the very backyard of City Hall. For now, the mayor is in no rush to to fix it.

"There is a balance we always strike between the right to protest and especially public safety, and I always put public safety first while respecting constitutional rights," de Blasio said Tuesday during his daily press briefing at City Hall. "That decision will be made by the NYPD as things emerge. We're looking at the situation every day."

The NYPD did not return a request for comment.

Those who helped start the camp — unofficially renamed as "Abolition Park" — acknowledge the camp's protest activity has slowed down, but they say what's happening there now is an encapsulation of the mayor's policy failures. Jawanza James Williams — director of Organizing for VOCAL-NY, which initially helped set up the site — said the group has officially stepped back from it. Williams is still visiting the site, working to help New Yorkers get set up with social services.

"The park looks like it looks because the city is failing its people. We have a homelessness crisis that rivals the Great Depression,” Williams said.

Protesters say, if the administration wants the camp gone, it should provide services, not the NYPD.

"What we're seeing at abolition park is not a reflection of the organizers or the politics in that space, it's a reflection of how the city, the society and the culture itself is failing our most vulnerable people," Williams said. "All we're showing you is a microcosm of what is happening in a grand scale across the whole city."

Graffiti now covers the sidewalks around City Hall Plaza, the Municipal Building across the street and the Tweed Courthouse, home to the Department of Education.

Weeks after the so-called occupation began, de Blasio is refusing to take a position on the future of the camp. He has not ordered its removal, citing people's right to protest and although it's been weeks since the buildings were first tagged there is still no plan for cleaning up.

"I want to be very clear, graffiti on public buildings will be removed, period," de Blasio said.

In some ways, the mayor is caught between a rock and a hard place. He risks angering the left if there is an aggressive raid of the camp and confrontations with the NYPD. But while the camp is allowed to continue to exist, quality of life issues, public health hazards and the symbolism of vandalized government buildings builds by the day.

For some, it's a symbol of urban decay, and although graffiti is not yet a citywide issue, the city's graffiti clean-up program has already been cut, one of the many priorities cast aside as a result of the COVID-19 pandemic.