This story is reported by The City, a Spectrum News partner.

Many proposals, from Brooklyn rezoning to new plans for Queens Amazon site, are frozen. The city will decide who goes first based on help for pandemic recovery and racial justice.

While the pandemic has created New York’s worst economic crisis since the Great Depression, some developers want to forge ahead with major projects they say could help the city recover.

But they’ve hit a roadblock — a halt to the city’s land use process that is now four months old and counting. And a top city official has signaled that proposals will have to meet new criteria — including their impacts on neighborhoods hard hit by coronavirus and on narrowing racial inequality — to get to the front of the line.

Twenty-four proposals in pre-review with city planners are frozen. Projects awaiting certification for public scrutiny range from an ambitious rezoning of the Gowanus Canal area in Brooklyn to a sprawling mixed-use development encompassing the Queens waterfront site once coveted by Amazon.

Left in limbo are all the players in the six-month review process known as the Uniform Land Use Review Procedure, or ULURP, during which developers make their pitches and the public weighs in before the City Council and the mayor get the final say.

“It is critical to the city to get going on ULURP,” said Mitch Korbey, chair of the land use and zoning group at New York-based law firm Herrick, Feinstein. “Doing so will demonstrate the city is in recovery and moving ahead on development.”

Tensions are growing between the city and the real estate community over the delay in restarting ULURP, with some suspecting Mayor Bill de Blasio is preoccupied with other pressing issues — and unwilling to become mired in often controversial land use decisions in the last 18 months of his mayoral tenure.

The timeline is crucial: When a planned rezoning of the midtown Park Avenue corridor failed in the waning days of the Bloomberg Administration, it took two and a half years to push a revised plan through the Council, despite a commitment from de Blasio immediately after taking office to support it.

Vicki Been, deputy mayor for housing and economic development, said during a recent webinar sponsored by the Real Estate Board of New York and the law firm Greenberg Traurig that restarting ULURP was important and that she expected it would begin again in “the early fall.” She wouldn’t be more specific when a REBNY representative pressed for a precise date.

Been cited the technological challenges of the ULURP process, which requires action by the Department of City Planning to certify the project. That’s followed by a public review with recommendations by the local community board and the borough president, a vote by the City Planning Commission and then, in most cases, an up-or-down vote by the City Council — all within six months.

Critics note that both the Landmarks Preservation Commission and the Board of Standards and Appeals have resumed work, and the City Council is holding online hearings.

Many of the projects in the works would provide affordable housing and other public amenities without city subsidies, real estate lawyers working on ULURP applications say.

But some projects awaiting certification could be in danger. 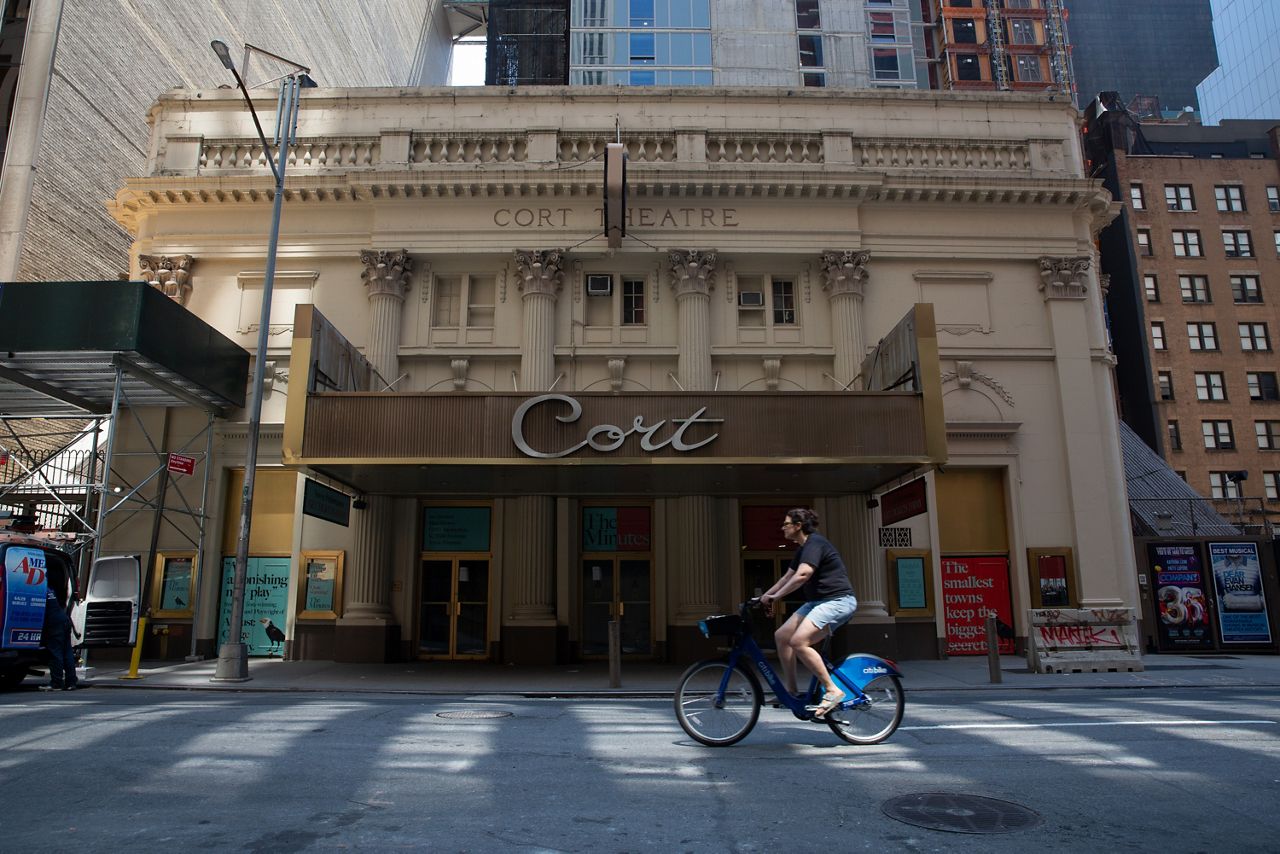 In 2017, the Shubert Organization sold air rights for the Cort Theatre on 48th Street to a group planning to build a new hotel just south of the playhouse for more than $400 a square foot or about $50 million. The rights would allow a Riu Plaza hotel to rise to 40 stories rather than 27, and the Shuberts would use the funds for a badly needed renovation of the 108-year-old city landmark.

If the project is not certified by the second half of September, the buyers can walk away from the deal — a very possible outcome given the bleak outlook for hotels since the pandemic shut Broadway and much of the tourism industry.

Been conceded during the webinar that the city would be unable to complete all the developments in the pipeline before the end of the de Blasio administration. She also raised eyebrows by describing a matrix that would guide decisions on which proposals would get priority.

The matrix is not an official document but an approach, said Melissa Grace, spokesperson for City Planning. She added that the city is focused on efforts that “help to dismantle long-standing racial inequities.” 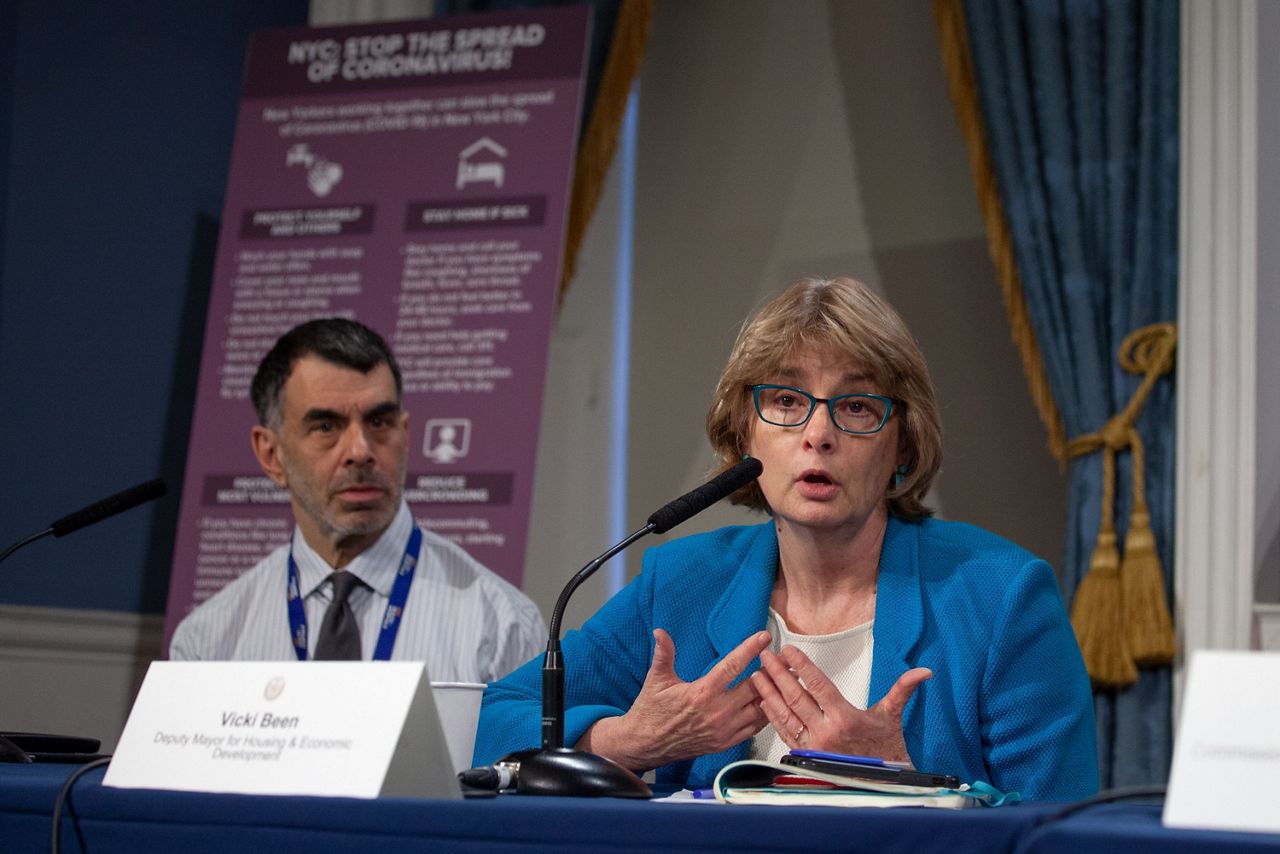 Three major redevelopment efforts will test that matrix and are key to reviving the economy, say their supporters.

The first is a rezoning of 80 blocks in Brooklyn anchored by the Gowanus Canal. A draft environmental study that was necessary to start ULURP was being completed when City Planning instituted its shutdown. The city expects the changes would generate more than 8,000 new apartments by 2035, at least a third of them affordable.

It is one of the 15 rezonings de Blasio promised when he took office that would trade increased density for a wave of both market rate and affordable housing. Only six of the zoning plans have been approved, and Gowanus is almost certain to be the last major effort of the administration.

Councilmember Brad Lander (D-Brooklyn), who represents the area and sparked the effort with a series of meetings beginning in 2013, said it’s time for action on the project.

“At this urgent and clarifying moment, if we get it right, the Gowanus neighborhood rezoning offers us an opportunity to strengthen our city’s resilience, take meaningful steps toward desegregation and racial justice, support economic recovery, and help lay the foundation for a vibrant, equitable, and sustainable future,” he told THE CITY.

The second major project involves tearing down Donald Trump’s original claim to real estate fame, the Grand Hyatt at Grand Central, and replacing it with a smaller Hyatt hotel, modern Class A office space and a major retail component at a likely cost of $3 billion.

The project is in what is called a scoping process, but developers hope it will be certified for ULURP next year and approved before de Blasio leaves office. The deal is expected to pay for critical subway upgrades at Grand Central and create open space and wider sidewalks. 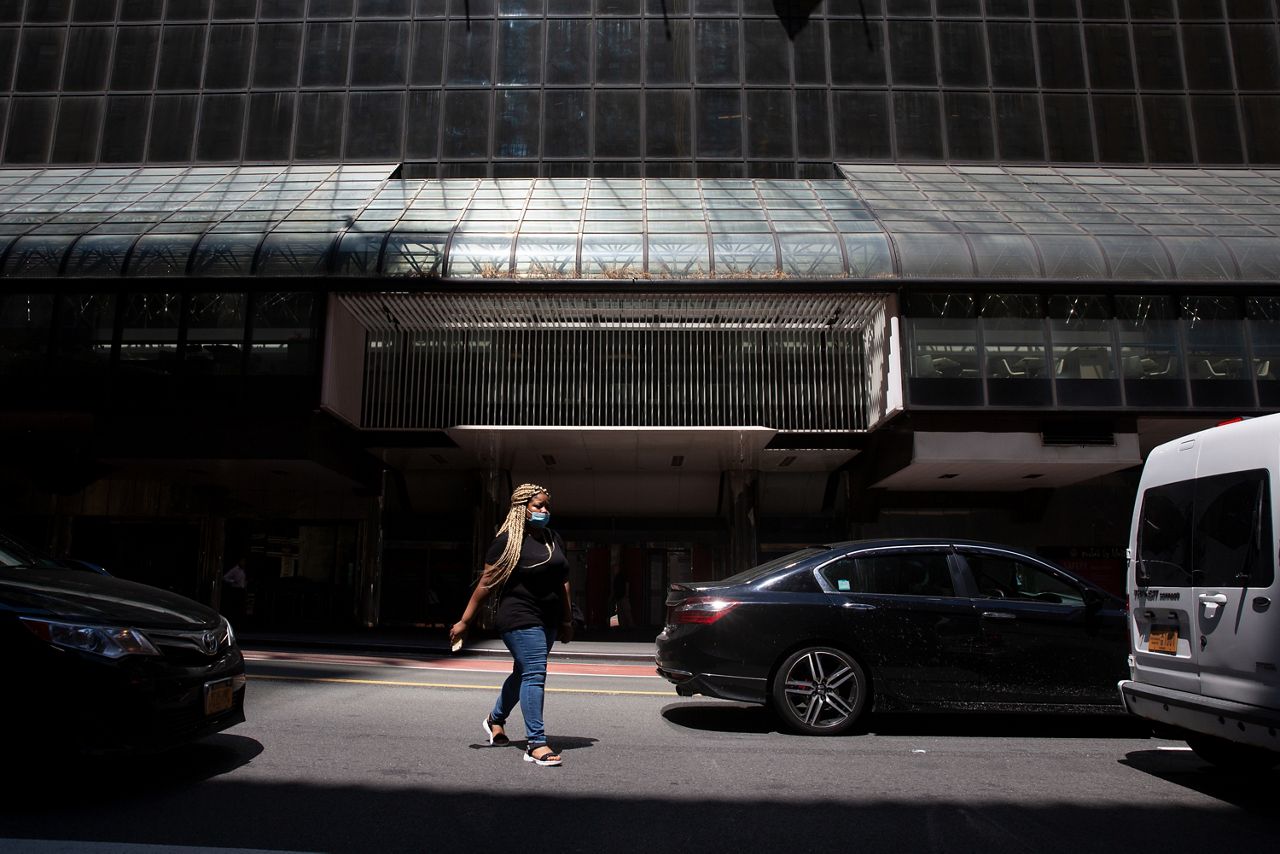 “In the context of the COVID-19 pandemic, we hope that this project will demonstrate the continued viability of office space in Manhattan designed for the post-COVID era,” said Jake Elghanayan, principal at TF Cornerstone, which is teaming with RXR on the plan. “It will deliver on the promise of the East Midtown rezoning and will strengthen the city’s central business district.”

The third effort involves building up to 12 million square feet at the Long Island City waterfront site that was planned for the Amazon second headquarters amid political controversy.

A consortium that includes TF Cornerstone hopes to win approval by the end of 2021 with a plan for half office or nonresidential use. About seven acres would be reserved for public space, including a new half-acre plaza on the waterfront.

The group plans to make a case designed to directly address Been’s matrix, noting how the pandemic has devastated the borough.

“It’s time for Queens to get some of the economic development benefits that have been afforded to Brooklyn and Manhattan,” said Mary Anne Gilmartin, a member of the group. “We need leadership and commitment on the part of city government.”

Real estate industry insiders who would not speak for attribution for fear of angering the administration said they believe the delay in kick-starting the public review process stems from the mayor’s preoccupation with other issues and an unwillingness to incur the heat some projects are likely to generate.

Anable Basin demonstrates the risks for the mayor. Unlike Amazon, the developers have been able to marshall some key community support through its “YourLIC” push — a listening tour that sought local input on plans for the 28-acre site.

April Simpson, president of the tenant association at NYCHA’s Queensbridge Houses, told NY1 she backs the plan because it will bring many jobs to her neighborhood.

But Councilmember Jimmy Van Bramer (D-Queens), who was one of the leaders in the fight against the Amazon project, opposes the development proposal, suggesting it will drive up local rents and is too big for the neighborhood. “There are far too many luxury apartments included and the proposed affordability is simply unacceptable,” he wrote in a letter late last week to groups opposing the development, QNS.com reported.

Van Bramer has complained that the public review process can’t be adequately carried out online. But those who want the city to get ULURP underway say the city’s future depends on moving soon.

“The industry is just waiting to get the green light,” Paimaan Lodhi, REBNY’s policy chief, said at the webinar. “These are important projects that signal confidence to the public and business community that is critical for boosting economic activity and at a time when it has never been more needed.”

THE CITY is an independent, nonprofit news outlet dedicated to hard-hitting reporting that serves the people of New York.