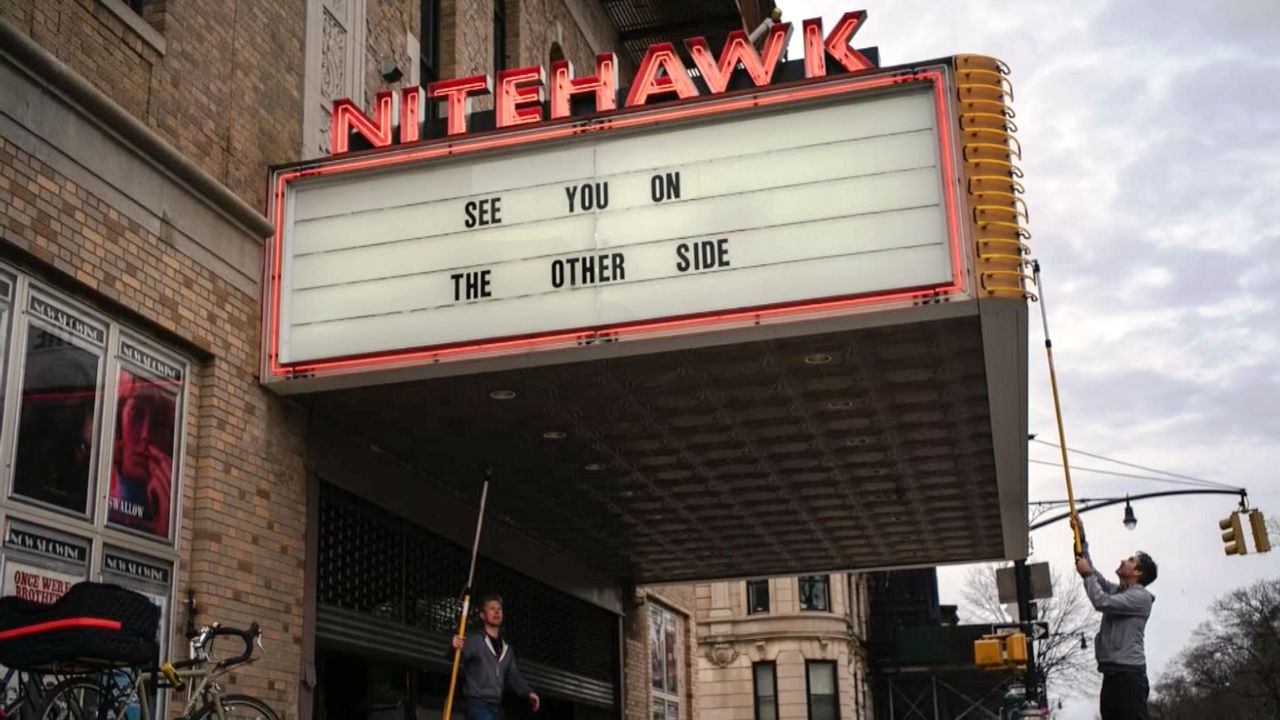 As blockbuster movies continue to play musical chairs with theatrical release dates, some theater owners hope the summer box office can be saved when two of the biggest summer releases, “Mulan" and "Tenet,” play in theaters next month.

Brooklyn’s Nitehawk Cinemas show films but they’re also a restaurant. Nitehawks’ owner Matthew Viragh is skipping showing films this summer with hopes to return with a big bang this fall.

"'Wonder Woman', the new Wonder Woman movie is in early October. The new Wes Anderson film 'French Dispatch' is in October. A lot of them are lining up in October," Viragh said.

Viragh had expected to open the doors to his two theaters, one in Williamsburg and the new theater in Prospect Park, on July 20th, when more businesses reopen in New York City. But when COVID-19 spread further across the country, movie theaters were left out in the cold.

George Whipple: How did you react to the news that you were no longer being included in Phase 4 and would not be reopening?

Matthew Viragh: It was pretty devastating. We were looking to open towards the end of July, early August.

George Whipple: What has this economic impact been upon your business?

Matthew Viragh: We had basically two months of business this year, and then we were forced to close. we are actually opening this weekend for the first time in four months to just do to-go surface with some of our staples like our truffle popcorn and our frozen cocktails.

George Whipple: What is a social distance movie theater going to look like?

Matthew Viragh: It’s going to be every other row and three seats between groups, and so it takes your capacity really down.

George Whipple: Can you survive? Can your business model survive at 25 percent capacity?

Viragh hopes opening Nitehawk’s food service will employ a few people for the summer. But he’s already learned not to look to far ahead in this ever-changing city.