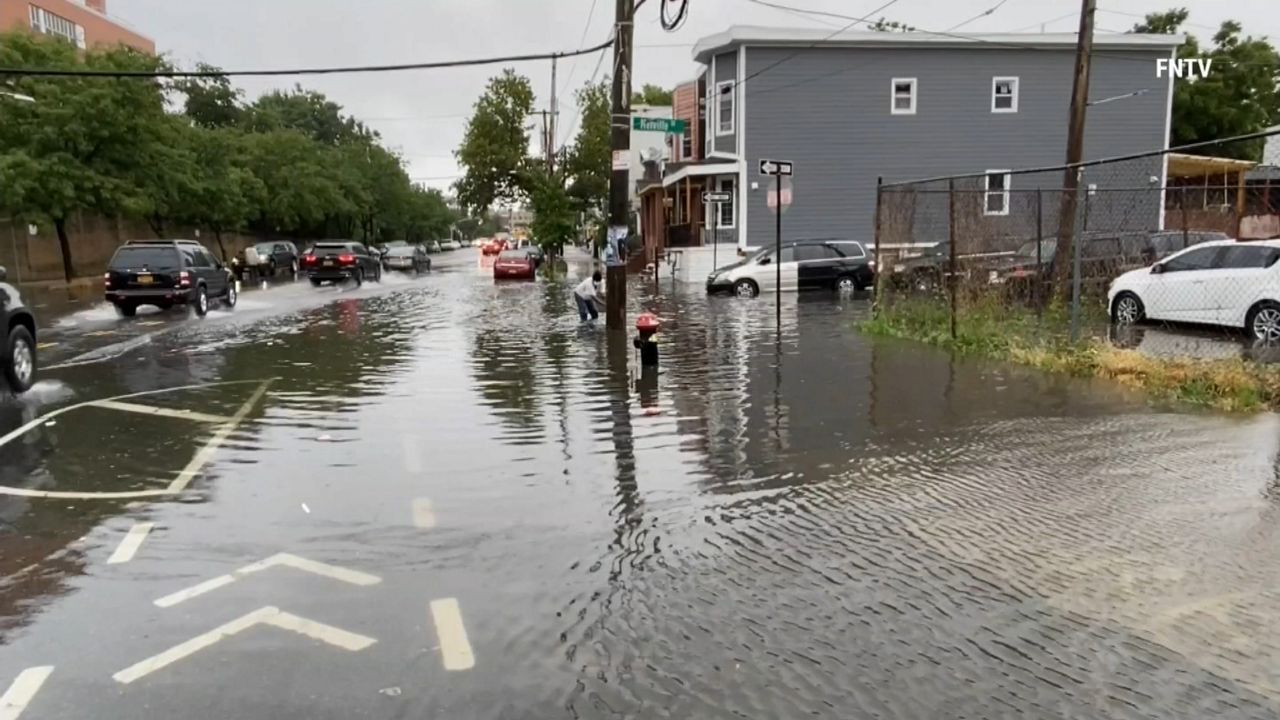 As Tropical Storm Fay dropped a deluge on the city, a coalition of environmental groups launched a new campaign to push New York and surrounding cities to prepare for more severe and frequent storms.

"What we saw with Covid-19, what we saw with many other crises before Sandy, is that the same people -- low income people, communities of color -- are hit again and again with crises," said Kate Boicourt, Director of Resilience for the Waterfront Alliance, which led the coalition of 80 environmental groups to formulate recommendations for lawmakers and policymakers to act on to fight climate change.

Boicourt joined other Water Alliance board members and more than a hundred other participants on the coalition's campaign-launching press conference on Zoom Friday morning. Boicourt says 17 percent of the city's public housing buildings are located in flood plains.

"We've waited too long to make necessary long term infrastructure upgrades," said Councilwoman Carlina Rivera. "And with Fay being that sixth storm? It is the earliest that milestone has been reached in a season."

Rivera's district includes the Lower East Side, which was heavily damaged by Hurricane Sandy in 2012.

The "Rise to Resilience" coalition is calling for reform of flood insurance policies, more projects to protect against rising sea levels, and new laws requiring the disclosure of flood risks.

"I recently introduced legislation to close this loophole that allows the seller of residential property to opt out of disclosing flood risk by giving the buyer a 500 dollar credit," said Senator Hoylman. "[It's] seen by sellers as just the cost of doing business."

And the cost of not enacting at least some of the measures outlined by the coalition is too high, according to those who survived Sandy's wrath eight years ago.

Trever Holland is with Tenants United Fighting for the LES, or Tuff L.E.S and is haunted by the "hellish situation" he endured when his Lower East Side building was disabled by the storm. It lost power, working toilets, and water pressure as it flooded.

Holland doesn't want the pandemic to get in the way of what he says is a half-billion-dollar pot of money already approved for resiliency projects.

"There is federal money, and a lot of this money was targeted to protect HUD-financed and affordable housing," said Holland. "But the city must continue with its commitment to build flood protection plans."

Some of that money slated for Sandy recovery is set to expire in 2022.

A mayoral spokesman says the city joined 12 other states and municipalities in asking Congress to pass a three-year extension. Meanwhile, the state legislature authorized a ballot measure in November that would raise $3 billion for resiliency work. The question is whether voters will approve the spending with the flood of other needs that have arisen because of the pandemic. The "Rise to Resilience" Coalition says resiliency must be a priority, too.