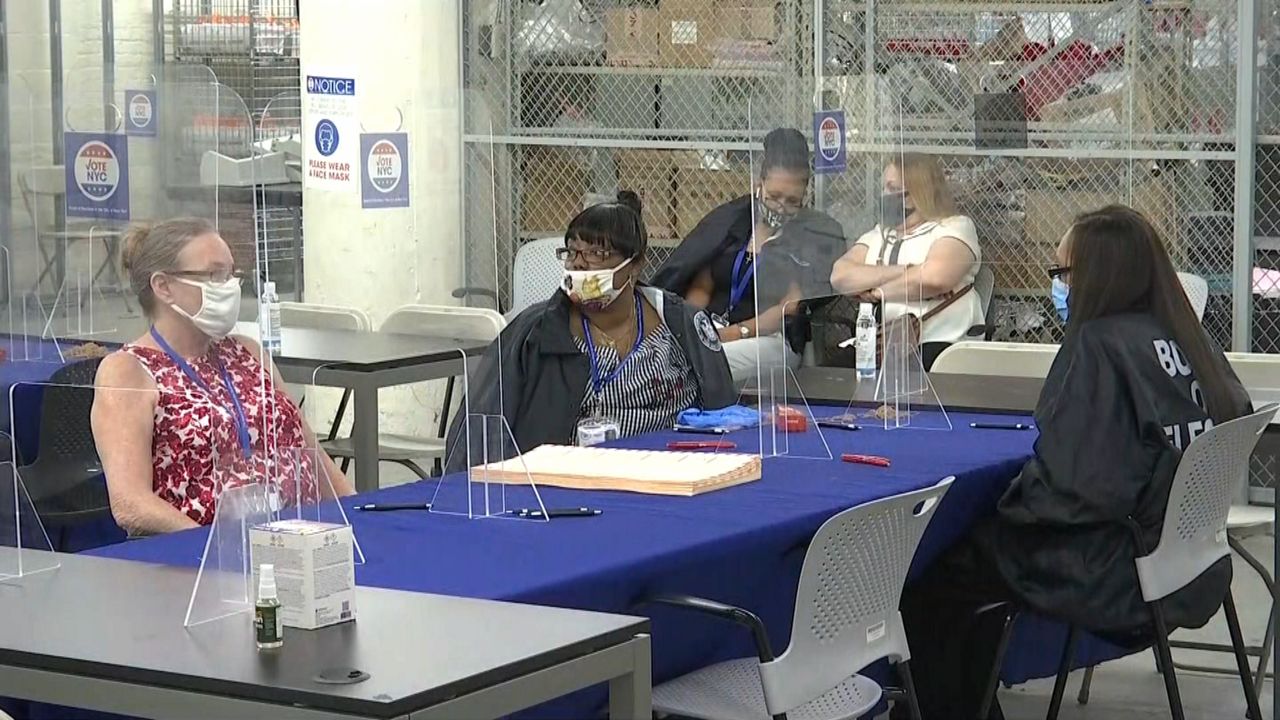 Absentee-ballot Counting Gets Off to Halting Start Around NYC

It’s detailed-oriented, tedious and slow. But it’s key to learning the results of several races in a primary season unlike any other.

Absentee-ballot counting got off to a halting start Wednesday in Manhattan, Queens, Brooklyn and the Bronx — more than two weeks after Election Day.

The latest figures from the city Board of Elections show more than 403,000 Democratic primary absentee ballots have been returned.

At BOE offices in the Bronx, two hours passed before ballots were even ready to be opened by workers.

Five hours later, half the room was still sitting idle without anything to count.

The BOE says the ballots were being organized.

Some health precautions were in place.

Workers wore masks, gloves and were separated by partitions — even if they weren’t six feet apart.

So-called watchers, including candidates and their surrogates, were there to observe the process.

Among them was State Assemblyman Jeffrey Dinowitz, a candidate for re-election who endorsed Congressman Eliot Engel.

“In the Bronx, tens of thousands of absentee ballots," Dinowitz said of the volume. "Each envelope has to be opened, has to be examined, have to make sure that everything is proper.”

Engel trails challenger Jamaal Bowman in in-person votes but has yet to concede, citing the need to count paper ballots.

His attorney Dan Bright was at the BOE as a watcher.

“It’s an unusual race because of the number of absentee ballots and how it could swing an election," Bright said. "It’s probably not going to swing our election.”

Watchers at BOE offices in Manhattan said workers had starting tallying affidavits but had yet to open absentee ballots.

The process is expected to take weeks.

When we say it could take weeks for results, we have a prime example in last year’s Queens district attorney’s race, where six weeks passed between Primary Day and Tiffany Cabán’s concession to Melinda Katz.