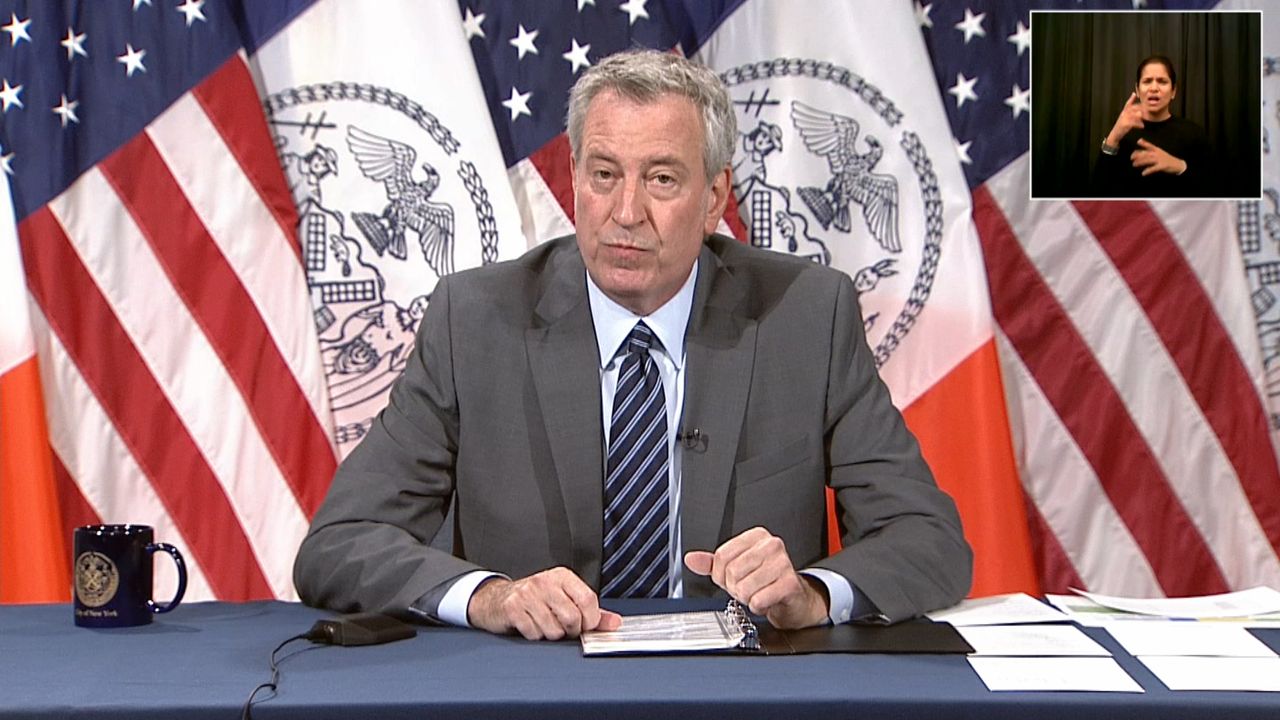 Mayor Bill de Blasio blamed COVID-19 and the ongoing economic crisis for this weekend's surge in gun violence, but top officials at the NYPD say recent criminal justice reforms are also to blame for the uptick.

"It's not because of one thing, let's be really clear. There's not one cause for something like this," de Blasio said Monday during his daily briefing from City Hall. "There's a lot of different pieces. Again, the fact that the court system is not working, the economy's not working, people have been pent up for months and months. So many issues underlying this challenge.”

Much like in recent weeks, de Blasio once again found himself stuck between a rock and a hard place, as he tries to defend his police department, keep the city in order, and support a criminal justice reform agenda that has brought protesters into the streets for days.

The mayor said he did not believe there is one specific source for the uptick in violence, but that's slightly different from what some of the top leadership at the NYPD has said about the violence in recent days.

NYPD Commissioner Dermot Shea and other top ranking officials claim it's not just the ongoing health and economic crisis, they say it's also criminal justice reforms enacted in the last six months, and a huge push behind police reform, which has been endorsed by nearly every prominent city politician.

Appearing on the same Monday briefing, NYPD Chief of Department Terrence Monahan said the recent conversation around police reform has contributed to low morale within the department's rank and file.

"I've said this before, the animosity towards police out there is tremendous," Monahan said. "It is so vital that we get our communities coming together, supporting our cops, speaking off for the police officers that are out there. Their morale is low."

Meanwhile, supporters of police reform say they do not want the violence to distract from the push for structural change and they disputed any connection between their movement and the rise in violence.

Public Advocate Jumaane Williams held a rally near City Hall on Monday, saying the gun violence was unacceptable, while stressing the city needs to focus on other solutions like youth programming and education to prevent violence.

"We have to deal with this gun violence, law enforcement, police have a role to play. But the primary message is they are not the only part that is needed," Williams said.

The mayor for his part would not say if he agreed with the NYPD's analysis.

"All of us together have been keeping the city safe now for seven years. So, let's just be a hundred percent clear. It's an extraordinarily difficult time in our city's history, it may be the single worst combination of crises New York City has ever faced," de Blasio said.

As protests continue and concern grows about a prolonged spike in violent crime, the country's largest police force appears to be not in sync with much of the city’s political leadership, including the mayor.

Marie Ndiaye, supervising attorney of the Decarceration Project at the Legal Aid Society, said the department is likely to remain resistant to change.

"As long as the people are marching and asking that the NYPD be accountable to us," Ndiaye said, “we are going to keep hearing the same rhetoric, that every reform is a bad reform, as long as they don't like it."