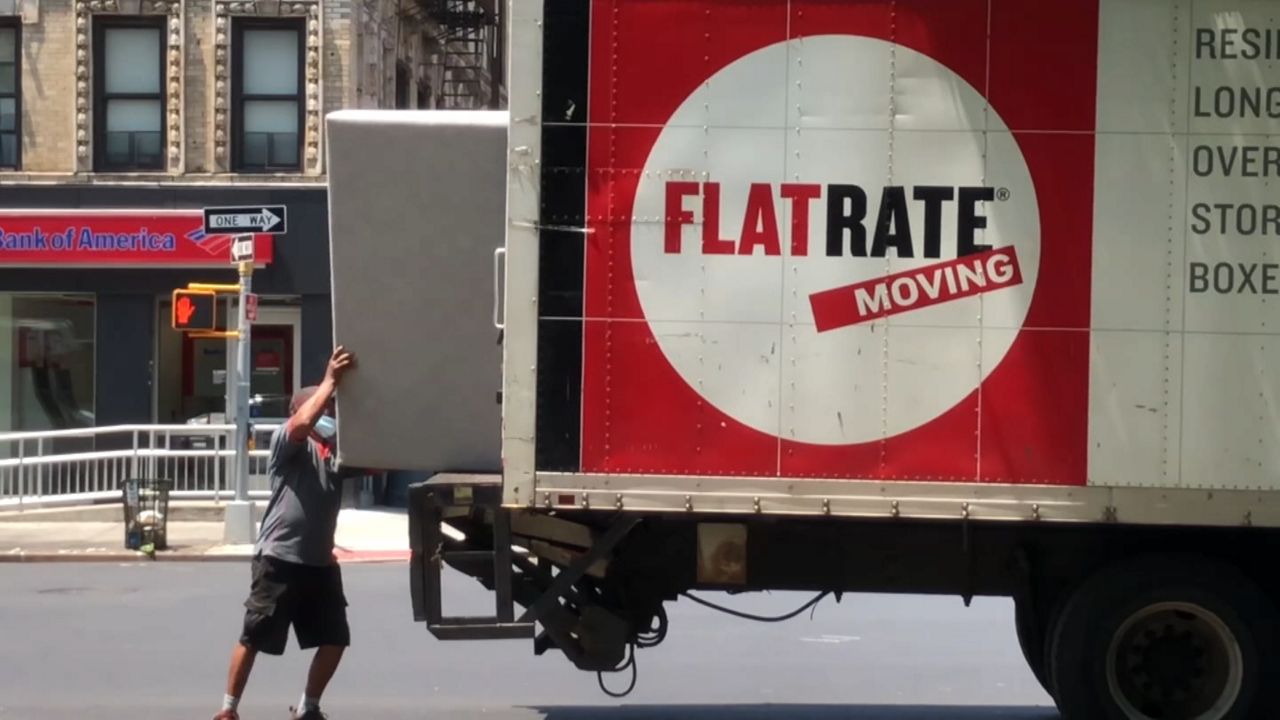 “Everybody freaked out,” said Carole Husiak, who's lived in Stuyvesant Town-Peter Cooper Village for 28 years. For the first time, she isn’t paying her rent. “My income screeched to a halt," Husiak added.

Husiak took up the owner’s coronavirus crises offer to pay one month’s rent with her security deposit and defer another month’s payment into the future.

"That made it much more reasonable and took my stress level way down,” said Husiak.

Beam Living — the management company for the city’s largest rental complex, which is owned by Blackstone — also allowed tenants suffering economic hardship because of the pandemic to cancel their leases without penalties.

“There’s been a bit of an exodus,” said Susan Steinberg, the President of the Stuyvesant Town-Peter Cooper Village Tenants Association.

Many took management up on the offer and moved.

“The moving vans everywhere, all day long… people are running away,” said one resident. “They don’t want to stay, they are afraid [of] the health problems … and the rent is high.  People lost their jobs. They can’t pay that rent.”

The tenants association said in March the management company had roughly 150 vacancies listed and now there are more than double that, plus another 150 that aren’t even listed yet.

“I would say there’s a minimum of 500 vacant apartments,” said Steinberg.

Miller has tracked the Manhattan vacancy rate for fourteen years and says it’s nearly doubled to 2.88%, the highest he’s ever seen here.

“It’s high and will likely get a little bit higher before it returns to more normal levels,” he said.

Miller predicts more people will leave the city this summer, but adds the high vacancy rate is also a result of landlords being unable to fill apartments because of the coronavirus freeze on in-person showings and buildings preventing moves.

All of this — landlords and realtors being unable to lease and show apartments until late June, the elevated vacancy rate and therefore high inventory of apartments — has led to lower rents.

According to Miller, average rental prices fell eight percent from April to May in Manhattan, five percent in Brooklyn and two percent Queens.