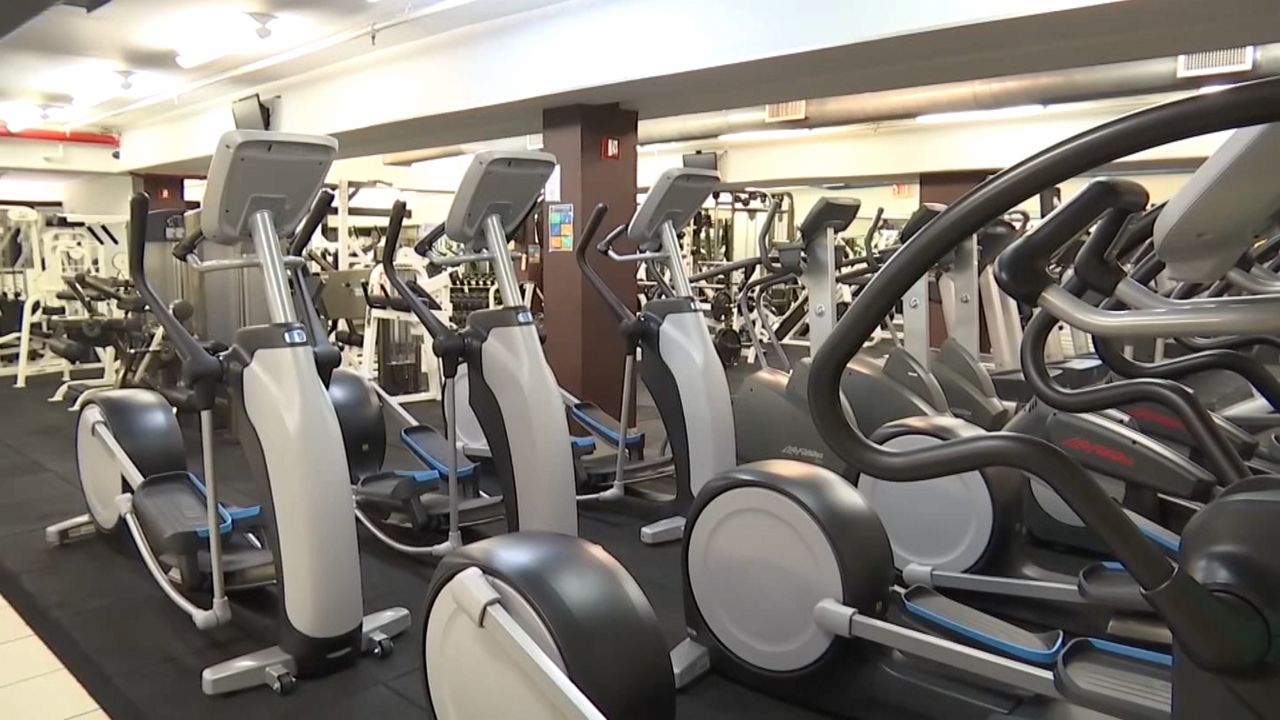 BROOKLYN, N.Y. - With a stretch of a hand, a gadget checks temperatures at the entrance to Slope Fitness. It's one of the many safety measures adopted by the gym as it prepares to reopen. The family-owned business in Park Slope and all other fitness facilities in the state closed in March because of the coronavirus.

Gyms were supposed to resume operations in regions advancing to Phase Four of the state's reopening plan, but then Governor Cuomo took them out of the mix.

"We were waiting and waiting to see how the gyms and other industries were going to open up in Phase Four,” says Slope Fitness Co-Owner Michael Carlin. “And last week the governor, who I respect, sucker punched us."

Also upsetting to the gym owners is the fact that the state has not provided guidance about when they will be able to reopen.

Co-Owner Sydney Carlin asks, "If there's no Phase 5 and we're no longer part of Phase 4, when is it our turn to open?"

Owners of the gym say they should be considered essential businesses because they help people get or stay healthy.

But their financial health is failing as they face rent and insurance bills but cannot collect dues from members.

"We were forced to re-furlough our entire staff,” says Michael Ganim of Harbor Fitness.

Michael Ganim and his brother Chris own Harbor Fitness, which has five Brooklyn locations.

Owners of more than 3,000 gyms have joined a Facebook page threatening to sue the governor.

Lawyer James Mermigis says he's getting ready to file a class action suit on their behalf.

"There's an equal protection argument of the United States Constitution,” says attorney James Mermigis. “It's the 14th Amendment that says basically businesses have to be treated equally."

The class action also will represent yoga and pilates studios like Lagree NY in Astoria, which has reconfigured to only have 10 clients at a time, six feet apart.

"We want to be heard,” says Lagree NY Owner Laurie Benenati. “We want to be given a date in Phase Four. We want to open in the next couple of weeks."

That might be possible if the gyms and studios succeed in obtaining an injunction, allowing them to reopen until the case is heard.

In a statement, the governor's office said, in part, "While we can not comment on a lawsuit that has not even been filed yet, every decision we make is based on data and expert analysis, and we are continuing to study how and when indoor gyms and fitness centers can open safely."