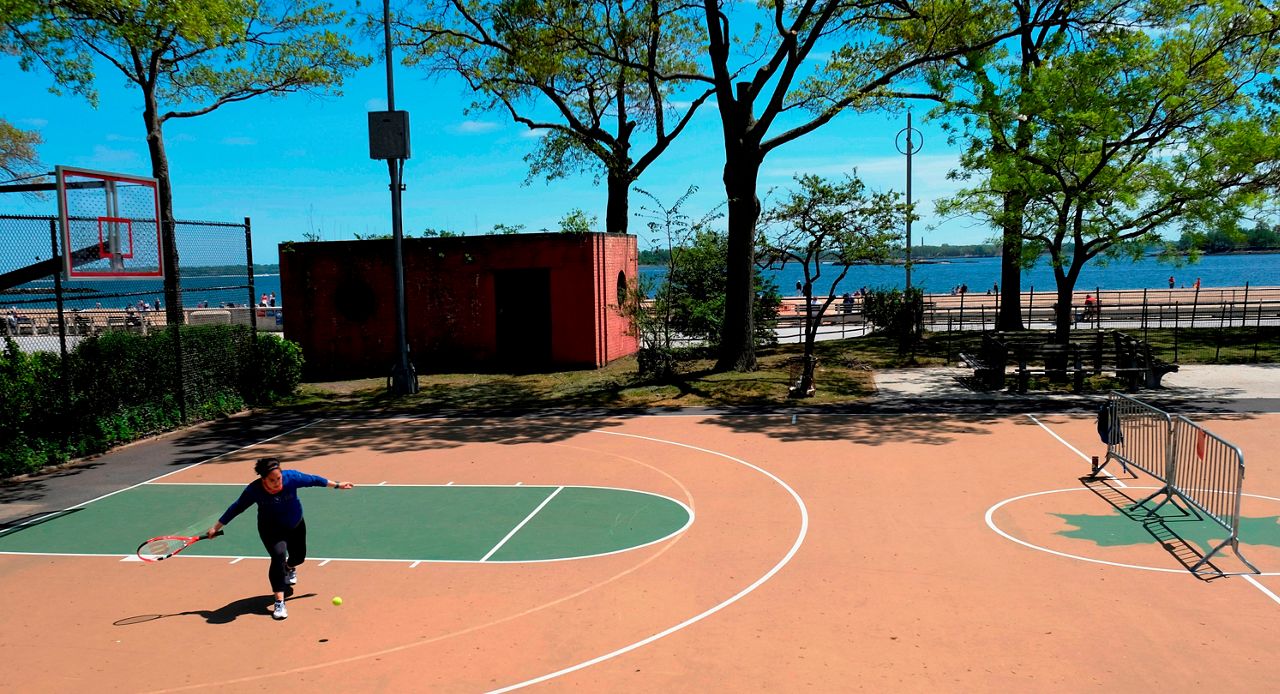 That means recreational facilities in parks can reopen for the summer.

Those include areas for basketball, tennis, volleyball, dog runs, handball and bocce.

Restaurants would also be allowed to offer indoor dining at 50 percent capacity.

During his daily briefing Thursday, the mayor said New Yorkers will still have to use face coverings and follow social distancing.

He also said increased testing is a big reason why the city can start talking about the next steps toward coming back.

"What has helped us to push back this disease--well it's the same thing we talked about since day one. Testing, testing, testing.  There's more and more testing all the time. That is helping immensely," De Blasio said.

The mayor also announced that Health + Hospital facilities will be offering anti-body testing on a much bigger scale along with the diagnostic test.

You get the two tests done at once for free and get the result of the antibody test in 24 hours.

To find a testing site, go online to nyc.gov/covidtest.

The mayor's announcement comes as Governor Andrew Cuomo says coronavirus hospitalizations in New York have dropped below 1,000 for the first time since March 18.

The current number of patients hospitalized with the virus stands at 996.