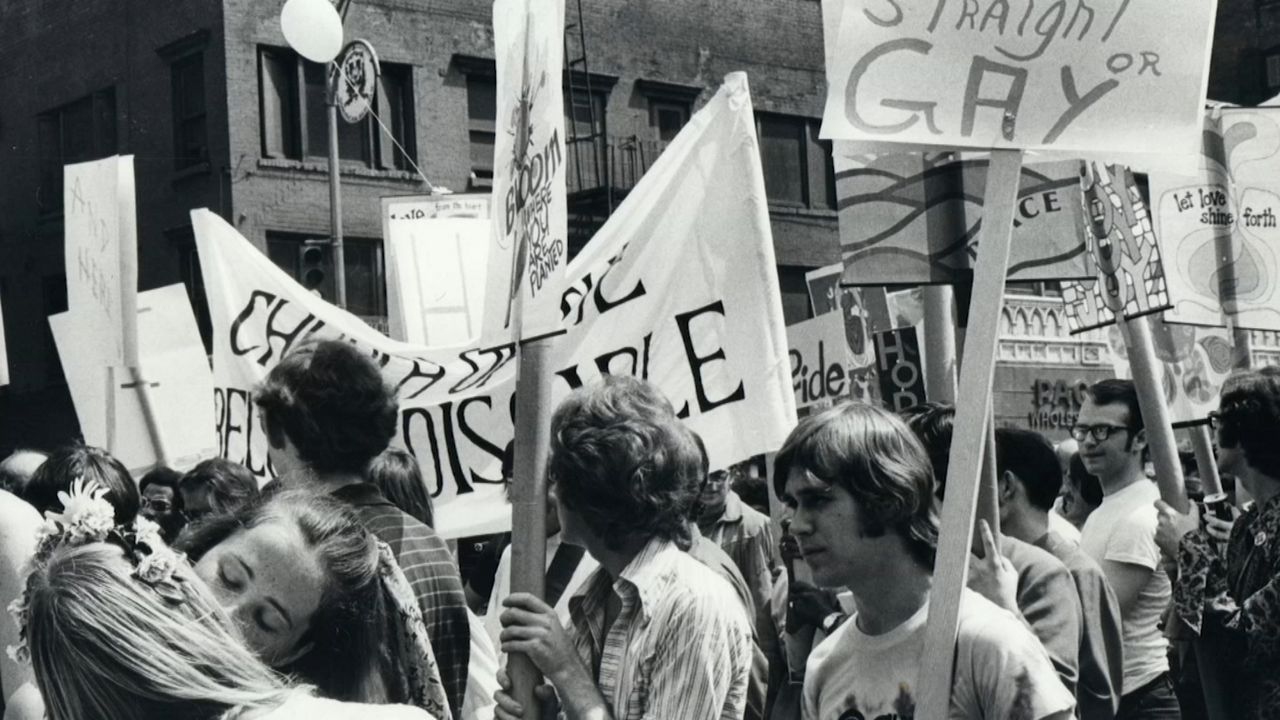 50 Years Later, Two Participants in First Pride March Reflect on the Fight, and Their Friendship

NEW YORK - Fifty years ago, June 28, 1970, gay rights activists risked everything to be part of the Christopher Street Liberation Day March, which took place on the anniversary of the Stonewall riots. Karla Jay and Mark Segal were there.

"It was so celebratory being out there, but was also fearful. Under the laws of almost every state, we were felons, and if your face were seen in the newspaper, you could be, you could lose your apartment, your children could be taken away from you," Jay told us.

The GLF, or Gay Liberation Front, was founded the night of the Stonewall uprising and organized the march. Segal and Jay joined and dedicated their lives to activism.

Segal gets frustrated over the mythologizing of the Stonewall uprising.

Both say it’s not important who was a stonewall, but what came after that matters.

"That first year, we had thousands marching in cities in America. Today, that same Pride movement that we began has tens of millions around the world. Tens of millions," Segal said.

Segal founded the Philadelphia Gay News and wrote a memoir. He’s also known for the Zap, crashing an event to protest polices against gay people, including one of a Walter Cronkite’s newscast.

Jay, now a retired professor, also wrote a memoir. She remembers a protest at the American Museum of Natural History demanding better representation of women and people of color.

"We realized that none of us would be free until all of us were free and then we had to join hands with other movements," she told us.

It's 50 years since they marched together. It's also 50 years of friendship.

"When you you share moments of struggle, you also form friendships that last a lifetime," Jay said.

"We were the first out loud and proud generation. We had experiences that no one else will ever have," Segal said.

It's also a chance to look back to see how that first year and that first march changed the world.

"We asked all the people on the sidewalk wherever we marched to join us. And look what happened. The people of the world have joined," Karla told us as her longtime friend nodded in agreement.