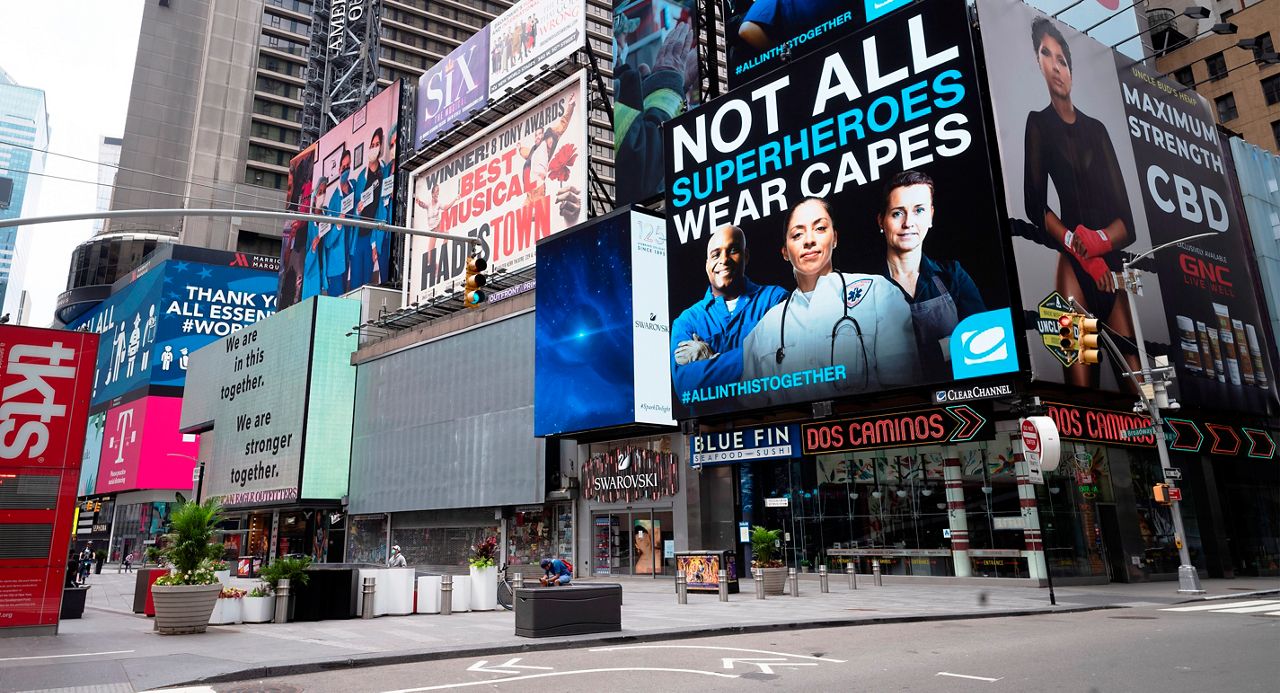 NEW YORK - The city has one week until it must approve its budget plan for the next fiscal year, and Mayor Bill de Blasio warns ongoing economic problems because of the pandemic mean layoffs for municipal workers are on the table.

During his daily briefing Wednesday, the mayor said updated forecasts estimate the outbreak will cause the city to lose $9 billion in revenue, at a minimum.

In order to close a $1 billion budget gap, as many as 22,000 city employees could be laid off or furloughed.

The mayor estimates it could be three or four years until the city's economy reaches pre-pandemic levels.

The mayor added that Albany lawmakers have still not granted the city the power to borrow money from Washington, and noted that a federal stimulus plan likely won't go into effect until late next month at the earliest.