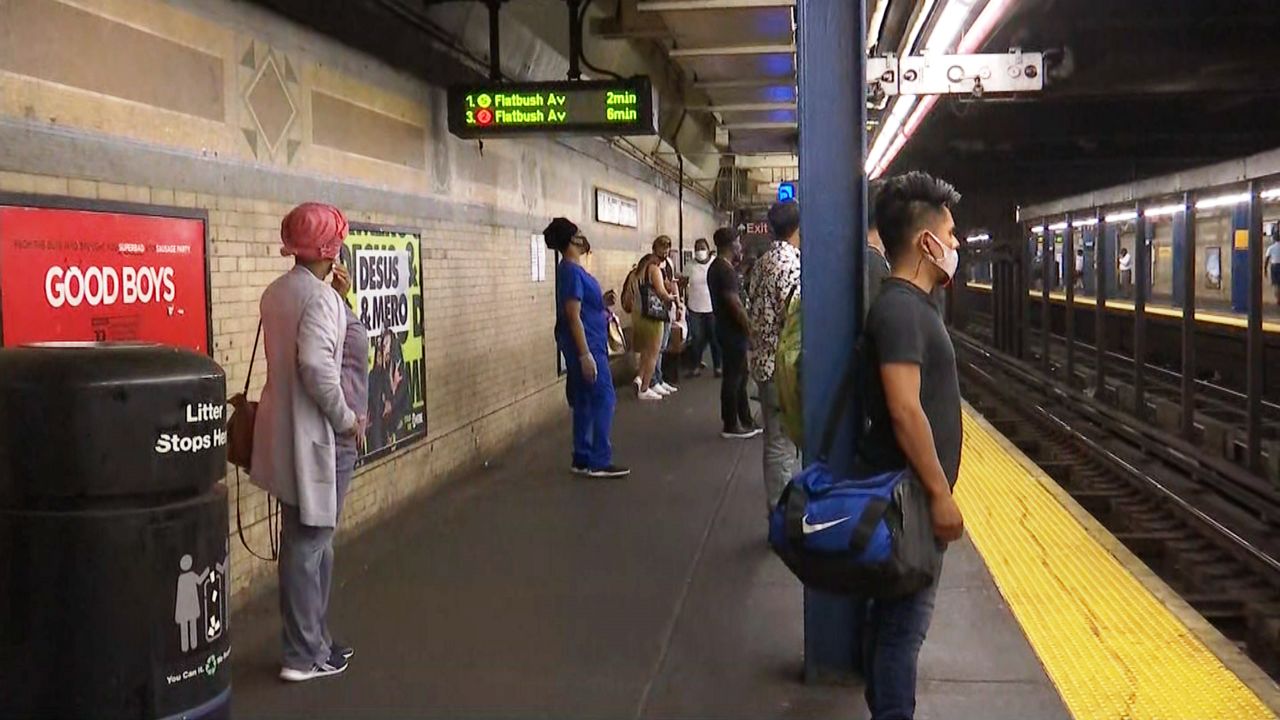 MTA Running Out of Cash as Ridership Slowly Climbs Back

NEW YORK - The East 149th Street-Grand Concourse station is filling up with commuters again as the city enters Phase Two of its reopening.

But three months of coronavirus closures have wrecked the MTA's finances.

The agency saying it will have exhausted its $3.7 billion federal bailout sometime next month, as part of Congress' CARES Act.

"We can't cut our way out of that and the federal funding is absolutely essential and as I said before, not getting it would result in a fiscal calamity," said MTA Chairman Pat Foye.

At one point, weekday subway ridership was down more than 90 percent to 366,000.

Now, it has rebounded.

The subway hit 985,000 riders on Friday, while the bus system carried more than a million passengers.

The revenue loss since the start of the pandemic, plus the cost of disinfecting trains, stations, buses and depots has taken a toll.

The MTA is pressing Congress for a second round of emergency funding for $3.9 billion.

"We expect to exhaust all remaining CARES funding next month in July," Foye said. "We can't afford to wait."

Amid the gloomy finances. the return of more commuters Monday provided a ray of optimism.

Transit officials estimate that the subway will reach a milestone this week - one million daily rides.

"It’s been three months I haven’t taken a subway, so it’s my first time coming back," said one straphanger. "It feels a little weird, but I see everybody’s wearing their mask and the trains seem to be clean.”

To reduce the spread of the virus the MTA commissioned a $100,000 report that studied safety measures from other transit systems.

It looked at emerging technologies like thermal screening passengers in Singapore, artificial intelligence and closed-circuit TV to see who is not commuting with a covered face in Paris and a hydrogen-peroxide spraying robot in Hong Kong.

"The report lists a number of things that we're already doing, some things that are being done at other transit agencies and as we've said everything is on the table in terms of minimizing public health risk to our customers and employees," Foye said.

Riders say low-tech measures, like face coverings and a clean commute, will keep them swiping in.

"I see everybody keeping their distance, everybody haves their mask on," a rider said. "They’re very clean. It’s been good this past week."