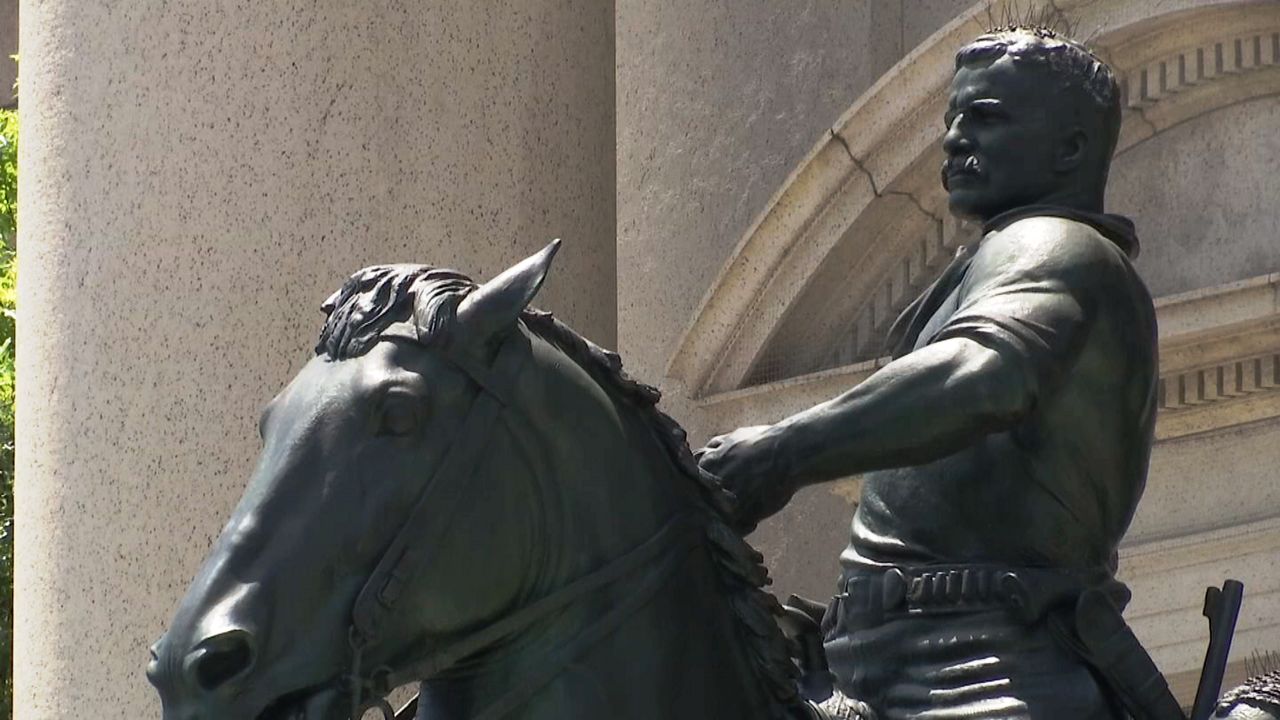 NEW YORK - The Statue of Teddy Roosevelt has stood outside of the Museum of Natural History for 80 years, but now it's on borrowed time.

"It is very exciting to hear that the museum is removing the statue,” said Amy Weng.

"It’s something that we’ve been advocating as a group for at least five years,” said Sandy Grande.

"It’s very rare that you see very concrete fruits of your labor and this is definitely one of those moments and we’re celebrating across New York and beyond,” said Marz Saffore.

All three activists are organizers behind a movement called Decolonize This Place, which sought the statue's removal. The objection: the Native American man and African man standing below and on either side of the one-time president.

"The statue clearly presents a white man superior to people of color and that’s just not acceptable to in this day and age,” said Mayor Bill de Blasio on Monday.

De Blasio agreed with the museum's decision to move the statue. The museum said it “has been profoundly moved by the ever-widening movement for racial justice that has emerged after the killing of George Floyd…” In a statement, Roosevelt's great great grandson, Theodore Roosevelt IV, agreed.

But President Trump tweeted, “Ridiculous, don’t do it!”

“I think it’s a shame what they’re doing," said a man walking in Central Park near the museum. "Because if you’re going to start here let’s see New York was named by a man who was a slave trader let’s change the name of New York. Gracie Mansion was built by a bunch of slaves we should burn that down. Where’s it going to stop?"

Not here according to Decolonize This Place. It tweeted, "This is progress on one open file, now to our second: Brooklyn Museum, your move to repatriate (looted) African objects and establish a decolonization commission with stakeholders around reparations."

Organizer Marz Saffore says the Museum of Natural History has ill-gotten items that should be returned, too.

“We haven’t forgotten the fact that within in the museum itself they have looted items stolen items from indigenous people’s all over the world that we’re asking to be repatriated,” she said.

No comment from the Brooklyn Museum yet or the The Museum of Natural History which has also not elaborated on when it will move the Roosevelt statue, where it plans to move it to and what may replace it.