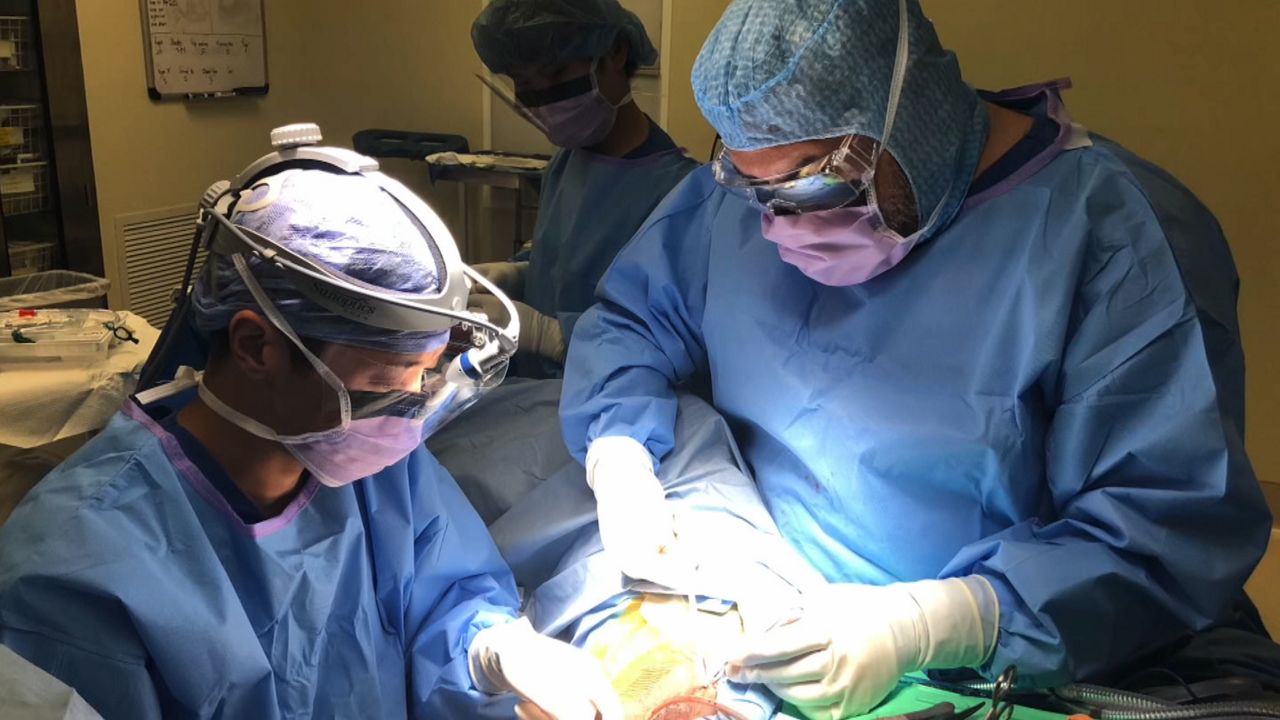 'I can't think of a better gift:' Gender-Affirming Surgeries Resume After Pandemic Postponed Them

For years, Maeve DuVally had been looking forward to May 4.

After 18 months of hormone treatments, insurance paperwork, and more than a dozen doctor's appointments, that was the day she was supposed to have her gender-affirmation surgery.

“For all of my life, I didn’t really like anything masculine about myself," said DuVally, who is 59 years old. "I didn’t like any of my body hair, I didn’t like most of the parts of me that were male."

But when the coronavirus struck, DuVally learned her surgery had to be postponed indefinitely.

“I’m not a person given to depression, but I got very depressed for three or four days,” she said.

In March, the state ordered hospitals to focus their resources on coronavirus patients and emergency procedures.

Gender-affirming surgeries were on the long list of operations that were temporarily canceled, even though, according to health officials, such procedures can be lifesaving for transgender people.

“For a lot of our patients, surgery is a way of physically manifesting their gender identity," said Dr. John Pang, a reconstructive surgeon at the Center for Transgender Medicine and Surgery at Mount Sinai. "It is a way for them to feel comfortable when they’re interacting with the world around them."

DuVally said the past few months were difficult. But she considers herself lucky. She was one of Mount Sinai’s first patients to have a gender reassignment procedure once the moratorium on elective surgery was lifted on June 1.

“I feel very fortunate that my surgery was rescheduled very quickly," said DuVally. "But I'm keenly aware that other transgender people who’ve had surgery scheduled and it had to be postponed might not have been.”

Mount Sinai said it had to put approximately 200 gender-affirming surgeries on hold.

It will take time to perform all of them, and DuVally said she's concerned about how the delays are affecting people like her.

She said the sadness she had felt just a couple of months ago subsided once she was finally able to go through with the surgery she had been waiting years to have.

“I feel like when I go outside and I walk around a little bit, I will do so with my head a couple notches higher because I’m happier,” said DuVally. "It's pride month and I can't think of a better gift than this."

DuVally is currently on bed rest and has a long recovery ahead. But she said for the first time in her life she feels like herself.