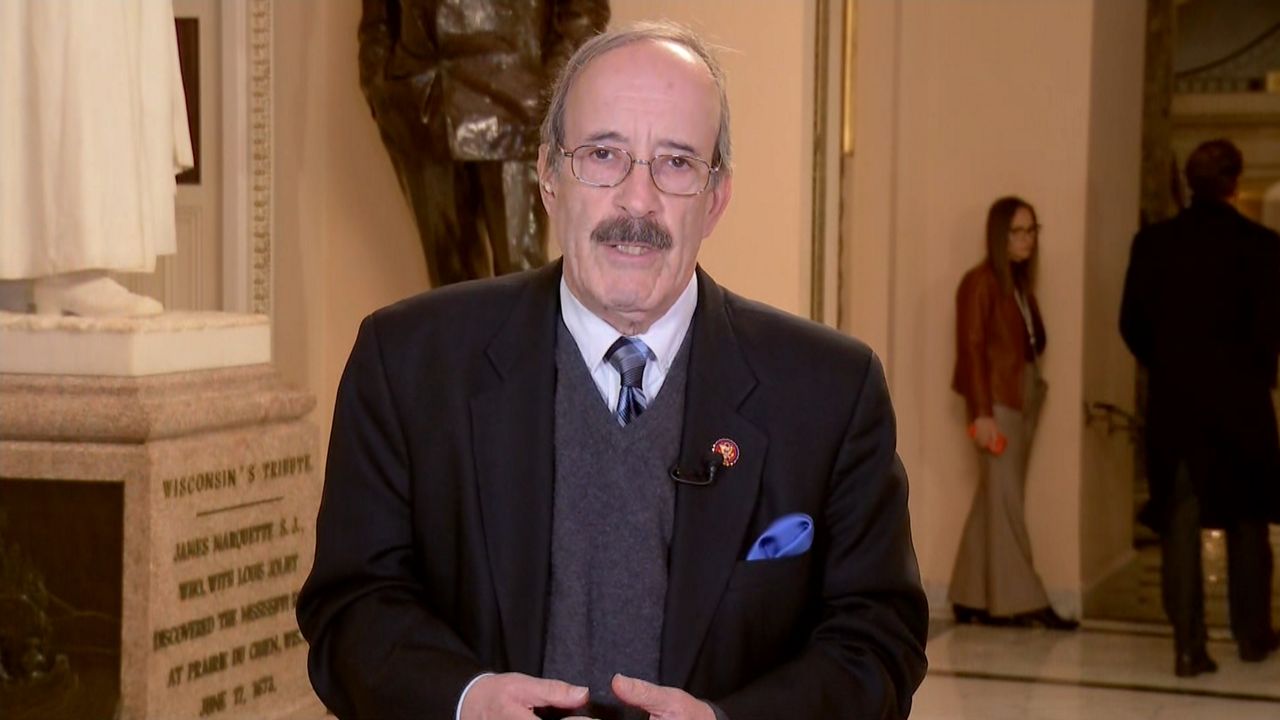 Congressman Eliot Engel is on the defensive in the final days of his primary fight against insurgent Jamaal Bowman.

Establishment Democrats from Governor Cuomo to Hillary Clinton to Senator Chuck Schumer have endorsed and closed ranks around Engel.

NEWS: @HillaryClinton endorsed Eliot Engel!
“I have worked with Eliot Engel as first lady, as senator from New York, and as secretary of state. Every step of the way, his number-one priority has always remained the same: delivering for his constituents.”https://t.co/seHnKViXQw

“Shouldn’t Mr. Bowman pay off his own taxes before he tries to spend ours?” the ad asks.

The "Democratic Majority for Israel" is a corporate/Republican-funded super PAC that runs ugly, negative ads against progressives. This is establishment big-money politics at its worst, and why we have to transform the Democratic Party. https://t.co/M6dl1n9CUX

Engel’s campaign noted it can’t coordinate with the PAC. It called for the ads to be taken down.

“I didn’t know about that ad until I saw it," Engel told NY1.

Engel, seeking a 17th term, attended Juneteenth events Friday at both ends of his Bronx and Westchester district.

With @RepEliotEngel in Ardsley in Westchester, where he’s giving remarks at a Juneteenth rally.
“Vote for Jamaal Bowman!” Two young people shout when he’s finished.
“This is America; you can vote for whoever you want,” Engel responds.

Bowman, an educator endorsed also by Senator Elizabeth Warren and House Member Alexandria Ocasio-Cortez, is criss-crossing the district all weekend ahead of Tuesday’s primary.

His campaign said Friday it has raised $2 million, $1 million of which came this month.

Filings by Engel's campaign showed it had raised $2 million as of June 3rd.

Echoing a message spread in his campaign mailers, Engel said he takes issue with Bowman registering as a Democrat only in recent years.

He blasted Bowman for not voting for Barack Obama in every election.

Bowman said he voted for Obama in the general elections, though not in the primaries.

“When you don’t vote in an election like that, you show that you’re not really a Democrat and you’re not really taking it seriously," Engel said. "And so that’s me just pointing it out. He’s pointing out things that he thinks I’ve done wrong and I’m happy to return the favor.”

Bowman sought to shrug off the multiple lines of attack.

Bowman’s campaign cites a Data for Progress poll that shows him 10 points ahead of Engel.

Engel’s campaign cites internal polling that shows him eight points ahead of Bowman.