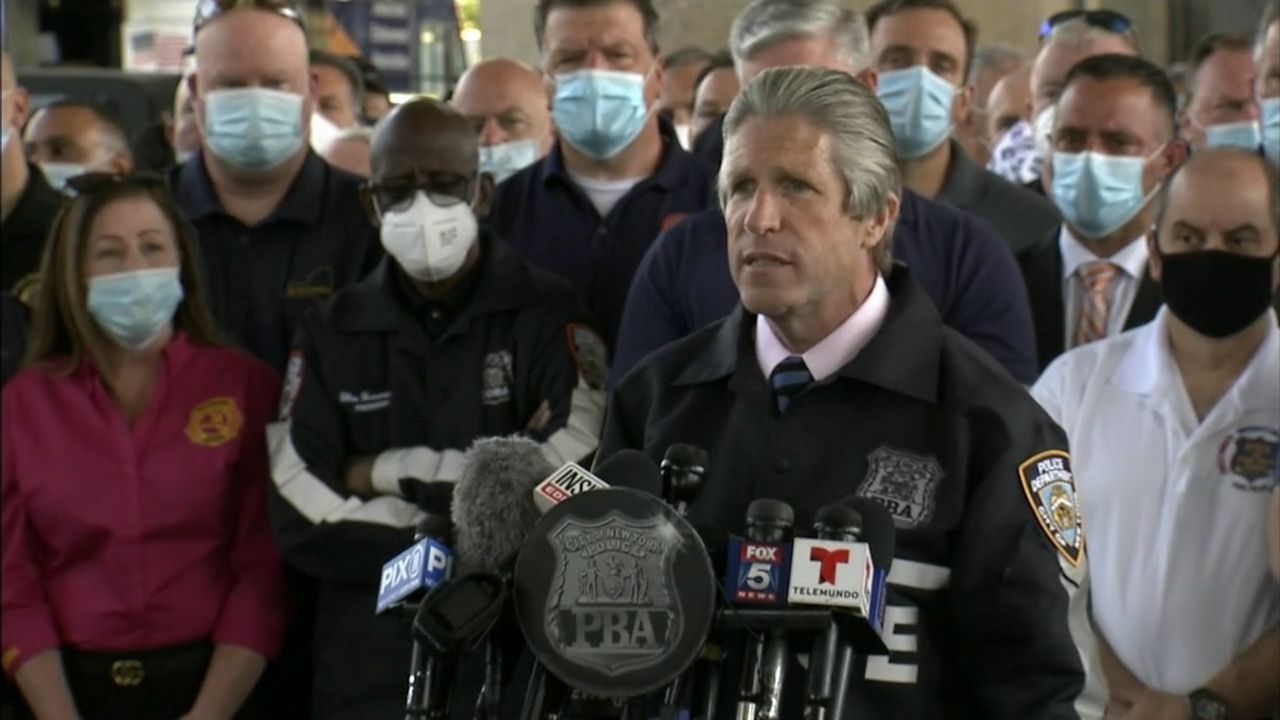 Johnson says the city's police unions have gone too far with their rhetoric, for too long and they need to be put in their place. “I think the incident was downright embarrassing for the members of the police unions who made it seem like they were intentionally poisoned at Shack Shake and then of course just hours later the PD had to say it wasn’t true,” said Johnson.

The council speaker is calling on the department of investigation, civilian complaint review board and NYPD to look into the actions of the unions.

PBA President Pat Lynch and SBA President Ed Mullins are very vocal and not shy about attacking anyone they see as against their members. Last month Mullins tweeted this about the Health Commissioner, “truth is this bitch has blood on her hands.”

This, after her department balked at giving the NYPD protective N95 masks. “We would not tolerate this behavior from any other city employees and it’s time that we take this type of behavior seriously,” said Johnson.

Johnson says it needs to be determined if unions are breaking laws or police guidelines.

The unions, which represent tens of thousands of active and retired cops, have wielded enormous clout in Albany and City Hall, but their influence has fallen dramatically since the death of George Floyd. Last week Lynch blasted the council and mayor for police reforms including the bill banning chokeholds.

“If you put your hands on the criminals, we are going to jail. I am not being dramatic. That’s how bad it is. No one has read the bills,” said Lynch.

Speaking at police headquarters, the detective union says when it comes to the shake shack incident, it only wanted to alert officers about the situation that was being investigated.

"It was information that was obtained, It was put out to my members for their safety,” said Paul DiGiacomo.

The NYPD and DOI say they have received the council's request. The CCRB says it will investigate. In a statement The Sergeant’s union said, the Speaker of the council is engaging in more divisive rhetoric to fuel the anti-police culture.