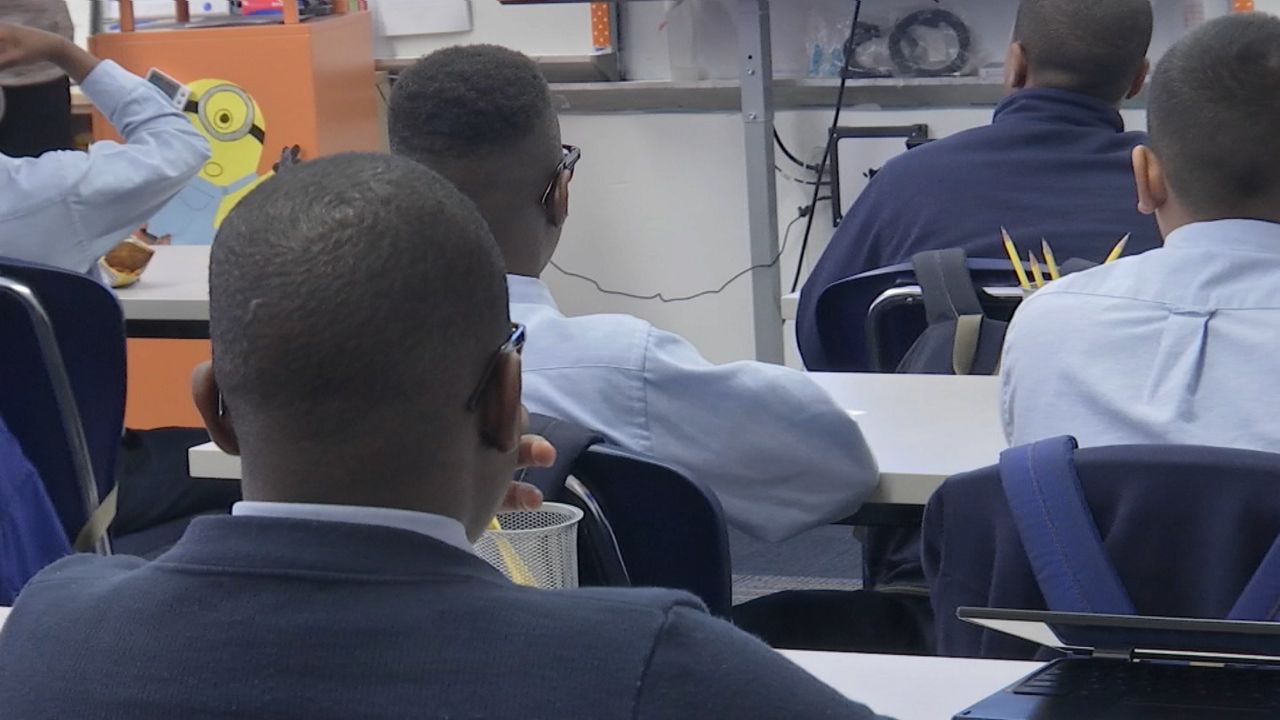 Woods and other black teachers told the school's white leaders that it recalled lynchings, and racist tropes about black children, but those administrators said they did not take it that way.

"How could you be so insensitive not to think that, and why do we have to teach you?” Woods said. “Why is it our job to teach you the insensitiveness that you have?"

The image has appeared again on a new Instagram page, Survivors of Success Academy, where current and former staff and families anonymously share experiences they see as racist at the charter network.

In the wake of George Floyd's death, the criticism has included Success's tough academic and disciplinary policies.

More than 80 percent of the network's students are black and Hispanic, and about half of the school's teachers are white. Success students widely outscore their peers at other schools, but Woods questions whether the experience they have is worth it.

“Those parents that believe that just having the word “Success” stamped on their child’s shirt is like this Ivy League thing that they’re going to go to in the world, but it does more damage than good, especially when you have teachers who are teaching your children who do not look like your children and who do not understand your children,” Woods said.

Success did not answer questions about the bulletin board, nor about whether any action was taken in response to it or if the network offered any cultural sensitivity training to staff.

The new Instagram page has seen message after message from current and former families and staff members, questioning the long-term effect of the school’s exacting standards on young children of color.

Those contributing to the page described children so afraid to use the restroom during exams or test prep that they would have accidents in their seats, and students being excluded and even humiliated in front of their peers for not scoring high enough.

NY1 also spoke with three current staff members who said they agreed with the problems highlighted in the posts, but that they were too afraid of retaliation to appear on camera or speak on the record.

One current staffer said a coworker had sought therapy to cope with the way she had been forced to speak with parents while teaching at the school, and said founder Eva Moskowitz "refuses to have any sort of real conversation about the ways her schools and policies may negatively impact students of color and staff of color."

The Instagram page was launched five days ago, as the network struggled to respond to Floyd’s death. Success has now held several town halls on race in recent days, and during them Moskowitz has acknowledged she was slow to speak publicly about the killing and the protests that followed.

Success parent Estephany Francisco, whose children won't return next year, says the school ignored bullying her oldest daughter faced until it was so bad that her daughter began to harm herself. She recalled an episode when her daughter had a fever and the school told her to give her daughter Motrin and bring her in anyway. When her child was hospitalized, the school threatened to call ACS, she said, because of her absences.

Success says it can’t comment on students’ records unless a parent allows for it.

Francisco says that when her children needed supported, they instead often wound up being disciplined. And she called Success hypocritical for speaking in support of black men who are mistreated by police, only to scold her own young black children for things like coughing in class.

Success dismissed the Instagram posts as being from former families or staff and argues surveys show parents are happy with the schools and that staff are free to share their criticism.

"A recent survey of SA parents shows that ... 96% of the parents of the 18,000 students we serve are very happy with our schools. We have held many town halls for all members of our community to express their views," a spokeswoman said.

That same survey found that only 87 percent of families felt Success supported their child’s social-emotional health and development.