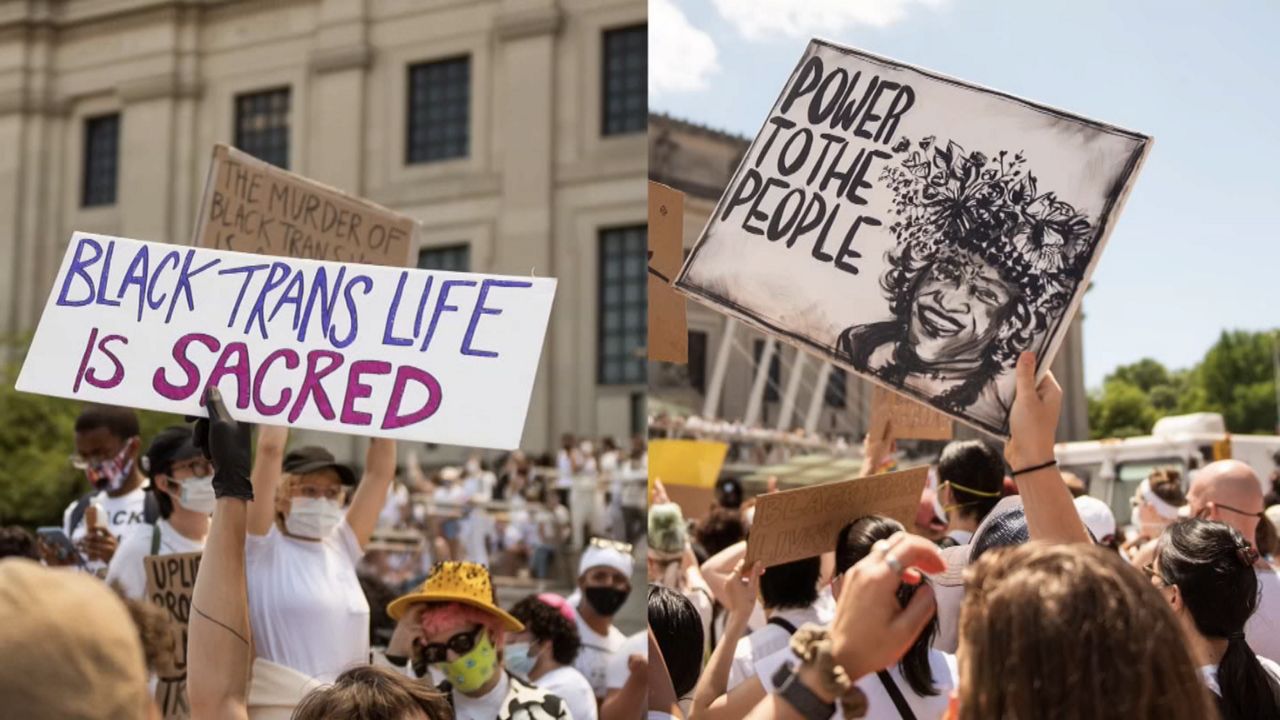 Protests at the Stonewall Inn against police brutality and a massive Black Trans Lives Matter march in front of the Brooklyn Museum are historic and reflect a growing solidarity between Black Lives Matter activists and the LGBTQ community. But from its earliest days, Trans people of color, Like Marsha P. Johnson and Sylvia Rivera, helped lead the fight for the modern gay rights movement that exploded after the Stonewall Riots in 1969.

"The uprising at Stonewall is an uprising against police," said Sarah Seidman, the Activist New York Curator at the Museum of the City of New York.

In the 60s and 70s, there was a confluence of anti-establishment causes civil rights, gay rights, feminism, anti-war and the environment. Today, the overlap of causes is known as intersectionality.

Police brutality, violence and discrimination are some of the many issues communities of color and the LGBTQ population continue to fight.

“A lot of the successes of the LGBTQ rights movement over the course of the last 15 to 20 years have been successes that are most thoroughly enjoyed by people who have money,” said Jay Walker, a co-founder of the Reclaim Pride Coalition and activist for many overlapping causes. “The folks at the lower end of the economic scale, particularly black and brown people, immigrants and trans people, have not been able to enjoy many of those benefits.”

Last year Walker helped organize the Reclaim Pride March that harkened back to the resistance roots of the movement. Instead of going digital this year, the group is organizing a massive Queer Liberation March for Black Lives and against Police Brutality.

Activist Chi Anunwa will be there. She believes understanding intersectionality is the key to fighting oppression.

"Things like homophobia, racism and sexism are used to drive a wedge among the working class and to prevent solidarity from happening between these groups, so all the more reason for these groups to work in solidarity with each other," Anunwa told us.

Seidman says this historic moment is built on decades of organizing and activism.

"So it is the confluence of long-term activism meets a kind a very combustible and somewhat unprecedented moment and we're seeing the results of that,” said Seidman.

Activist Sumanthy Kumar will also be at the upcoming march. Kumar has been protesting almost every other night for more than two weeks.