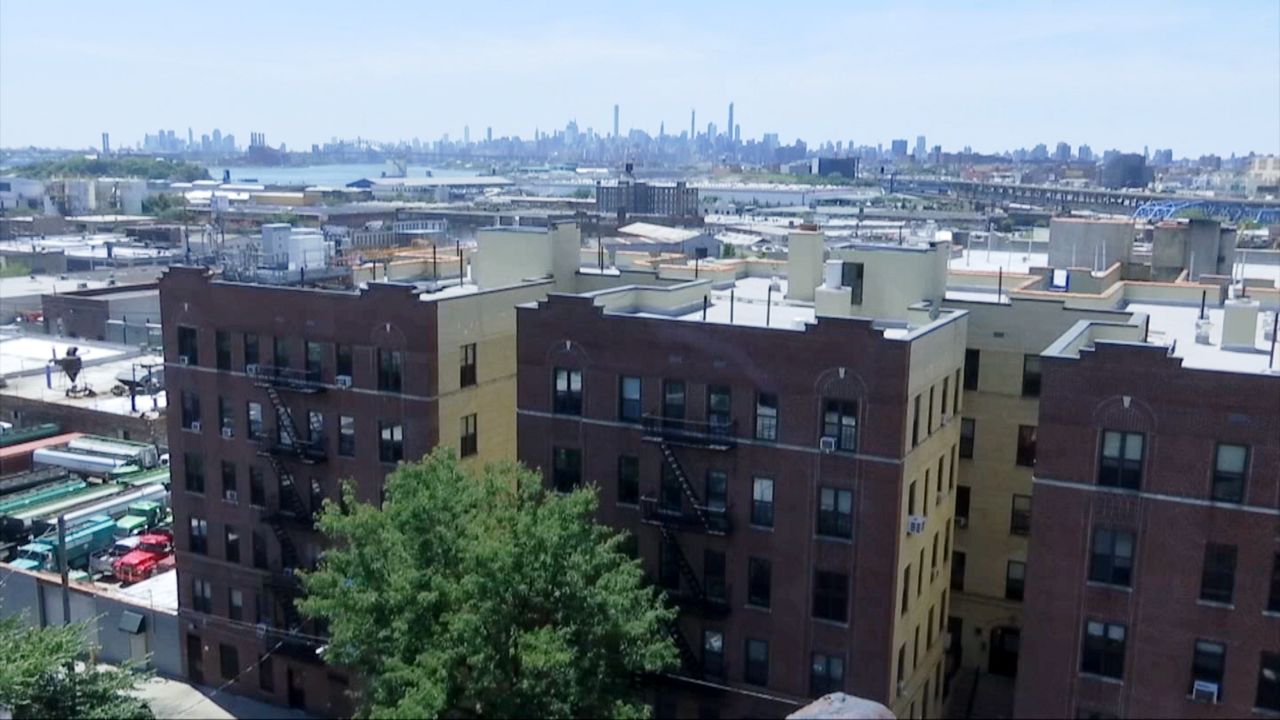 Experts say though it’s unclear how this will play out because of a lack of clarity from the city and the state about what can and can’t be done because of the pandemic.

“I am barely surviving,” said Dawn Miller. ”I have to go to food pantries to get food with no money.”

Miller has been out of work since March 11th when the food court at Brooklyn College shut down because of the coronavirus.

“If we don’t work we cant pay rent,“ said Miller said. "I know I’m gonna be one of the first ones in those courthouses with my landlord because they are calling for the rent."

She owes three months back rent, but thanks to the governor’s 90-day moratorium on landlords seeking evictions, she’s been able to remain in her apartment. That initial moratorium ends Saturday, however.

"It’s terrifying,” said Celia Weaver, the campaign coordinator for Housing Justice for All, a statewide coalition of tenant groups.

Weaver is concerned about estimates by landlord trade groups that 25% of city tenants have not been able to pay their rent in the last three months. That's about a million households, she said.

The governor did extend eviction protections another two months, until August 20th, for renters who qualified for unemployment benefits or are unable to pay rent due to the pandemic.

However, unlike the initial 90-day moratorium, the extension does not prohibit landlords from going to court to seek an eviction.

Advocates say tenants who are undocumented or who have been working for cash potentially are at risk because they might be unable to prove they qualify for the extensions. That’s tens of thousand of people, said Weaver.

While the door appears to be open for landlords to go after tenants, even though the moratorium has been extended, “There’s a lot of clarity that’s going to need to come from the city and the state about what types of cases are going to go forward,“ Murphy explained. “What does a COVID related impact mean?"

Experts say though all this is just a prelude to a more dramatic problem on the horizon.

“We have a much larger cliff coming as a city, which is when some of the Cares Act benefits, the extra $600 a week for impacted households who are on unemployment insurance right now, this expires on July 31st,” Murphy explained. "It’s going to be a few weeks before the general eviction moratorium also expires."

Advocates like Celia Weaver says there should be some kind of universal rent relief, while Murphy points out that landlords should not be left out of the solution saying the average fixed cost to operate an apartment in New York City is about $8,000 per year.

Landlord trade groups have advocated for vouchers for tenants so building owners can continue to keep their buildings in working order and pay their expenses.