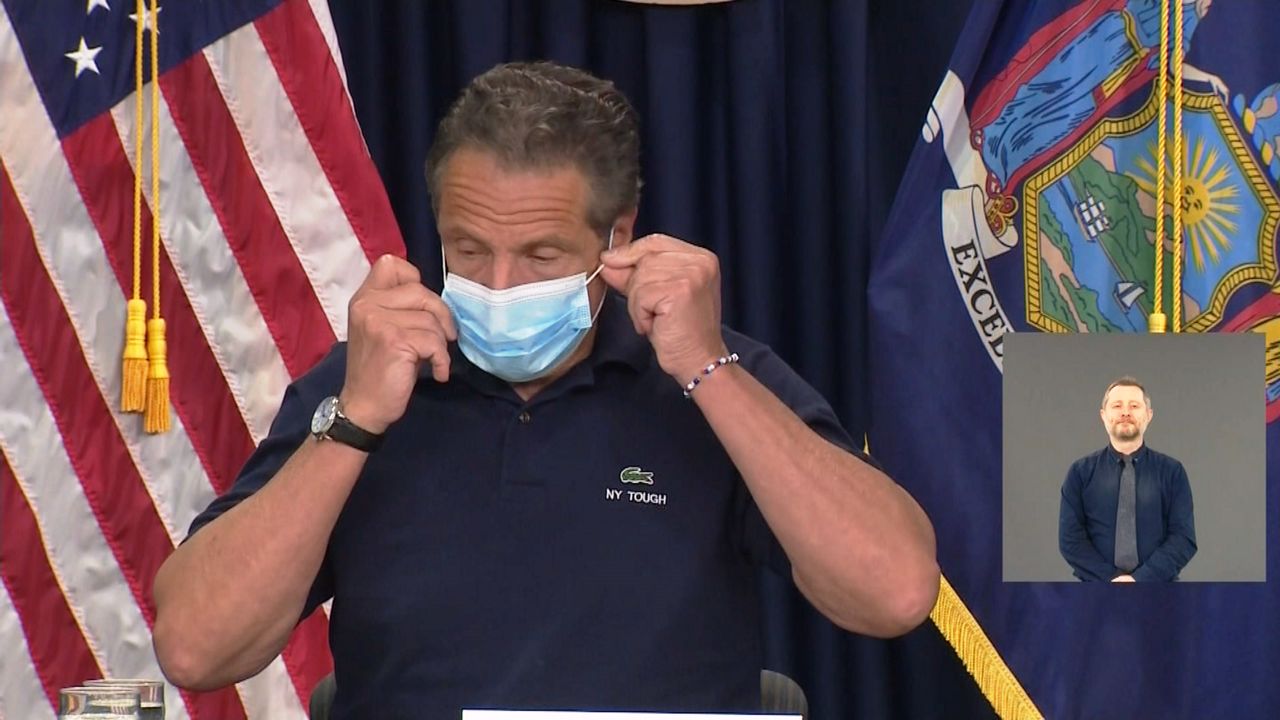 NEW YORK - For a governor who has sometimes gone weeks without an in-person briefing, these last several months have been very consistent.

Since March 2, Governor Andrew Cuomo has done a daily press briefing on the coronavirus crisis, many of them shown nationally on cable news. But on Wednesday, he announced the end was nigh.

"These daily briefings, while fun, take a lot of time, and I’m going to finish the daily briefings on Friday, and then we'll do briefings as necessary, and I’m sure they will often be necessary. But we're going to turn the page on the immediacy of this crisis," Cuomo said.

On March 1, New York identified its first confirmed case of coronavirus. The next day, Cuomo held the first of what will be 111 daily briefings when he concludes Friday.

"We think we have the best health care system on the planet right here in New York," Cuomo said back on March 2.

What followed from that day forward were a number of highlights or lowlights, depending on your point of view. Like the time Cuomo chastised President Donald Trump about testing for the virus after responding to the president’s Tweet in real time, live on TV.

“Let's respond to the president. First of all, if he's sitting home watching TV, maybe he should get up and go to work, right?” Cuomo said.

There were also moments of levity. Like a running joke during his Saturday briefings - since each day was virtually indistinguishable from the next.

There were also celebrity sightings. Like the time Cuomo was joined by actor Rosie Perez and comedian Chris Rock.

"I just got tested before I came out here. I got a 65. So just passed, just passed," Rock said.

The briefings will likely continue, just no longer on a daily basis. That may disappoint some, who’ve grown accustomed to watching them each day. But it’s also a really good sign about how far New Yorkers state has come in fighting this virus, which appears to be very much in decline. At least for now.