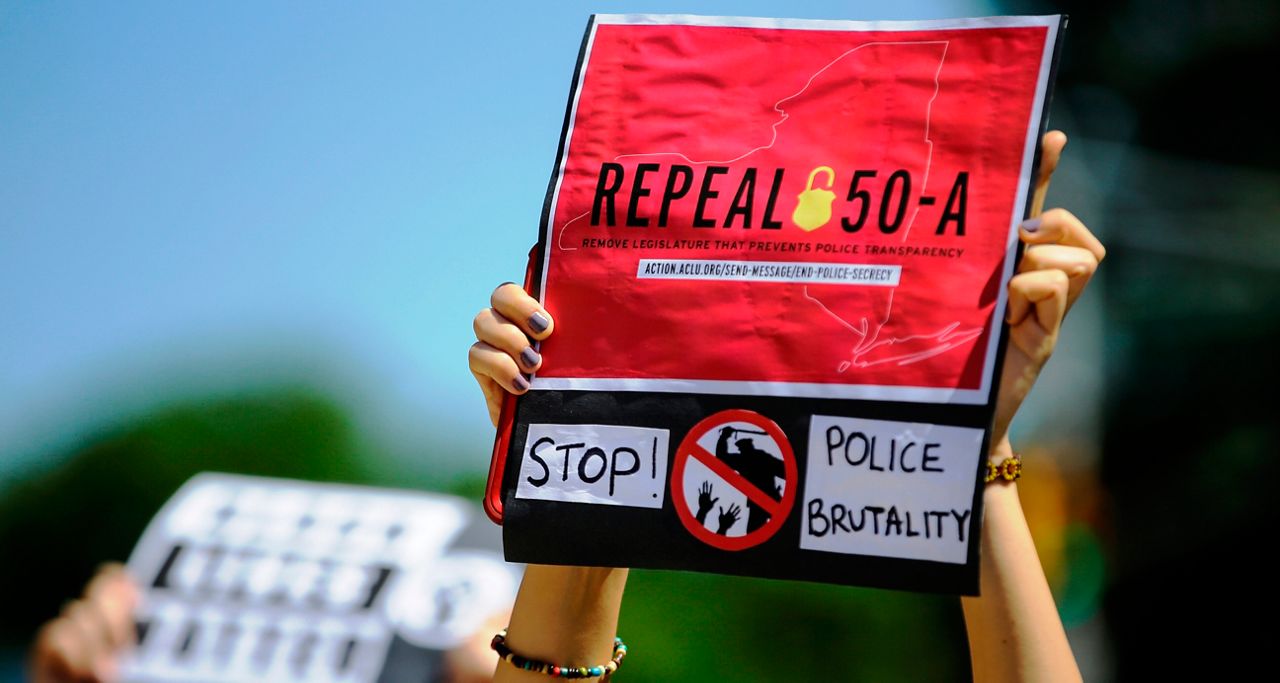 NEW YORK - Section 50-a of the state's civil rights law gained attention after the death of Eric Garner at the hands of NYPD Officer Daniel Pantaleo.

It kept Pantaleo’s record — including any prior findings of misconduct -- a secret, at least until it was leaked years later.

Maya Wiley was chair of the Civilian Complaint Review Board, an independent oversight agency, when it investigated the case, and referred Pantaleo for a departmental trial.

She laments that under 50-a, she could give the Garner family no details.

“We could not have the kind of conversation any prosecutorial authority should be able to have with the family that has filed the complaint about the killing of their loved one,” Wiley said.

Section 50-a shields the personnel records of not only police, but also firefighters and correction officers.

It was enacted in 1976 after police argued defense attorneys were digging through their personnel files in order to unfairly discredit them in court. But over the years, a series of court rulings interpreted the law so broadly that virtually all information about disciplinary matters was kept from public view.

The trend away from transparency continued under Mayor de Blasio, even as he publicly supported 50-a reform.

"This law was in the way for a long time,” de Blasio said last week.

But repeal of 50-a last week doesn't mean disciplinary records will now be easily accessible.

They must be obtained through the state’s Freedom of Information law, which critics argue allows the NYPD too much latitude to delay and deny requests.

Wiley asks: why not implement a searchable database?

“Minneapolis, where George Floyd was killed, recently had a reform where they not only said we’re going to make police discipline public, but we’re going to create an online portal so you can put in a police officer’s name, and then pull up their disciplinary records,” Wiley said.

The repeal of 50-a took effect immediately upon the Governor’s signature Friday.

Police unions have predicted the move will endanger officers’ privacy and even their safety, but the new measure does protect sensitive personal information like home addresses and medical history, which supporters say balances privacy with the need for more police accountability.