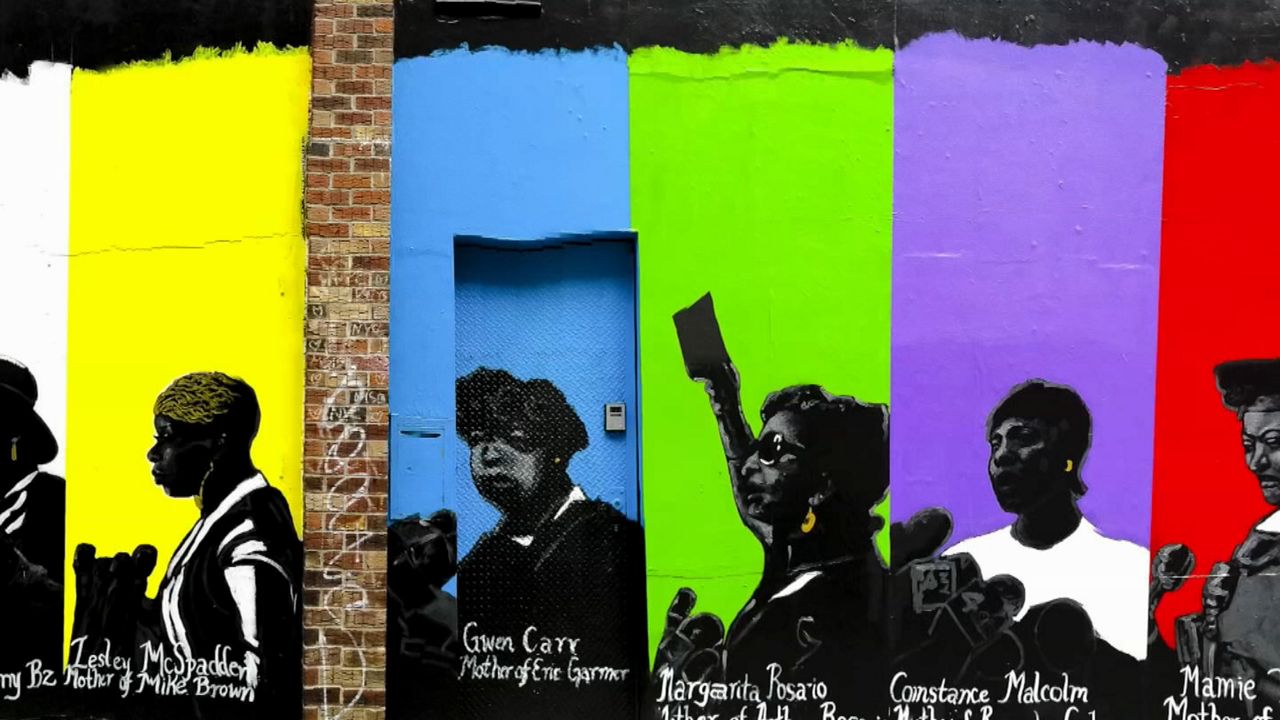 This isn't Brooklyn Artist Sophia Dawson’s first time painting a mother who’s lost her son to police violence. She’s been working on this theme for years. This 2014 mural "Every Mother’s Son” shows, among others, the moms of Eric Garner, Amadou Diallo, and Anthony Baez. All killed by New York City police.

The focus of your work as it relates to police brutality really centers on the mothers of the victims.

"In conversation with other friends who were artists, we were talking about how not everyone can sympathize or empathize with a person of color who passes away, but a mothers loss for her child is a universal feeling, so maybe that's what you should focus on as far as painting instead,” said Sophia Dawson, an artist.

Right over your shoulder we see your artistic interpretation of the young George Floyd.

“It's a portrait of him as a child being cradled in his mother's arms and so that's different because I've been painting the mothers without the victims. But I think that there is something very special about this moment, especially considering the fact that he called out for his mother as one of his last words,” said Dawson.

Dawson has created a range of work on the subject including a performance piece on roller skates. Her imagery also appears in the "A Mother’s Rite," a ballet by Jeremy McQueen also inspired by mothers who've lost their sons to police and racial violence.

“So often after the trial has ended we've somewhat moved onto the next situation unfortunately in this country that we forget that these mothers lives have been changed forever and they're giving process is something that they deal with for the rest of their lives,” said Jeremy McQueen, Choreographer of “A Mother’s Rite.”

McQueen also is leading a public letter writing campaign to send support to these moms across the country. Is there an emotional toll when you take on this kind of subject matter?

“This has been a really challenging time for me. It's really heartbreaking to see how little has improved over time in this country,” said McQueen.

“I honestly didn't want to revisit the work, it's very heavy, but it's necessary.  It is an act of advocacy.  It’s a form of prayer for me,” Dawson said.

Still, both artists say they are hopeful this moment leads to lasting change and that their works are helping to support this movement.