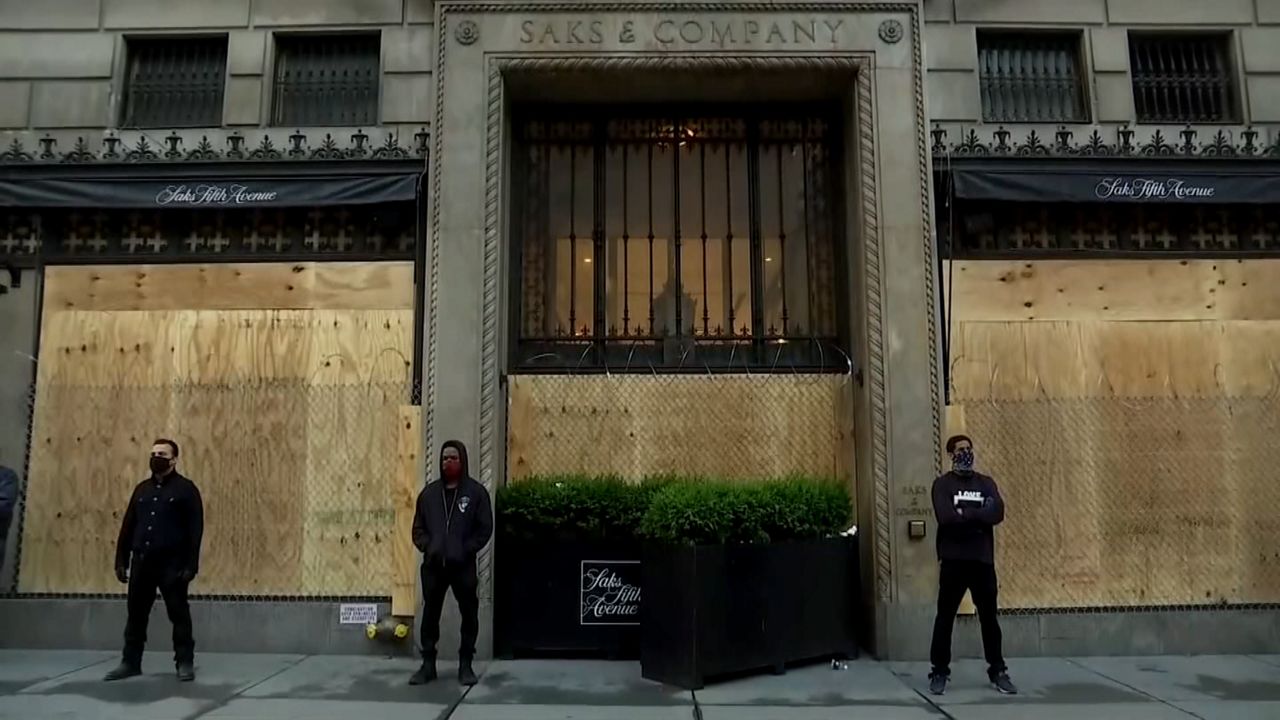 NEW YORK - With the city in a state of unrest, some businesses, residential buildings and even home owners are hiring private security guards to safeguard their properties from potential looters.

Mike O’Neil, a 22-year NYPD veteran who headed the department’s counterterrorism division, is the chairman of MSA Security, a private security company.

O’Neil told NY1 since the incidents of looting and vandalism started in the city, the request for more private security guards has increased.

For example, Saks Fifth Avenue, which is not one of O’Neil’s clients, took some extreme precautions, including hiring more than a dozen private security guards.

The luxury department store also brought in specially trained dogs and installed barbed wires to keep looters from getting inside.

O'Neil said while 95 percent of his clients are retail locations, there are some homeowners and property managers who are bringing in additional needs to safeguard their spaces.

“People are concerned about their locations getting broken into, windows getting broke, people getting hurt. Makes sense. People see what’s going on, on the news. So we’re getting a lot of those requests,” O’Neil said in a phone interview.