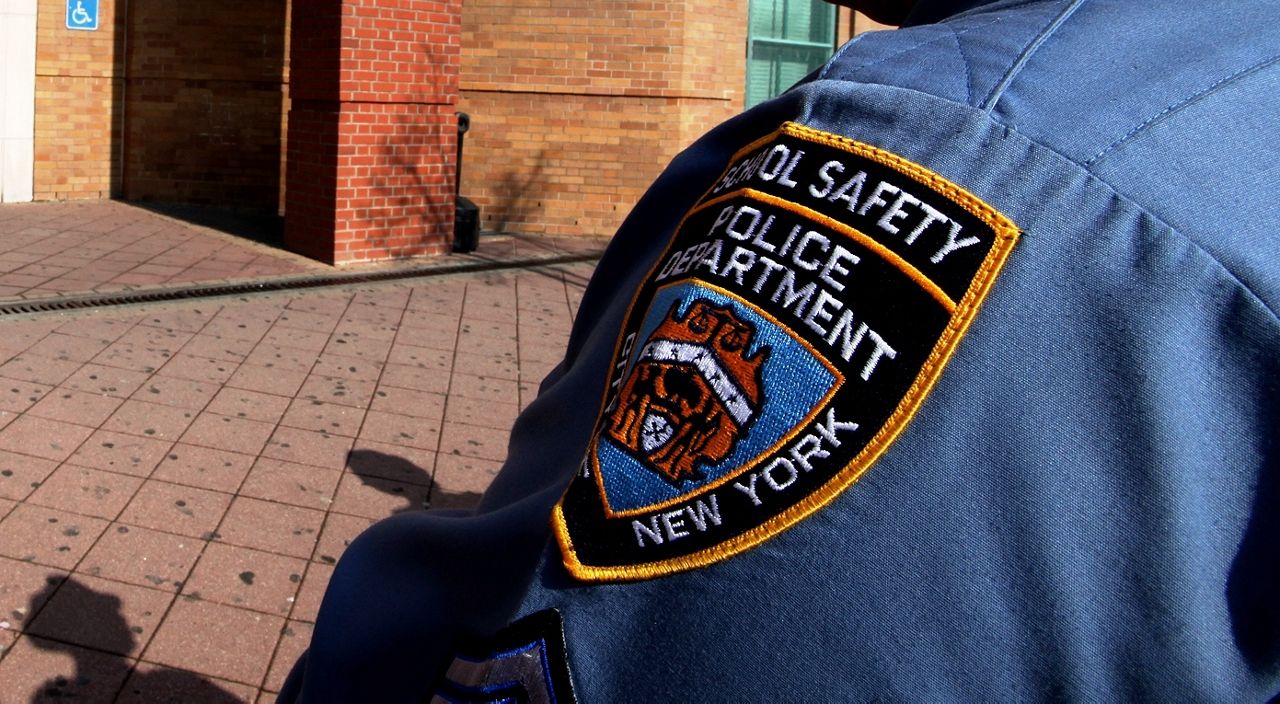 NEW YORK - After the Minneapolis School Board voted to sever ties with the city’s police department following George Floyd's death, some advocates are renewing calls for New York City schools to do the same.

“The same encounters we see on the streets are happening to our children and our babies in our classrooms, we have seen kids as young as five handcuffed by the NYPD in their schools for having a temper tantrum. We do not need police to deal with our children when they have a crisis, we need counselors and support staff to deal with our children,” said Jasmine Gripper, Executive Director of the Alliance for Quality Education.

Since the Giuliani administration, the school safety agents who work in the city’s public schools have been employed by the NYPD, under a contract known as a memorandum of understanding. That contract was renewed last June, with reforms aimed at limiting student arrests, but advocates say reform isn't enough. They want the contract canceled, especially with the city staring down cuts to school budgets.

“I think one of the reasons we’re having this conversation right now is because the school safety division costs our schools  $300 million that we simply don’t have,” said Johanna Miller, Director of Education Policy at the New York Civil Liberties Union.

Seventy percent of students in city public schools are black or Hispanic. But the NYCLU says those students make up 90 percent of those arrested in schools.

“There’s actually very good research that shows that when police are stationed in a school, arrests for non-criminal violations and minor misconduct go through the roof. So it’s actually the presence of police that leads to more arrests, it’s not the behavior of the children it’s the behavior of adults,” she said.

“At schools in New York City, it looks like students standing in a line around the corner every day before they go to school to go through a scanning process that is administered by school safety agents in many schools, and students are yelled at, cursed out and told you know, take off your belt, imagine going through TSA every single morning when you try to go to school,” Sawyer said.

Whether these calls for change will be heard at City Hall is unclear, just last year Mayor de Blasio shot down his self-appointed Schools Diversity Advisory Group's suggestion that he study the idea of folding the school safety division back into the education department.

Asked about the role of the NYPD in schools, the Education Department pointed to the reforms enacted last year and noted arrests in schools dropped by 52 percent in the final quarter of 2019.

“We stand against racism and police brutality, and at the core of our work we believe in anti-racism. Our goal is to build that community trust and respect between all students and all staff in our schools to keep students safe,” DOE spokesman Nathaniel Styer said. “It’s why we’ve invested in restorative practices, implicit bias training, and culturally responsive education. This is a moment for us to reflect on our shared responsibility to do better by students, listen and continue to make improvements to strengthen our community.”