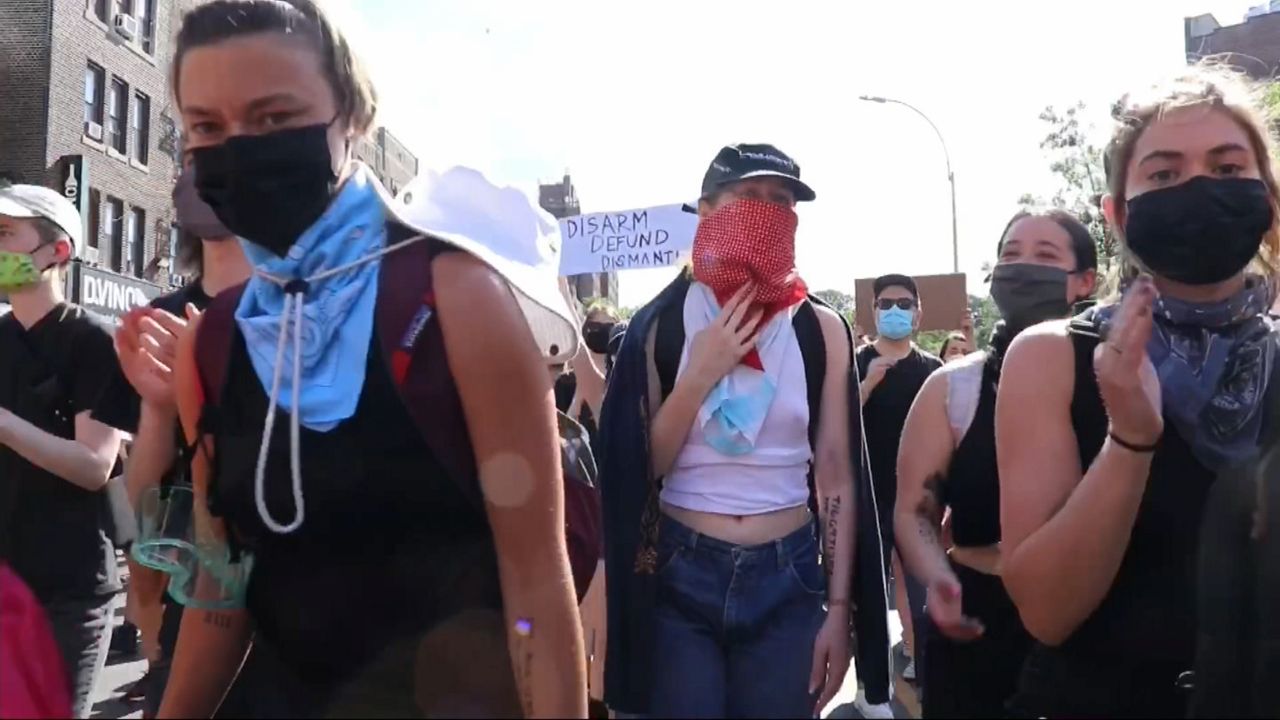 Could Protesters Set NYC Back in its Coronavirus Battle?

NEW YORK - For months, New Yorkers have been cooped up in their apartments.

New Yorkers are still supposed to be staying home and large gatherings are prohibited, but thousands took to the streets over the weekend to protest the death of George Floyd by Minneapolis police.

And in the aftermath of those protests both the mayor and the governor now say the demonstrations could set the city back fighting COVID-19.

“And now mass gatherings, in close proximity, one week before we open New York City. What sense does this make?" Cuomo said.

Looking at the footage, some protesters have masks on. Some don’t.

Social distancing does not exist during demonstrations like this.

“I can’t think of a better way to contract COVID-19 than being in a crowd with the other people where you are frequently corralled off with those sawhorses, crowd control, and people are shouting at each other and you are not necessarily aware of who is next to you because you are in the moment," said Dr. Howard Markel of the Center for the History of Medicine at The University of Michigan.

"Anytime that people interact with each other, there's gonna be an opportunity for this virus to spread. That's especially so when people are not social distancing, when they are loud, loudly, talking, loudly, screaming, shouting, all of those are going to generate droplets that may contain the virus and those with mild symptoms or maybe no symptoms at all and give this virus an opportunity to get from person to person," said Dr. Amesh Adalja at Johns Hopkins University Center for Health Security.

The five boroughs are set to enter the first phase of reopening next week, and the protests are expected to continue.