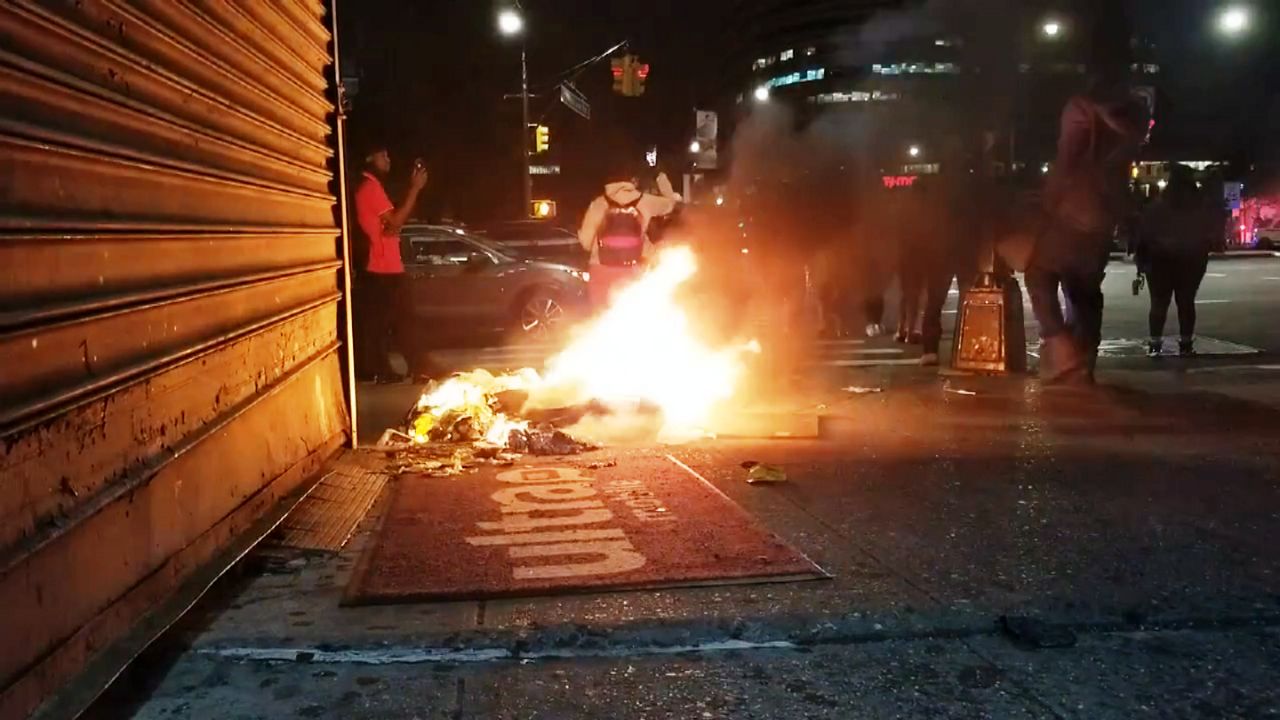 NEW YORK - Governor Andrew Cuomo says he is outraged after another night of citywide looting and destruction, and he's pointing a finger at Mayor Bill de Blasio and the NYPD.

He said at his daily coronavirus briefing Tuesday in Albany that neither party did their job.

He even entertained the idea of removing the mayor from office but declined.

Cuomo said the mayor underestimates the severity and longevity of this criminal activity.

Still, the governor has faith the NYPD can get the job done, calling on the force to deploy the entirety of its 38,000 officers.

On the topic of coronavirus, Cuomo announced the lowest number of new cases since the start of the state's crisis, 154 cases and 58 deaths over the past 24 hours.