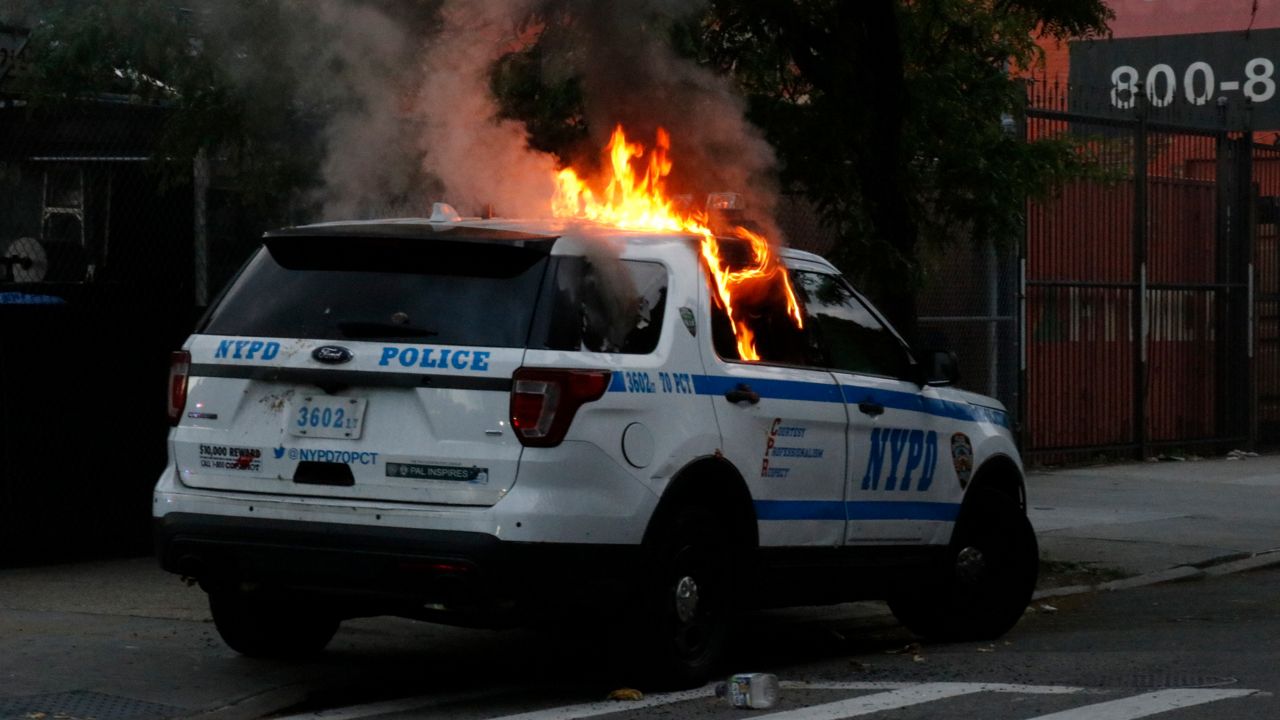 Mayor Bill de Blasio is blaming violence being seen at protests in Brooklyn and Manhattan on people with a "warped ideology."

Speaking to NY1 Saturday night, de Blasio said a "small number" of people at these protests are "clearly trying to incide violence against the police, and create property damage and vandalism.”

Police arrested more than 120 people Saturday, according to the NYPD.

De Blasio claimed the most of the people trying to incite violence are not from the communities they are protesting in, and are not even from the city in some cases.

The mayor also appeared to defend the response of police who were captured on video driving their cruisers into protesters on Flatbush Avenue and St. Mark's Avenue in Brooklyn. The video also shows people throwing objects at the cars.

While de Blasio said the video was "troubling”, he also said that a small group of "motivated, violent people" have been "surrounding police cars, surrounding police vans, attempting to do violence to police officers and to the vehicles, and that's exactly what you saw in that video."

"It is a troubling video, and I wish the officers hadn't done that, but they were being surrounded by people who were attacking that vehicle and they were in a situation where it was getting more and more dangerous, and they had to get out of there," he said.

"If those protesters had just gotten out of the way and not created an attempt to surround that vehicle, we would not be talking about this situation," the mayor added.