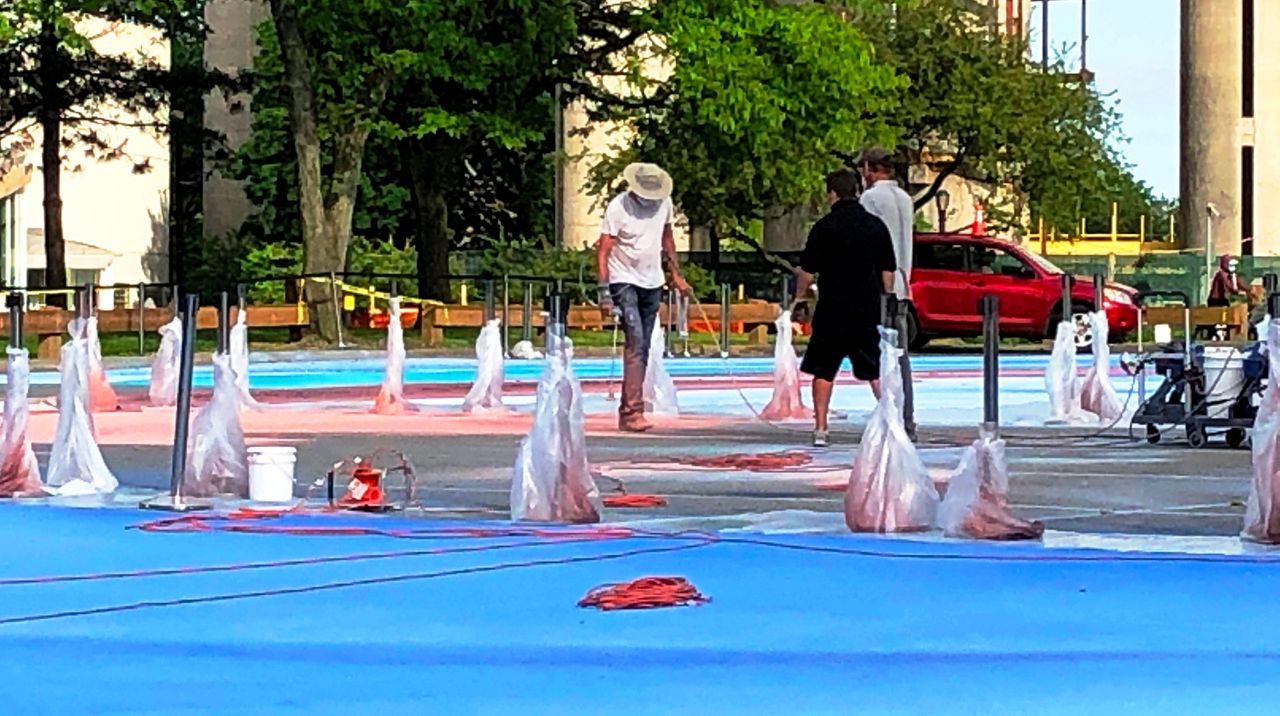 QUEENS, N.Y. - A large mural in Queens will soon pay tribute to frontline workers and to all the victims whose lives were taken by COVID-19.

Acclaimed artist Jorge Rodriguez-Gerada has been hard at work in the parking lot of the Queens Museum creating a giant mural that honors those who died from the coronavirus, while paying tribute to the frontline workers who risked their own lives to help others.

“It’s part of all of our stories,” said Rodriguez-Gerard. “I think being able to create this memorial, maybe bring a candle and think about these people and give thanks, really give thanks.”

Rodriguez-Gerada is known around the world for his work in urban spaces on a large scale, like a portrait in Barcelona, Spain, that revealed itself to be President Barack Obama, when viewed from above.

He's taking a similar approach with the mural in Queens.

When the new work is finished later this week, a bird’s eye view will show Doctor Ydelfonso DeCoo, a 70-year-old physician who lost his own life treating COVID-19 victims from black and Hispanic communities.

“A person who never quit working,” said Henry Nunoz, the Co-Founder of SOMOS Community Care in describing Nunoz. “[He] kept treating children and families throughout the first stages of this pandemic.”

A good person, a human being who always cared for the people of the community, with or without money, is how Dr. Ramon Tallaj, the Chairman of SOMOS Community Care, described DeCoo.

“Insurance or no insurance. He’d take care of everybody," Tallaj added.

The mural is presented in Corona because several low-income, neighborhoods in Queens were hit particularly hard by the coronavirus.

The mural is set to be officially unveiled later this week. And while it is expected to be on display at least through this weekend, organizers are hopeful the city and the Parks Department will allow it to remain on display beyond that.

“It’s a portrait that would make sure people who got sick and who died are not invisible!” said Nunoz, who helped commission the 20,000 square foot mural.

He believes it will have the power to resonate with visitors for years to come, long after the battle against the pandemic is hopefully won.