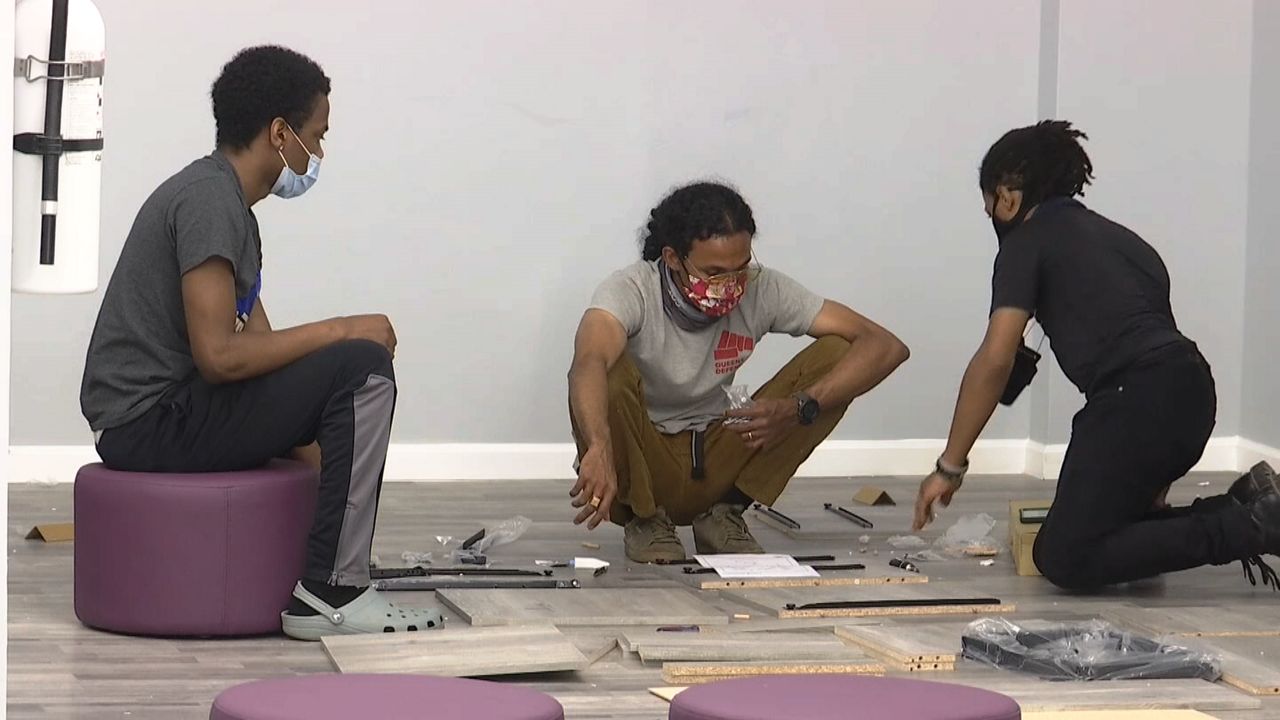 This is where low-level offenders will face a volunteer judge and jury of neighbors and be forced to take accountability for their actions but without receiving a criminal record that could have lifelong consequences.

“They come here, they own what they did. They take responsibility and then they with the community members, that will be the job of the jury and the judge — they figure out okay, what do you do to repay the community,” said Lori Zeno, the founder and executive director of Queens Defenders.

Queens Defenders is a not-for-profit group of public defenders. With the support of the local police and the Queens District Attorneys Office, Queens Defenders will run this community court. The District Attorney will help select misdemeanor and non-violent crimes committed in 100th and 101st Precincts to be settled here, instead of at the Courthouse in Kew Gardens.

“This is a way for young people not to get caught up in the system, to make sure that there are peers looking out for them and to make sure they don’t have a record that will follow them,” said Queens District Attorney Melinda Katz.

Zeno says instead of being assigned community service work like picking up trash — offenders may be sent to local businesses to work and hopefully learn something along the way. Kenneth Smith was arrested for stealing a cell-phone years ago. His public defender had his charges dropped to a misdemeanor and he was invited to a Queens Defenders youth summit. He says he’s turned his life around, and now works for the defenders. He’s eager to see this justice center open.

“I could have been in the system. Who knows, doing what,” said Smith.  "I’m willing to teach the kids how to better themselves.”

The coronavirus has complicated the center's opening. Many of the arraignments that would take place here will be done virtually. And many of the businesses that will help offenders to work off their community service are closed.