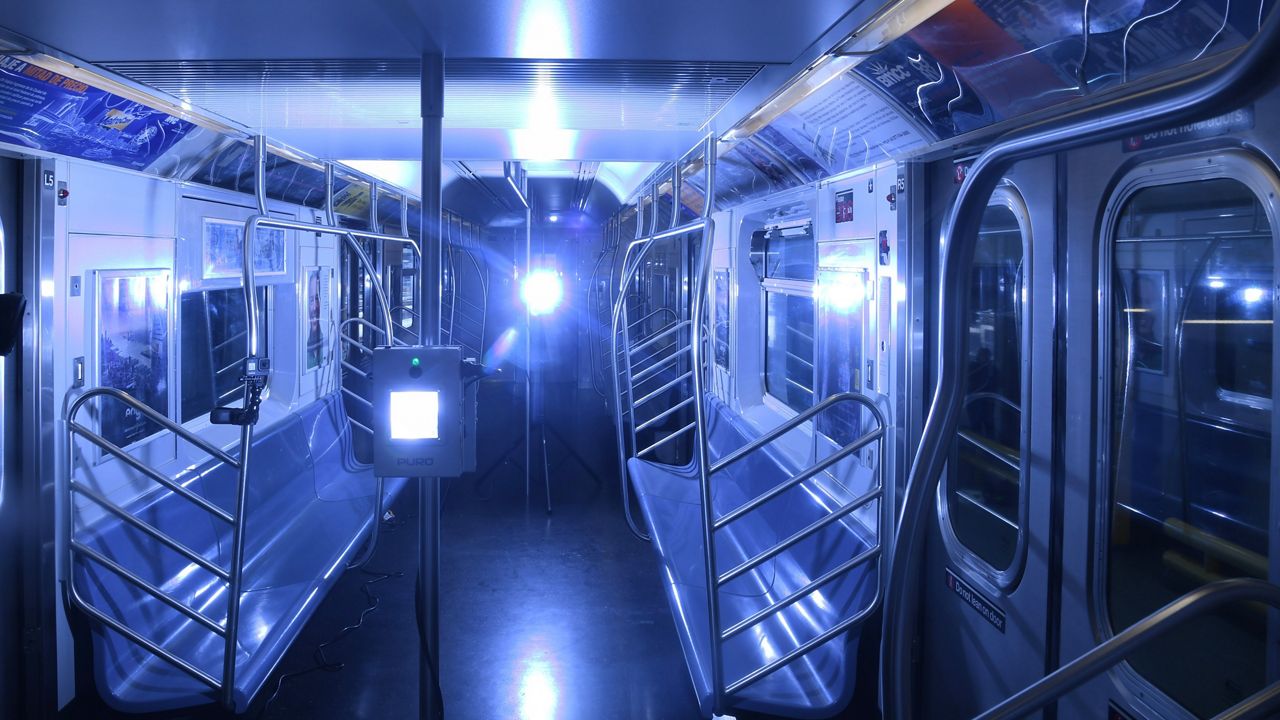 When it comes to disinfecting subways and buses, the MTA is seeing the light.

The MTA is testing devices that emit pulses of ultraviolet light that zaps the virus, leaving subways and buses disinfected.

The MTA bought 150 of them from a Colorado-based company called Puro Lighting for $1 million dollars — each one costing more than $6,500, for a three-and-a-half-week pilot program.

Puro Lighting's cofounder, Webb Lawrence, told NY1 the device is portable and can be used in mass transit.

"You can get it in and out of tight spaces, as well as, because of the size of it, you can permanently install it in, let's say, a locker room, or an operating room and you can do nightly disinfections on demand," Lawrence said.

Here it is in action pic.twitter.com/uPayAR8vF2

For about a century, ultraviolet light has been known to kill viruses and bacteria. But now, in lab settings, it's killing the virus that causes the COVID-19 disease, according to Dr. David Brenner, director of Columbia University's Center for Radiological Research.

"The results have been very encouraging,” Brenner said. “It's certainly looking absolutely that the UV light is very efficient in killing this virus."

Since May 6, the MTA has shut the subway down overnight from 1 a.m. to 5 a.m. to disinfect its fleet. Those hours of shutdown will give the MTA a chance to use these UV disinfecting lights.

"The purpose of the pilot is to figure out operationally where the most efficient and effective place to use them is,” MTA Chief Innovation Officer Mark Dowd said. "We may look at the shutdown time as an opportunity to get to spaces that normally would be occupied by people."

Transit officials plans to put out a bid for companies to sell UV disinfecting devices to the MTA.