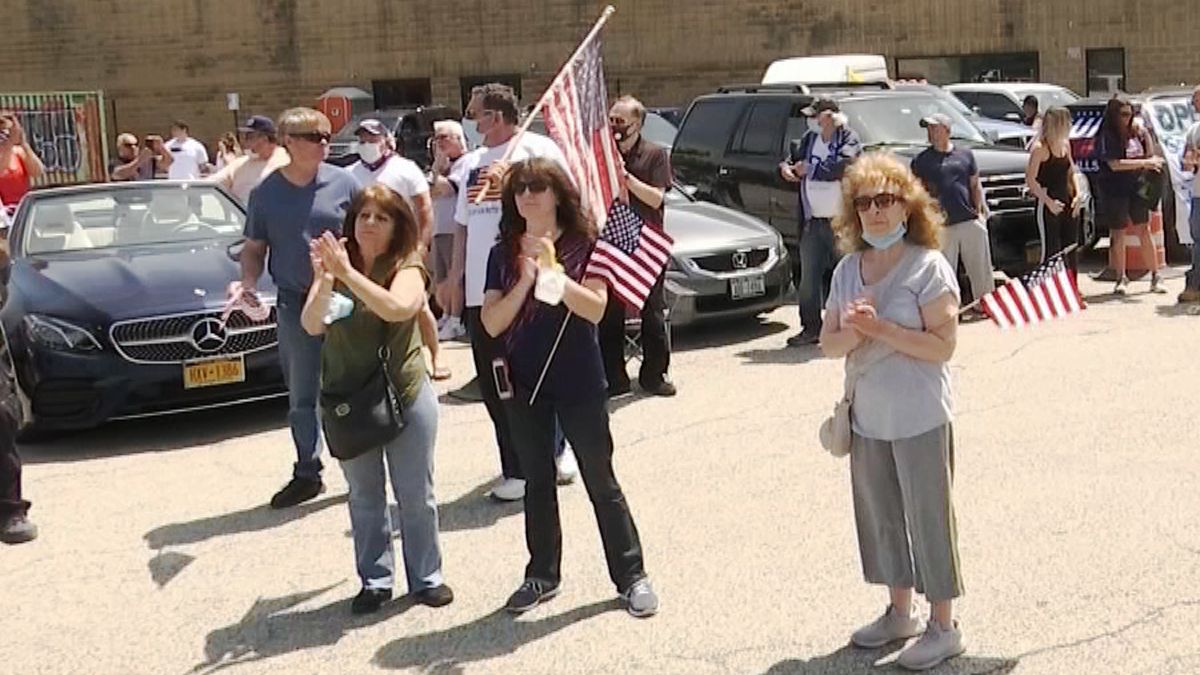 It led dozens of Staten Island residents to gather near Victory Boulevard on Saturday to call on Governor Andrew Cuomo and Mayor Bill de Blasio to ease restrictions implemented to stop the spread of COVID-19.

They say it’s the only way to save the economy.

“It’s not making sense. The first two weeks we all agreed,” said small business owner and Borough President Candidate Leticia Remauro. “No one is saying be irresponsible.”

“The virus is real, but so is the flu, so is every other illness that has happened to this country,” said Staten Islander Silas Johnson. “You stand up to it and you knock it down. You don’t coward in your house and stay afraid.”

Cuomo continues to insist he will not bow to pressure to reopen because doing so could lead to another spike in cases and deaths.

As New York is the epicenter of the coronavirus pandemic, he says he will reopen the state on a regional basis, requiring sections to meet certain indicators that show COVID-19 is under control.

Parts of upstate have already begun to slowly reopen, but the stay at home order has bee extended until May 28 for the five boroughs.

The organizer of Saturday’s rally, Steve Margarella, says the shutdown is politically motivated.

This rally is one of several recent protests in New York and other states in which citizens have urged governors to lift restrictions, however, local health and political officials have said that reopening too soon could be be a grave mistake.

A lot of the people that we spoke with at the rally own businesses. They say the longer they go without being able to reopen, the harder it will be for them to come back from this crisis.

“I own a construction business,” said Alan, a rally attendee. “We are still paying bills, it’s time to stop.”

“The governor needs to understand that the people we need to get back to work. If we can go into a Target and Home Depot and wait in line with 50 strangers, you should be able to go to the gym,” said Michele Paolino, a rally attendee.