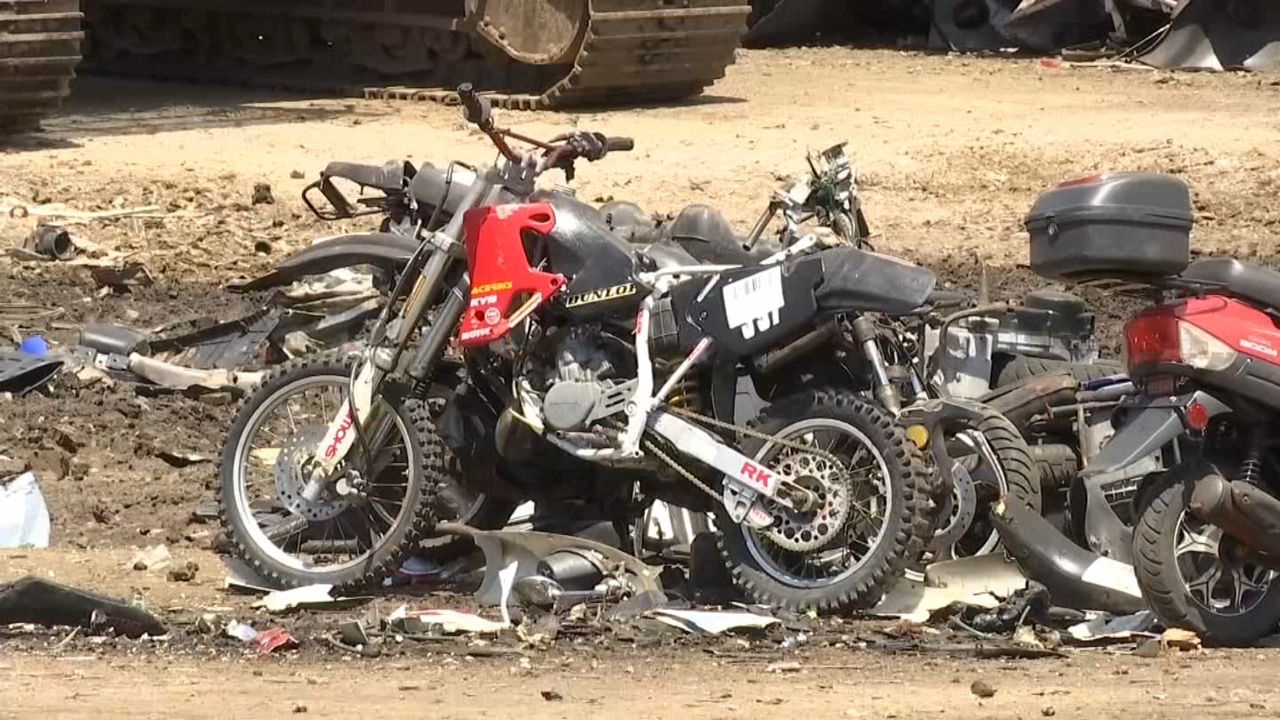 The NYPD is Turning Confiscated Vehicles Into Scrap

This is the end of the road for vehicles seized and trashed by the NYPD. It's a recycling plant on Long Island, where on Thursday, 75 dirt bikes and ATVs were crushed, scooped up and dumped on the conveyer belt to be fed into the recycling machine, along with the other piles of metal. The bikes, which were confiscated on city streets, were deemed unfit to be auctioned off and not claimed by the owners.

“We send a registered letter and then we give them 15 days, according to state law to contact us to identify if they own the vehicle or to prove ownership. If ownership is not proved or we can't identify the true owner then that vehicle gets cleared for destruction,” said Deputy Commissioner Robert Martinez with the NYPD Support Services Bureau.

At the recycling plant, after the vehicles go in, they come out in fragments.

"We take automobiles, appliances, steel fencing, any type of steel product and the way you shred a piece of paper, we shred steel,” said Kevin Gershowitz whose family owns Gershow Recycling Corp.

The hunks of scrap metal are sold to steel mills that re-melt them. The NYPD says it mostly takes possession of cars.  But all vehicles, including bikes, are stored at the auto pounds in either Brooklyn or Queens. Then they're vetted to determine if they're part of arrest evidence, are suitable to be auctioned off or not sellable because of bullet holes or other damages.

As the police work gets done on city streets, the recycling plant stays busy. It has the capacity to handle 100,000 vehicles per year.

The NYPD says the next job for the recycling plant will be crushing more than 200 motorcycles.