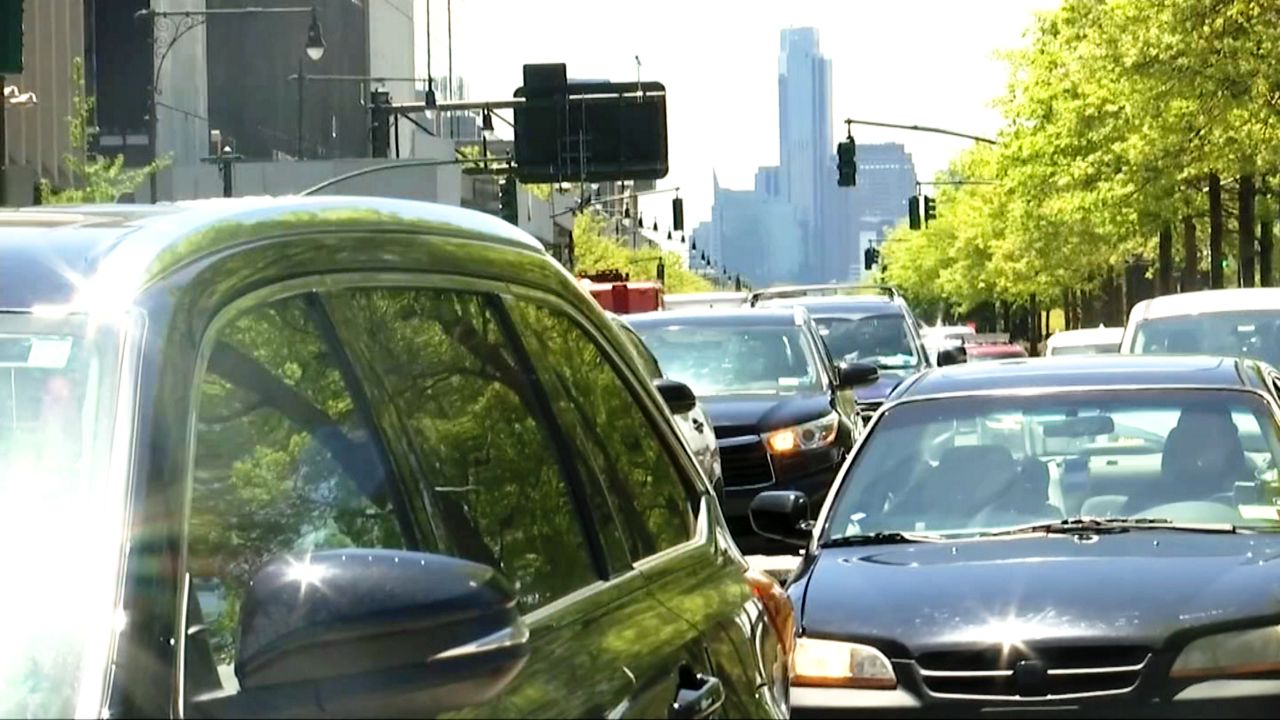 NEW YORK - In normal times, David Martinez takes the A train from his home in East New York, Brooklyn to his job as a doorman at a Midtown building.

After the coronavirus crisis erupted he eventually ditched the A train for an Acura.

"I feel safer. I'm driving alone there's nobody in the car with me," Martinez said. "In the subway, you're getting exposed to everybody else that's in there. there's no social distancing there."

Traffic data shows more and more rubber hitting the road as the pandemic drags on.

Traffic during the week of Monday, March 30 went down, to an average of 244,000 vehicles crossing the Williamsburg, Manhattan, Brooklyn and Queensboro bridges each workday - a 42 percent decline from the same week last year.

Traffic has steadily increased since then, to more than 340,000 vehicles each workday last week - a decline of only 20 percent over a year ago.

"It's not like last month. Last month it was pretty empty," one driver told NY1. "But now, you're starting to see more people and more cars on the road." 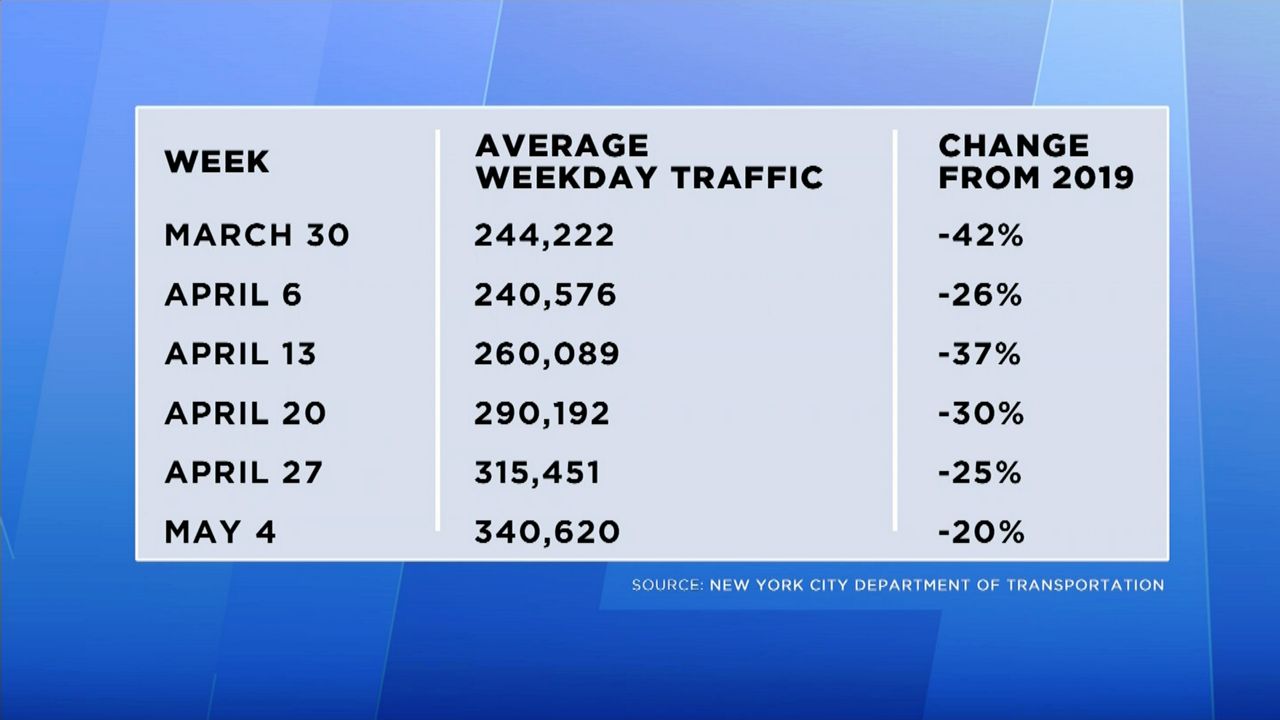 Experts believe some of the increase is the result of people who got in their cars because of quarantine fatigue, or to run errands or they had put off in the height of the pandemic.

But they also think some of the new traffic is the result of people like Martinez, the Midtown doorman, who had been commuting all along, but switched to cars to avoid mass transit.

"I gotta protect myself, my family and also my tenants," Martinez said.

"The thing we're looking at are some of the scenarios we saw in Chinese cities where they really reopened and came back but people were avoiding public transit," Orcutt said. "I think that's the real concern here in New York. How do we come back if people are scared to use the subways?"

The best case scenario for the MTA shows ridership returning to 60 percent of pre-pandemic levels by the end of the year. and if those mass transit riders start taking more trips behind the wheel of a car, that could mean congestion and gridlock on the city's streets.

“It may sort of be a strangling affect on our recovery," Orcutt said.

Experts believe traffic could become worse than it was before the pandemic. The mayor has set up advisory councils to shape policy responses to the coronavirus. Ground transportation is one of them.

One of its tasks: crafting a plan to prevent streets from becoming parking lots.