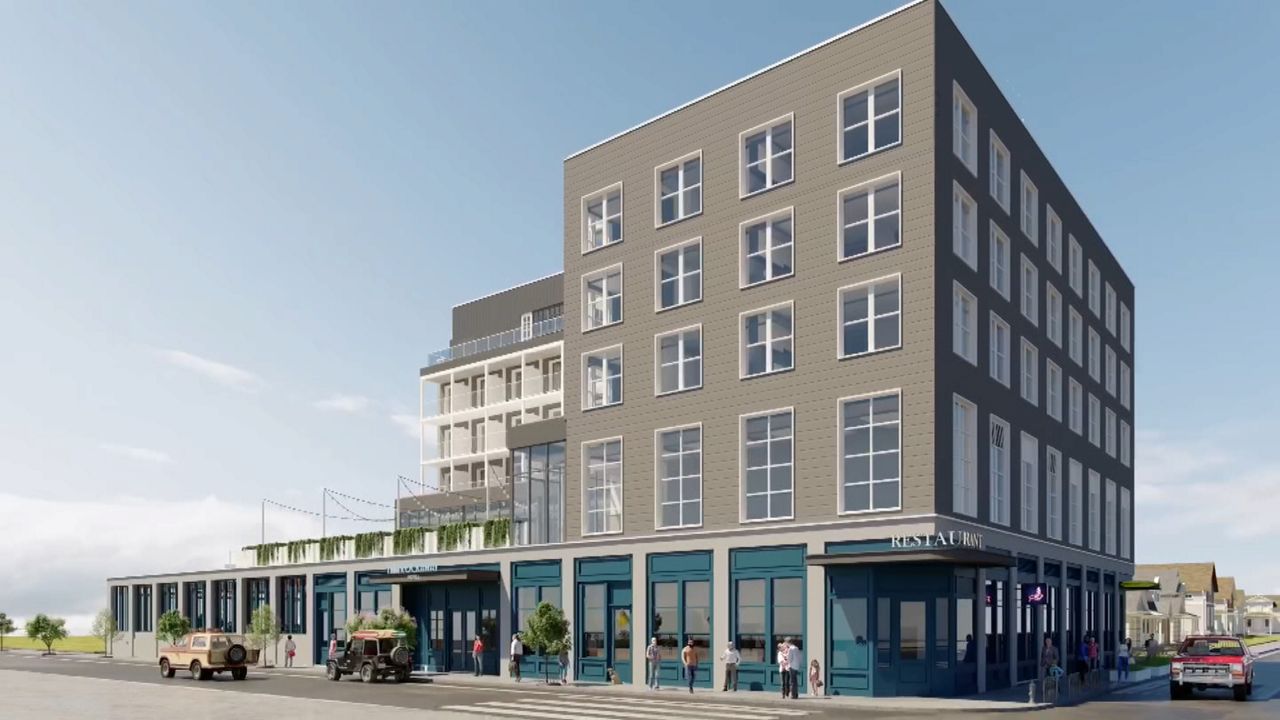 QUEENS, N.Y. - The city's economy is on pause but the owners of the new Rockaway Hotel are moving ahead with plans for a grand opening sometime in July.

"I think we all feel lucky, in a position as New Yorkers to help lead the charge on how businesses can open in the future after corona,” said Jon Krasner who is part of the team behind the new Rockaway Hotel.

The year-round hotel will have 53 guestrooms, plus eight extended-stay suites.

All will offer views of the ocean or the Jamaica Bay.

With the opening, the owners are banking that enough people will still have disposable income to book stays.

They’ve billed the spot as an urban beach getaway for surfers and cultural enthusiasts.

They also hope to make the hotel itself a destination since it’s still unclear if the city’s beaches will be open this summer because of the coronavirus.

“We’re going to open several areas where you can get food, look at art and support local businesses we want to rotate platforms for local businesses so people can walk through in an outdoor area and check out something new,” Krasner said.

"The Rockaway Hotel reflects the hard work and investment that has come to this community after Hurricane Sandy. We are resilient, and this hotel will be a true hub which will bring jobs and economic activity to our neighborhood. The owners of the hotel will follow the same guidelines and protocols as every other business in New York City. As long as the data continues to move in a positive direction I am optimistic that the hotel will open late this summer and we’re excited to see it happen,” said State Assemblywoman Stacey Pheffer Amato.

Jon Krasner of 7G Realty teamed up In Good Company Hospitality on the project.

In Good Company was founded by Rockaway Beach residents Dan and Terence Tubridy, and operates restaurants and event spaces in the Rockaways and elsewhere in the city.

Officials told NY1 that the local connection makes the developers invested in opening the 84,000 square-foot hotel, which is supposed to serve as an anchor for entire community.

“A lot of these businesses are still recovering after hurricane Sandy so its a good sign that they are opening the hotel. It’s something that’s exciting its something we really needed,” said Community Board 14’s Jonathan Gaska.

Some believe the hotel has a shot at success, in part because of the COVID-19 crisis.

“I’ve been using the term pent up demand. There are a lot of people in this borough and everywhere right now that are just dying to get out and have some fun,” said Rob McKay of the Queens Economic Development Corporation.

The hotel has more than 25,000 square feet of indoor and outdoor event space to accommodate guests.

With the hotel’s layout, the developers are now in the process of figuring out how to make everything as safe as possible for incoming guests.