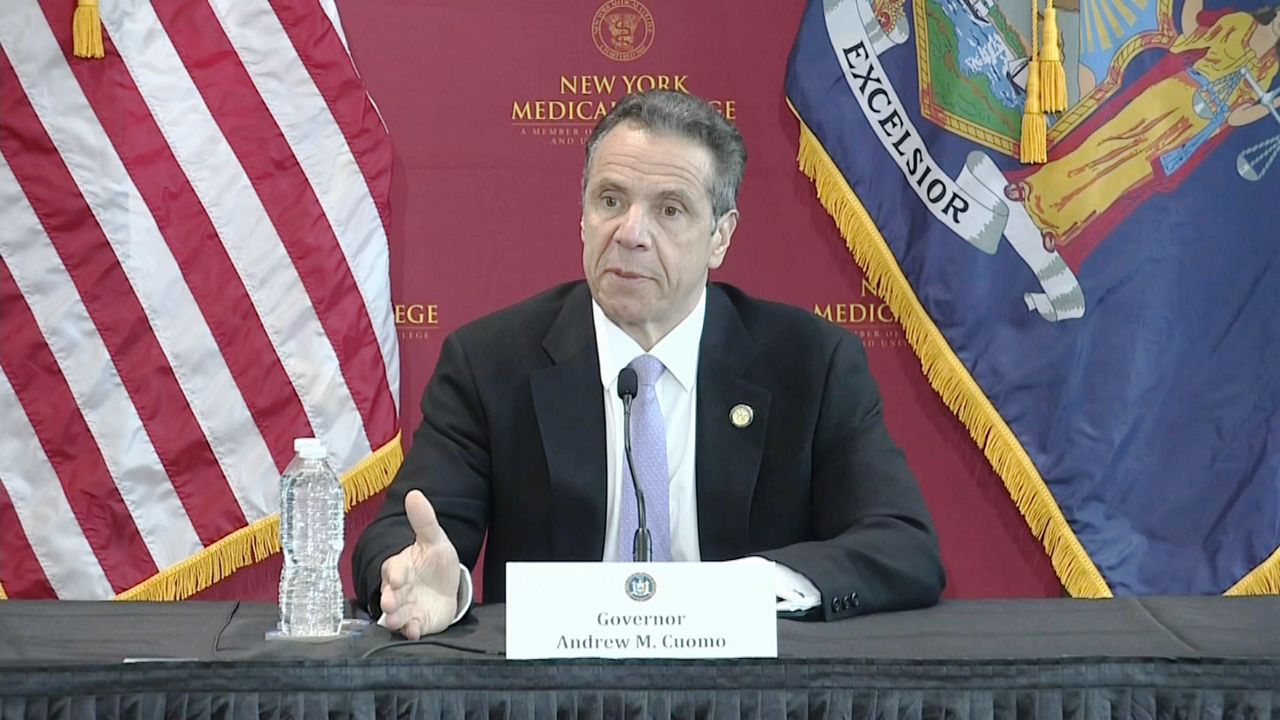 NEW YORK - Governor Andrew Cuomo is giving some help to tenants who no longer can pay their rent because of the economic crash sparked by COVID-19.

“People literally are worried about being able to pay rent. You don't work for two months and that rent bill keeps coming in. You know it's not that the bill payers, the bill collectors have taken a vacation, bill collectors work right, they still send the bill and you still get collection notices," Cuomo said during his daily briefing Thursday.

Cuomo extended a moratorium on evictions through August 20. He also waived any late fees associated with rent, and will now allow tenants’ security deposits to go toward missed rent payments.

But critics say Cuomo’s actions do not go nearly far enough, since people will still owe the back rent at the end of August.

There is even a hashtag on Twitter #CancelRent which has been circulating for weeks.

After cuomo’s announcement City Council member Carlina Rivera Tweeted, “Eviction moratorium has been extended until August 20th. This is great news, but we need rent relief now. Or come late summer, housing court will be packed with families hit hardest by COVID-19. It’s time to #CancelRent."

"Look, everyone is just making do and everyone has hardships and we want to make sure those who are most vulnerable are protected. But the number one question I get is rent and fear about paying rent and thus takes that issue off the table until August 20," Cuomo said.

Cuomo also announced new test results for people who have antibodies for coronavirus. In the city, 12.2 percent of health care workers had the virus versus 19.9 percent of the rest of the population.

"We tested 25 downstate health care facilities. Downstate New York is where the predominance of the virus was, over 27,000 employees, so it's it a very large sample," Cuomo said.

The governor has put a lot of stock in the notion that people who develop antibodies for the virus can be the first to return to the woke place. But the CDC has since said that antibodies do not necessarily mean immunity, which means people could potential LLP be reinfected. So while antibodies may prove better than the alternative, it is still not solution without a vaccine.