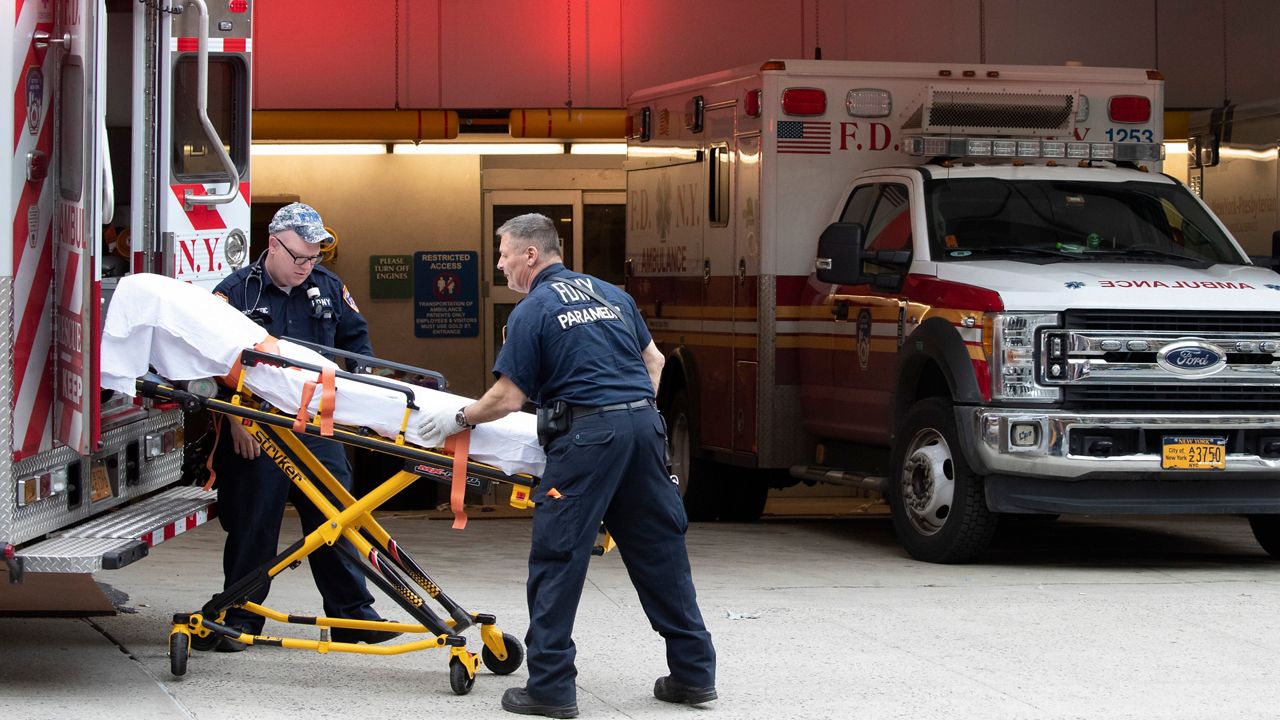 A file photo of FDNY paramedics outside NewYork-Presbyterian in Manhattan. Mary Altaffer/AP.

Statewide there were roughly 600 new hospitalizations from the new coronavirus in the last 24 hours, a number that has dropped from its peak a few weeks ago, but not as quickly as health officials would like.

A new survey of 1,300 patients at 113 hospitals around New York state suggests that 66 percent of all new hospitalizations are people who are sheltering at home. And only 3 percent in New York City had been using public transportation.

"We were thinking that maybe we were going to find a higher percentage of essential employees who were getting sick because they were going to work, that these may be nurses, doctors, transit workers,” Cuomo said. “That's not the case, and they were predominantly at home."

18 percent of new hospitalizations are from nursing homes, where there have also been close to 5,000 deaths. And less than 1 percent are coming from jails and prisons, despite warnings from advocates that prisons would be disproportionately affected.

Cuomo says the new cases are mostly seniors and retirees. 96 percent had other underlying health conditions.

The data also showed that most of the new cases are coming from downstate New York. In the five boroughs:

"When you look at where they're coming from, they're primarily coming from downstate New York, which is not surprising. Basically, equally distributed. Long Island is 18 percent, so that's a number that jumps out at you,” said Cuomo. “Rockland, Westchester, which is where we did have a problem, that's down to 11 percent."

New York state reported 232 coronavirus-related deaths in the last 24 hours, a number that has declined from a peak a few weeks ago, but remains high. Cuomo says the overall death rate is hard to track right now, due to recent changes in reporting requirements, but it's going to end up much higher than it's on track for right now.