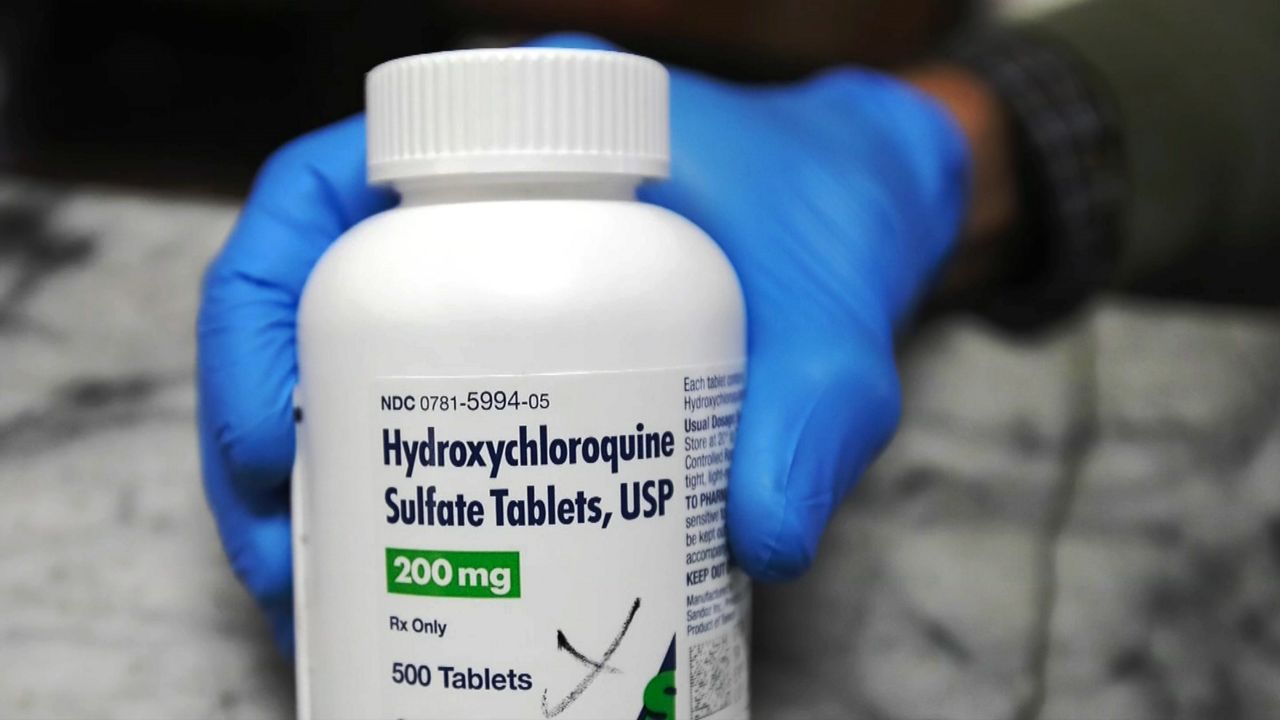 Why Hospitals in NYC Have Abandoned Hydroxychloroquine

NEW YORK - President Donald Trump put hydroxychloroquine on the map by cheerleading for the drug before researchers could determine its effectiveness.

Now, it is all but disappearing as a treatment for COVID-19.

"We know now it probably doesn’t help much," said Dr. Thomas McGinn, Deputy Physician-In-Chief at Northwell Health. "We’re not recommending it as a baseline therapy anymore. It is only in a treatment protocol in a study that we’re recommending it."

Hospitals began using the drug early on in hopes it could calm the overactive immune response to COVID-19. But now that little proven benefit has been found, many doctors here in New York have moved on.

"As of last week, we stopped using hydroxychloroquine as a routine medication in our hospital based upon the cumulative experience in our hands and in others, and recommendations by the FDA that it should not be used outside of clinical trials,” said Dr. Charles Powell, chief of the Division of Pulmonary, Critical Care and Sleep Medicine at the Mount Sinai Health System and CEO of the Mount Sinai-National Jewish Health Respiratory Institute.

It wasn’t just Trump: Governor Andrew Cuomo also expressed optimism about hydroxychloroquine’s potential. But studies, including one that looked at 600 patients in the New York City area, were inconclusive.

“Basically it was not seen as a positive. Not seen as a negative. And didn’t really have much of an effect on the recovery rate,” Cuomo said of the results during a CNN town hall on April 23.

Shortly thereafter, the FDA warned the drug was linked to heart problems, and had not been shown to be safe and effective in treating COVID-19.

“I was really looking for a study that showed that people who were treated with it were less likely to get intubated,” said Dr. Luke O’Donnell, attending physician at NYU Langone. “And I think more and more data is showing that there is minimal to no difference.”

Trump’s enthusiasm for hydroxychloroquine was again in the news this week after a top administration health official, Rick Bright, filed a whistleblower complaint, saying he had been demoted after raising red flags about the drug.