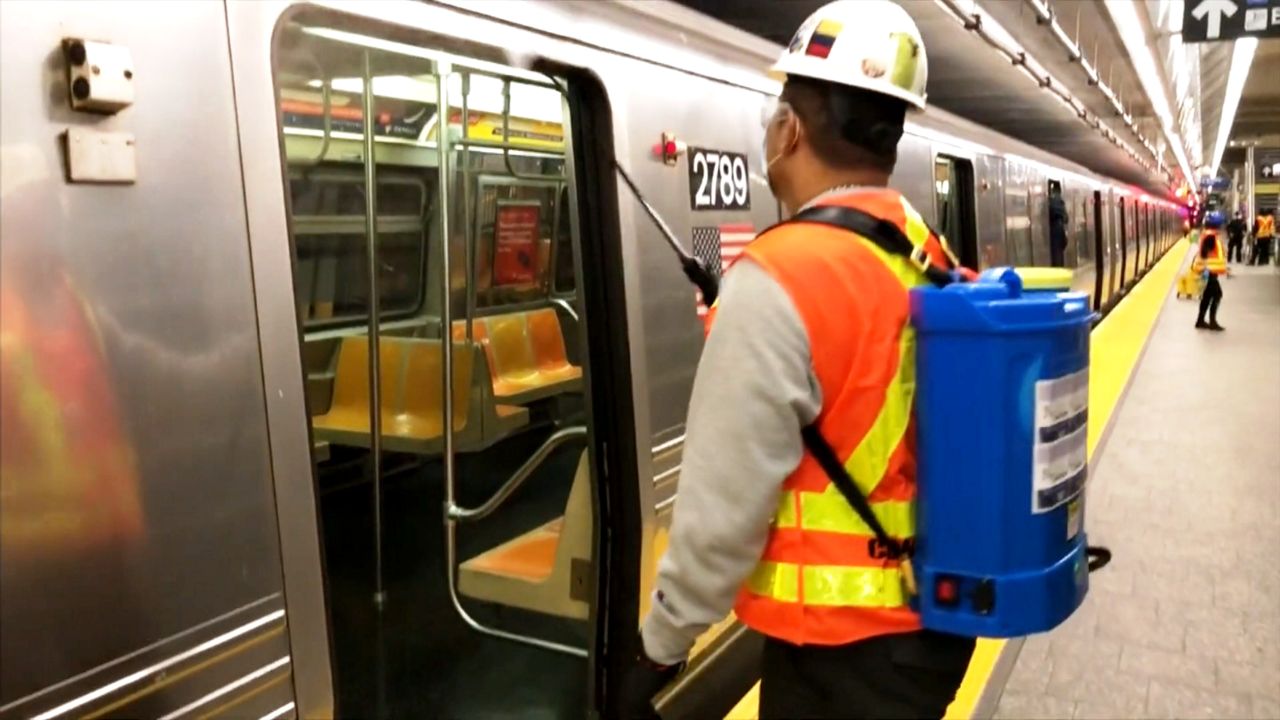 And she relies on a 24/7 subway system to get home.

“I am supposed to be finishing up, 12 o'clock, but I have to rush out the door a half an hour early to catch a train," Tim said.

That’s because early Wednesday morning, for the first time, the MTA shuttered its overnight subway service, from 1 to 5 a.m. And it will continue to do so during the coronavirus pandemic.

“When I leave at 12 o'clock I would get home like 3 a.m., that's normal, without the shutdown. With the shutdown, if I'm late, I will be home 7, 8 in the morning. So it‘s kind of nervewracking for me," Tim said.

Tim is far from alone. The MTA estimates 11,000 nightly riders will need another way to get to work or home from their jobs. So, they’ve added more than 1,100 bus trips across 61 routes, including lines that run by major hospitals.

The MTA is also letting essential workers apply on its website for a single free taxi or for-hire vehicle trip, if it’s impractical to use the bus.

It’s an effort that MTA leaders say they will fine-tune so every essential worker has a way home.

“We’ve built flexibility into the system so if we feel like we’re missing folks or we need to increase the frequency of service we’re gonna be able to do all of that. We’e gonna learn as we go," said New York City Transit Interim President Sarah Feinberg.

The subway system shut down for the first of many overnight cleanings, a move that has never been done before. “I think it went better than I had any right to expect last night,” says @FeinbergSarah. “ We have a long way to go and we’ll learn from it every single day.” pic.twitter.com/og7sAAM2t0

— Spectrum News NY1 (@NY1) May 6, 2020MTA officials say the nightly shutdown is necessary to disinfect every subway car and every station each day in terminal stations and yards.

"We expect that many of the cars of our fleet will actually be cleaned and disinfected more frequently than every 24 hours but we are committed to doing the entire fleet every 24 hours," said New York City Transit Vice President of Subways Sally Librera.

A thousand NYPD officers were out to keep people out of stations. By 1 a.m. Wednesday the only people inside the subway system were transit workers, police social workers and homeless people who had to leave the subway or accept shelter. "They deserve better, New York deserves better and we will do better to in order to get them services. So to support that we have forces of social workers employees and others and nurses at 30 strategic locations across the network to provide that support," said MTA Chief Safety Officer Pat Warren.

But it’s not that simple – some of the homeless NY1 has spoken to are afraid to go into a crowded shelter due to the virus.