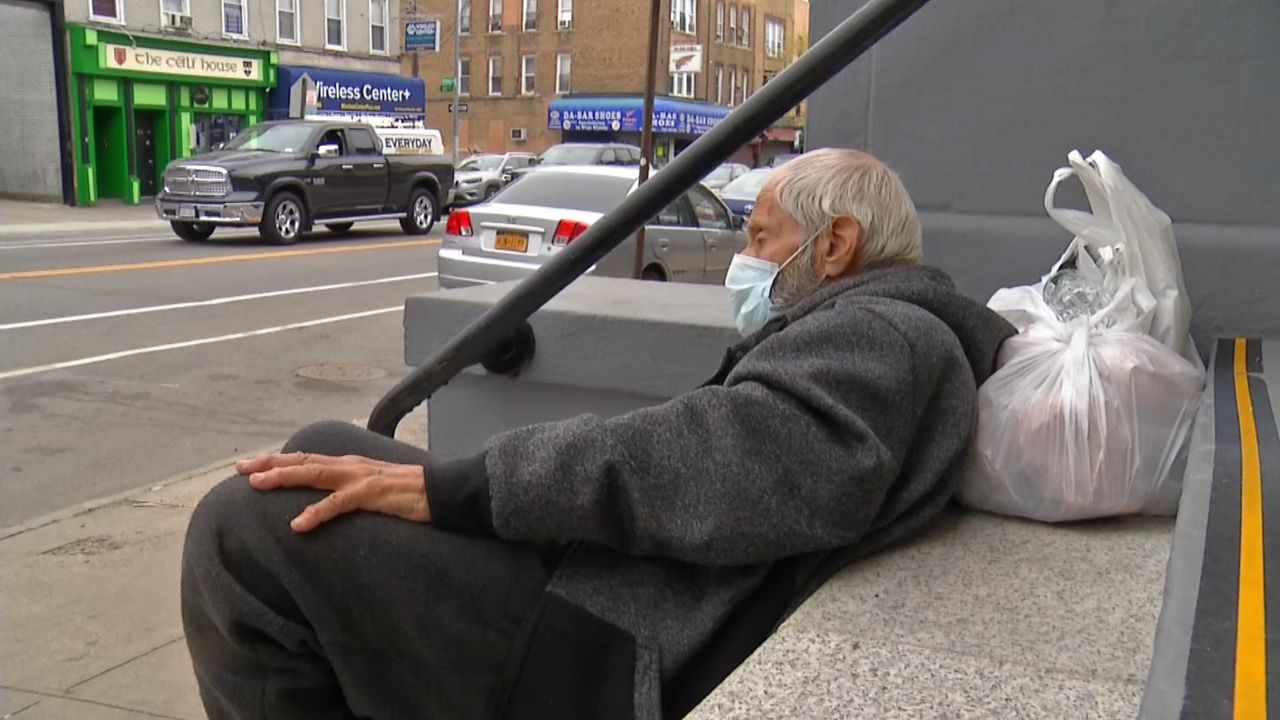 For almost 24 years — Jan Rudy has called the streets of Maspeth, Queens home. He says no time has been more challenging than right now with the city under siege from the coronavirus.

“Difficult is not the word. It’s been treachery, it’s been so enormous mentally,” said Rudy.

Rudy is 84 years old. Most nights he sleeps outdoors — although lately, he says, a friend sometimes lets him to sleep in her basement.

But he says the new normal, masks, long lines at the stores and public places closed, has taken a toll.

Rudy wasn’t always homeless — he dreamed of stardom once. He wrote some songs for the Drifters and claims he once sold a song to Ben Barton, a publisher who provided music to Frank Sinatra. He also recorded songs of his own, under his own name, and his stage name, Jay Johnston.

“I vowed to myself that I would make it,” said Rudy.

But his music career was brief and he says when he lost his regular job in the 1990’s, procuring supplies for the military, his life careened out of control. Rudy, his wife and three kids were evicted from their Bayside apartment.

“When returned I had nothing. I had to be outside the door, with my stuff on the street,” said Rudy.

His family broke apart; he ended up on the streets.

For the past three years, Rudy has gotten by thanks to the kindness of the staff and patrons at Bukowski’s Pub — who allow him to wash up — and give him meals and clothing too.

But since the bar has been closed, they say it’s been harder to watch out for him.

“Now nobody gets to see him. Especially since the cold weather, the rainy weather. We don’t know where he’s been staying,” said Don Fernbacker, a bartender at Bukowski’s Pub.

“He doesn’t go to the homeless shelters; he doesn’t go the normal places where homeless would. He’s been robbed. He’s been in situations where it’s violent. He’s 84 years-old. He can’t defend himself,” said Liz Kenny, a Maspeth resident.

Rudy says he isn’t afraid of getting sick, and he’s hoping to find a place of his own.

But his monthly social security check is not enough to secure his own apartment.

“I just want to live and be well,” said Rudy.

A challenge compounded, without shelter and the threat of deadly virus looming.