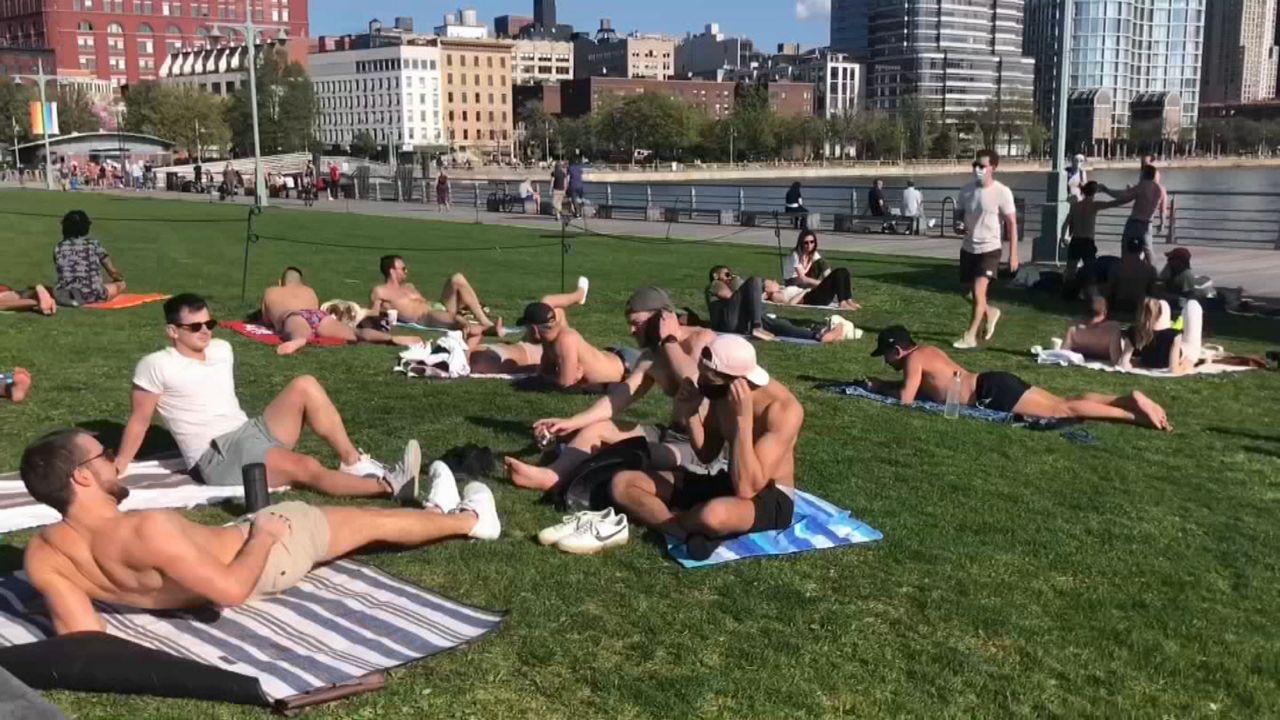 Social Distancing Practiced by Some, Ignored by Others Over Warm Weekend

As temperatures approached 80 degrees in Washington Square Park Sunday, safe social distancing could be seen being practiced by some, but certainly not others. For example, NY1 saw plenty of chess players in close proximity to one another wearing masks; however, masks were not being worn by many others sitting in groups less than six feet apart.

The apparent disregard for safe social distancing annoyed some park-goers who wanted their visit to be a safe one.

“It’s frustrating because, of course, yeah, it’s a nice day. Everyone has been inside for a few weeks and we want to talk to people who we know and see our friends, but I think it’s responsible to wear a mask and it’s responsible to stay six feet apart if you’re not quarantining together,” said Maya, a Nolita resident.

“I sorta had a reaction of being annoyed, but I’ve become sort of used to people not obeying the rules. Hopefully, they’re all healthy and it’s ok,” said another New Yorker.

Since Saturday, the NYPD says more than 50 people have received summonses and at least three people have been arrested for not practicing safe social distancing.

Governor Cuomo is urging New Yorkers who wish to take advantage of the warmer weather to act responsibly by wearing a mask.

“When we talk about New Yorkers together and this spirit of unity and how people are helping one another, and how tough we are and how smart we are and how disciplined we are, and how we love one another — show it!” Cuomo said. “You know how you show it? By wearing a mask, please.”

On Sunday, NY1 also visited Prospect Park in Brooklyn and the Christopher Street Pier in the West Village.

At both locations, our cameras captured several people who were not following the guidelines issued by the city and state.

“It’s a little frustrating. I’m doing my part. I got my mask on, and I know putting a mask on won’t protect me. It protects other people,” said another local. “So, if I’m affording people that courtesy, that safety should be afforded me because we don’t know if we’ve transmitted the virus without having symptoms.”