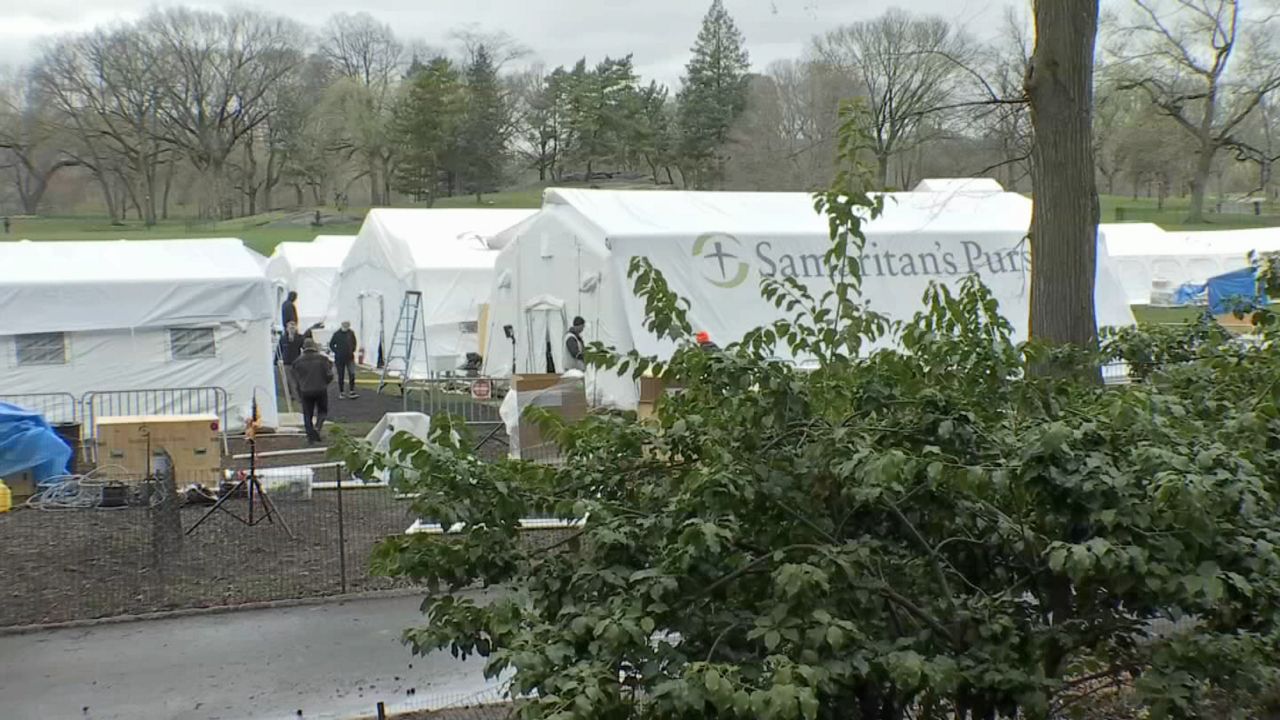 When it opened in March, the field hospital set up at Central Park was meant to increase hospital beds during the coronavirus crisis. More than 300 patients were treated at the temporary facility. Now, some are happy to see it go.

“Samaritan’s Purse will be gone from New York within two weeks,” said Natalie James, the co-founder of the Reclaim Pride Coalition. “We are very relieved and consider this to be a victory of the LGBT community and other oppressed groups.”

LGBTQ advocates rallied on Sunday against the organization that helped set up the facility. The tent hospital is a collaborative effort between Mount Sinai Hospital and Samaritan’s Purse, an organization founded by preacher Franklin Graham. The religious figure has expressed anti-gay and anti-Muslim views. Critics also accused the group of exploiting patients who were filmed at the facility. The footage was later used in fundraising videos.

On Sunday, the Reclaim Pride Coalition held a rally outside of the Hospital’s Beth Israel location, which was also getting assistance from Samaritan’s Purse.

“We want New Yorkers to know that they have been sold down the river by their officials and leaders who have not cared about them in bringing bigotry into the city,” said Ann Northrop, a member of the coalition.

Despite multiple requests from police to disperse, the group decided to hold their press conference and rally outside of Mount Sinai Hospital.

Officers did issue some citations to people present because they were in violation of the state and city bans on organized events and large gatherings during the coronavirus crisis.

“They’re trying to shut down this message to New York City that the mayor and the governor and mount Sinai hospital have brought a huge, dangerous bigot into our midst,” said Northrop.

Mayor De Blasio previously said he would monitor the group’s operations. But perhaps the sharpest criticism from a city leader, from Council Speaker Corey Johnson who tweeted: “It is time for Samaritan's Purse to leave New York City. This group, which is led by the notoriously bigoted, hate-spewing Franklin Graham, came at a time when our city couldn't in good conscience turn away any offer of help. That time has passed.”

While it’s not clear if the backlash caused the closure, Samaritan’s Purse and Mount Sinai issued a joint statement, saying they will stop admitting new patients to the tent hospital in Central Park. The organization would also wind down its support of Mount Sinai Beth Israel Hospital over the next two weeks.