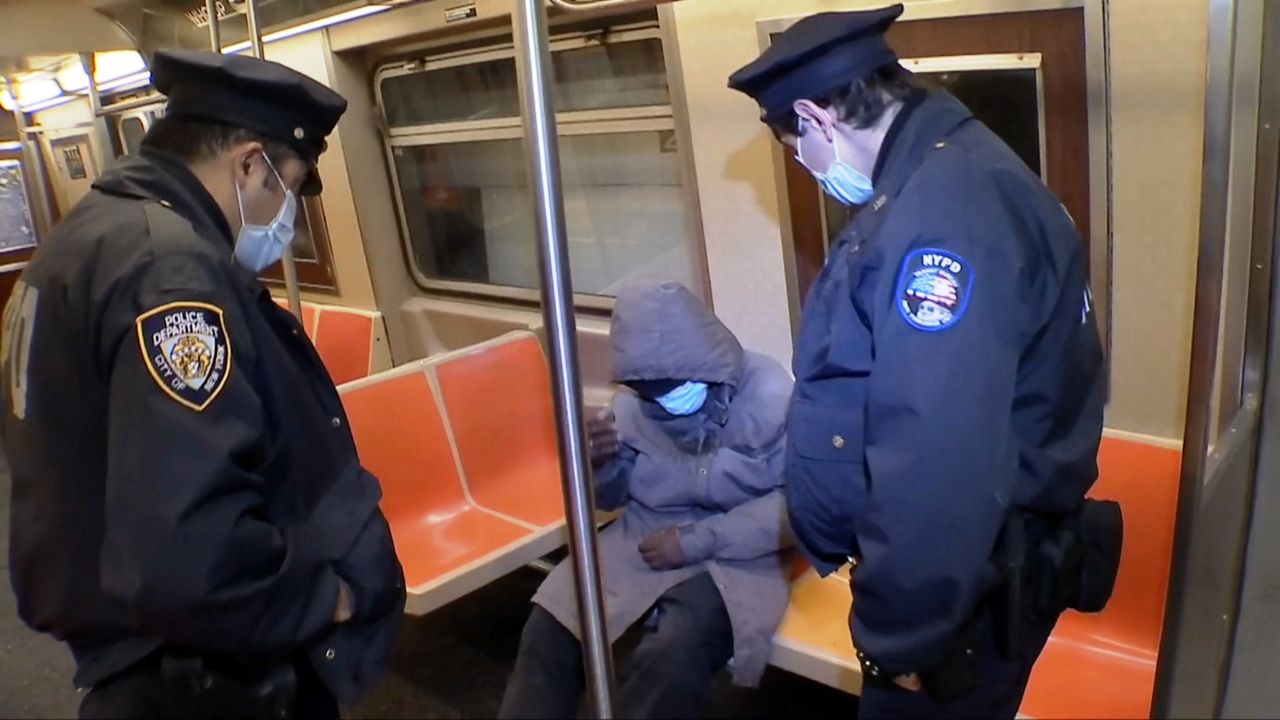 NEW YORK - Joseph Viaud is a city Department of Homeless Services worker overseeing an outreach operation at the 207th Street station at the end of the A line, connecting homeless people with shelter and medical care.

"We’ve had a busy night," Viaud said. "I lost track to be honest with you. I stopped counting at 20. So, and we’re still going.”

But on this job early Thursday morning, he has more help than usual.

Dozens of NYPD and MTA police and social services workers are fanned out across the platform now removing homeless people from trains and stations in addition to offering them shelter and medical care. It's part of Mayor Bill de Blasio's new strategy to flood end-of-line stations with NYPD and outreach workers to deal with the intractable problem of homeless people in the subway that's become stark during the coronavirus pandemic as ridership has plunged and the MTA runs fewer trains.

Transit leaders had become frustrated with the city’s past efforts.

“There is just a lot of work just to get even one single train’s worth of individuals off into someplace that’s more healthy," Warren said.

But it was distressing to some homeless people, like Mark Spencer, who's spent his nights in the subway system since leaving a Wards Island shelter because of the pandemic.

Spencer said he had never seen so many officers in a station and had never been told to leave.

"We know the reason why," he said of his ejection from the station. "The MTA is complaining about the increase of homeless people on the subway, but where do they want them to go? The weather has not yet broken and we are scared to go to the shelter because of the pandemic.”

After speaking to NY1, an MTA official said there was an incident with Spencer. He was placed in cuffs and removed for his own safety.

These homeless outreach operations come at a considerable cost in terms of manpower and finances. Raising questions about how long these efforts will last. But officials here say it is critical to keeping the subway from becoming a revolving door for people desperate for shelter.