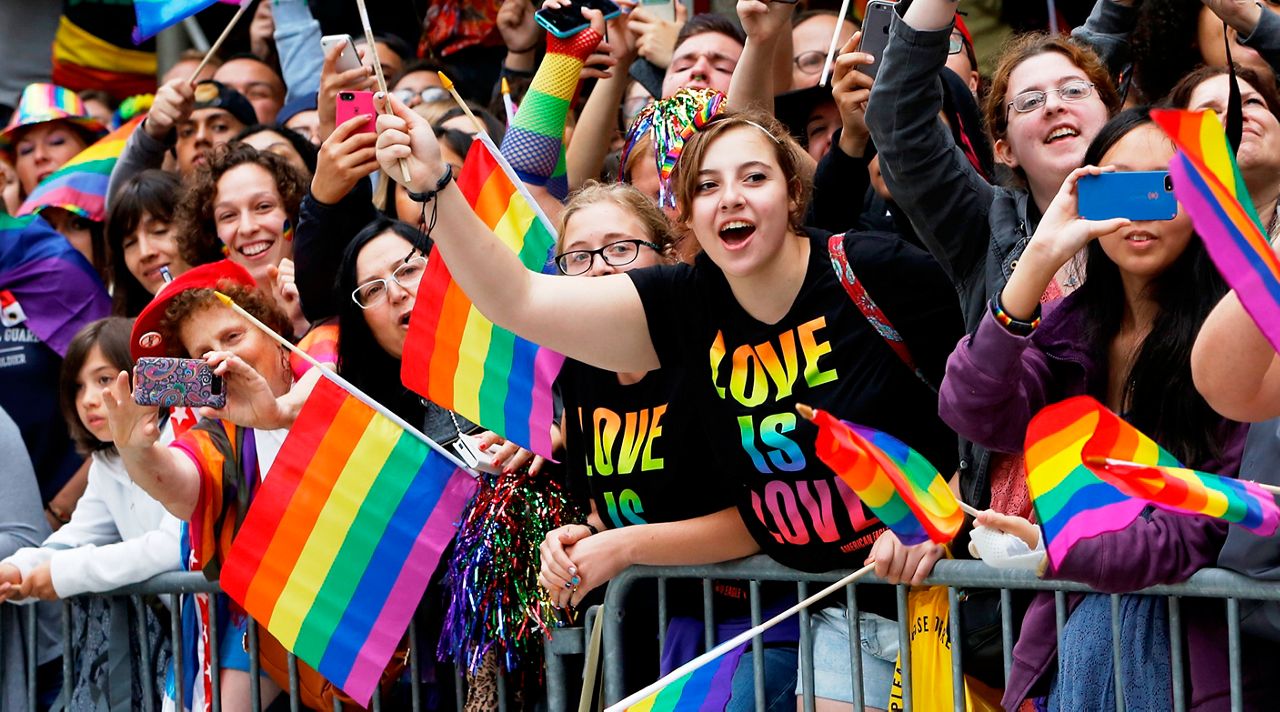 NEW YORK - Mayor Bill de Blasio says all non-essential events with city permits for the month of June are now canceled due to the coronavirus.

They include parades, concerts, rallies and large gatherings including the Pride March, the Puerto Rican Day, Celebrate Israel and Mermaid parades.

"We're going to miss all three of them, but they'll be back," De Blasio said.

The mayor says the city will work with organizers to find other dates later in the year.

"The fact that they're postponing now is actually going to help us get to that point later in the year when things can open up and be better and then we're going to work closely with them to find the right time and place to do what they do each year. The bottom line of course is to think about safety, saving lives and protecting people's health, speeding us to that day when we get more normal," De Blasio added.

This year marks the 50th anniversary of the Pride March.

Organizers are already working on moving that to later in the year when it is safe for celebrations in the city.

The news comes as Mayor de Blasio gave his daily update on the city's response to the coronavirus which show a continued decrease in the number of people admitted to hospitals.

There was also reassuring news about ambulance response times.

The mayor says the number of ambulance calls has fallen to just above half of the level at the March 30 emergency response peak.

On Saturday, there were about 3,500 ambulance calls, which is well below last year’s daily average.

On the financial front, Mayor de Blasio called out President Donald Trump for not doing more and not speaking up when it comes to helping New York City and cities nationwide during the pandemic.

At one point De Blasio made a direct appeal to the president, calling on him to financially support his hometown through the crisis.

He singled out Trump saying that a bi-partisan effort is being made in these tough times despite the president's participation.

"Even in Washington, there are people trying to act in a bi-partisan fashion to move us forward. Mr. President you're the only one who is missing in action right now. Why don't you step up and say this is the right thing to do? And you would be doing something for this whole country in our time of need," De Blasio said.

By the end of calendar year 2020, it is estimated that the city of New York will have spent $3.5 billion in the fight against the coronavirus.