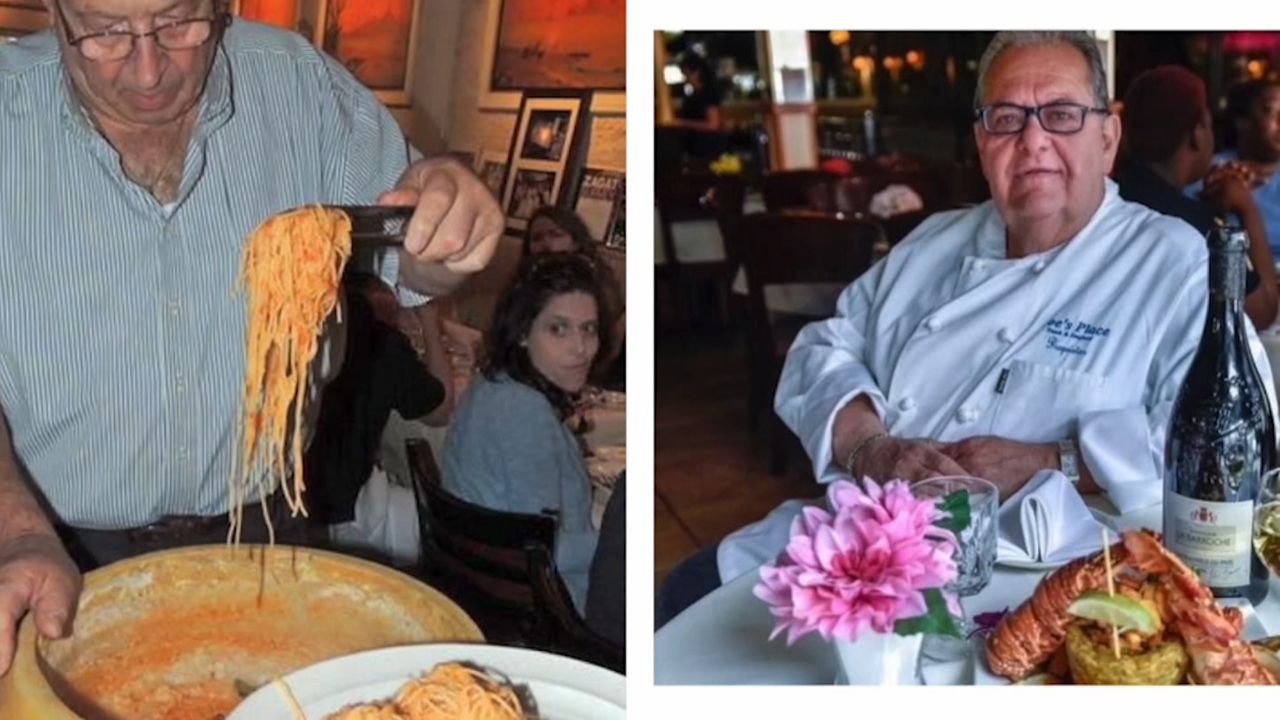 The culinary world in the Bronx is in mourning, after two long-time restaurant owners passed away due to coronavirus complications. As our Amy Yensi writes, now their loved ones are hoping to keep their recipes and legacies alive.

Their restaurants serve different cuisines, in different parts of the Bronx. Still, Joseph Migliucci and Jose Torres have something in common. They made their mark on the borough’s food scene, before losing their battles against COIVD-19, more commonly referred to as the new coronavirus.

Migliucci owned Mario’s Restaurant on Arthur Avenue. The renowned Italian eatery has been there for five generations. It began by selling pizza slices for a nickel.

“He was a legacy there. Mario’s has been there for 100 years. The community loved him,” said his daughter, Regina Migliucci-Delfino.

For 30 years, she has helped him run the business. She dropped him off at the hospital on March 31 because he had a high fever and trouble breathing. Six days later, he was dead.

“Driving to that hospital, I thought to myself, is this the last time I’m ever going to see my father? I just wanted to hug and kiss him so bad. But I have kids at home and I couldn’t take the chance,” she said.

Migliucci, who was 81 years old, had lung disease. His health began to decline. In those final moments, he didn’t stop thinking about his family.

“He kept writing me notes of things he remembered and wanted to tell me,” said his daughter.

He asked her to take over the restaurant and keep it in the family, just like he had been preparing her to do.

Over in Parkchester, flowers adorn the entrance at Joe’s Place.

“He was an amazing, amazing human being. He had a heart of gold,” said Jose Reyes about his late friend.

Jose Torres opened the restaurant in 1999, after making a name for himself preparing Latin dishes like Paella at Jimmy’s Bronx Café on Fordham Road. Jennifer Lopez posed for a photo with Torres at Jimmy’s, after enjoying his Sazon that he learned in his hometown of Guayama, Puerto Rico. Once he opened his own place, Torres would often invite musicians to the Westchester Avenue eatery.

Reyes, a close friend, was also helping him manage the restaurant. He says Torres was an otherwise healthy 73 year old and was not ready to go. He had plans to revamp the place. Reyes intends to see those plans through.

“It’s a void, an emptiness—when you walk pass that place and know he’s not going to be there,” he said.

Both Mario’s and Joe’s Place are currently closed because of the pandemic. Once they open, there will be some big shoes to fill.